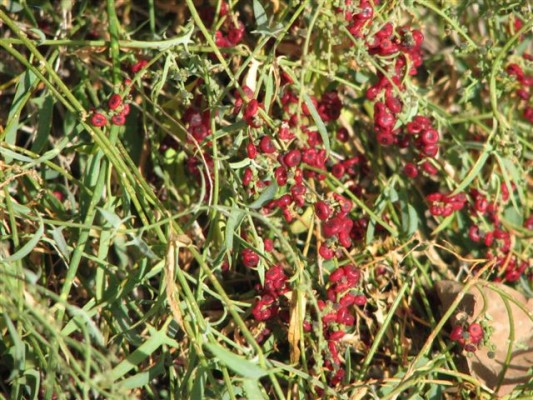 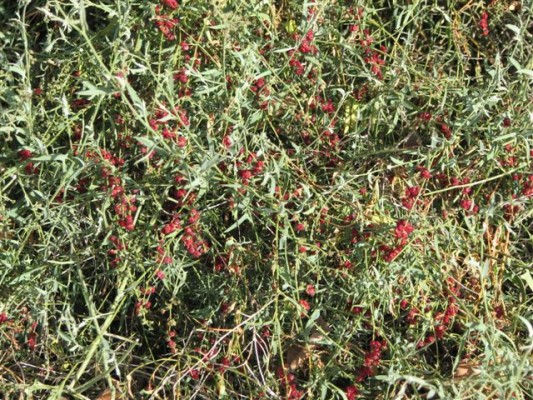 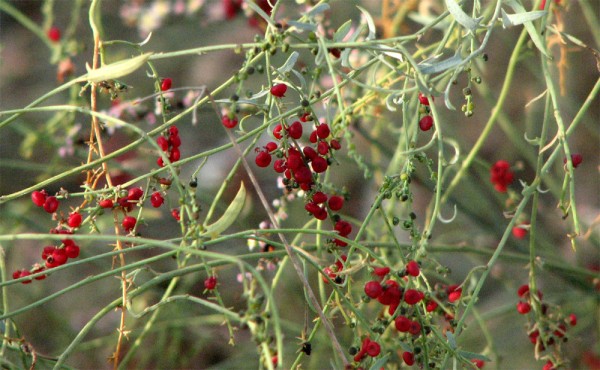 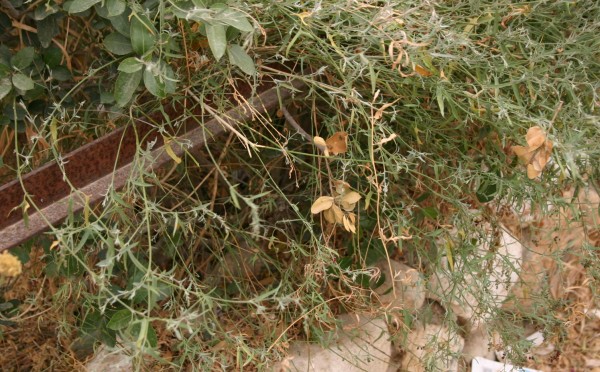 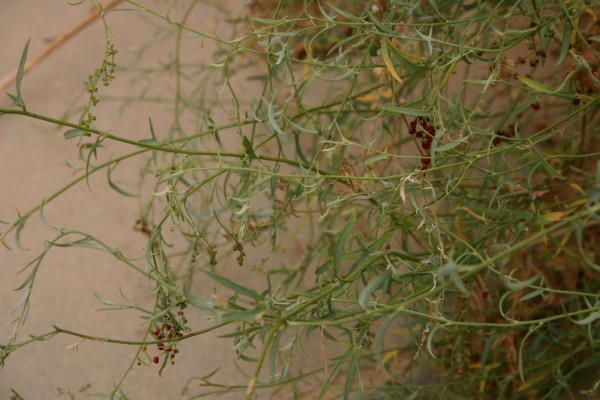 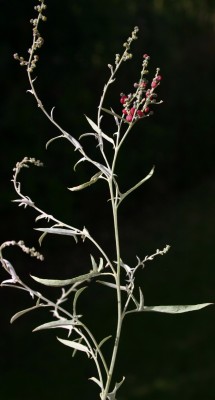 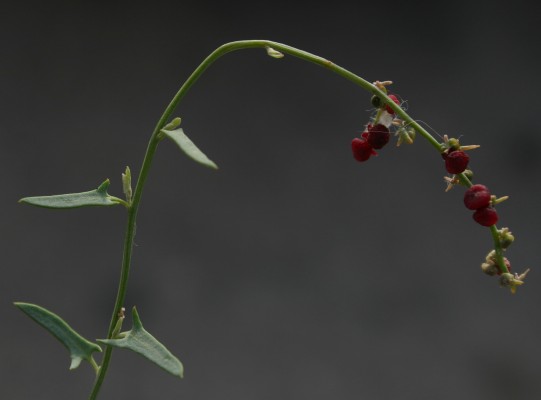 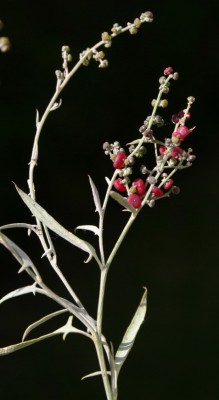 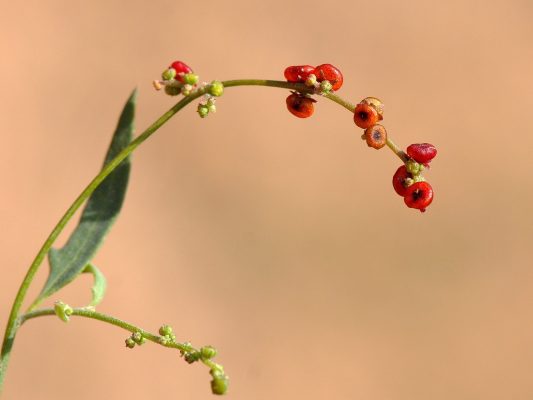 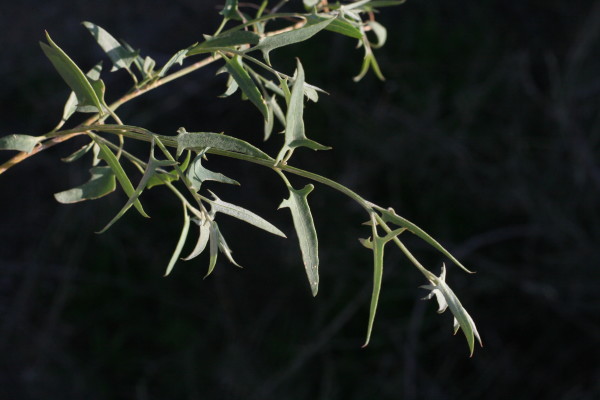 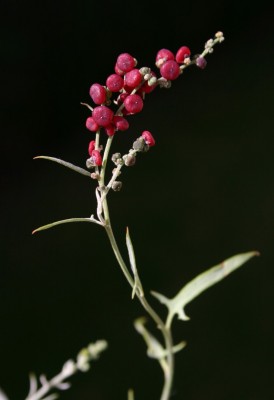 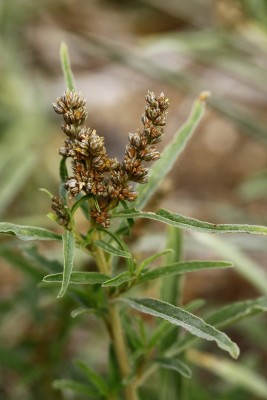 An alien plant, native to Australia. In Israel it is found  in the Philistaean plain (sand dunes of Holon) , and in the area of Beer-Sheva. This is the only climbing chenopod species in Israel. Owing to its sometimes woody base, it is defined as a subshrub.

The plant is up 1.5 m. high, with the rigid, light straw coloured lower branches, to 3 mm in diameter. They branch into thin, green flexible shoots, 1 mm in diameter, which carry leaves and inflorescences. Leaves are alternate, lax, the petiole about 1 cm long, blade to 3 cm long, hastate, narrowly-acuminate. Leaves near the ends of shoots are  lanced and much smaller. All leaves have a somewhat fleshy touch, and are densely covered with tiny scurfy papillae. Ends of shoots are sometimes slightly pendulous, and this may be the origin of the specific epithet “nutans”, meaning “nodding”.

Inflorescences are terminal, sometimes axillary, small panicles with spirally arranged branches. Flowers are almost sessile, in small clusters of 3-4; tepals 5, about 1 mm long. The fruiting perianth becomes  succulent and grows to a circular fleshy disk, 3 mm across, red and transparent, 1.5 mm thick. The seed is black, tuberculate-striate, not glossy, 1.5 mm across.

In the sand dunes of Holon the species scrambles over plants of Ephedra aphylla, Asparagus horridus, Echiochilon fruticosum, Retama raetam and trunks of Ficus sycomorus. In spite of the tender appearance of its thin shoots and narrow leaves, the plant succeeds in fully covering the surface of  some of its “hosts” (blanket-like). In Beer-sheva Einadia climbs on hedges, and in the area of  the Monument to the Negev Brigade – on the trunks of Ziziphus spina-christi.

Some scholars include this species in the genus Chenopodium, with the species name: Chenopodium nutans.

Einadia nutans in the Botanic Library