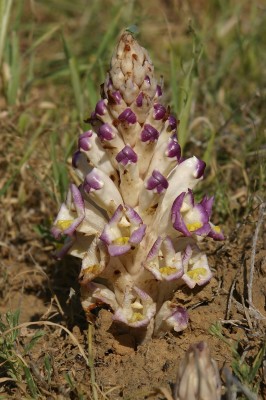 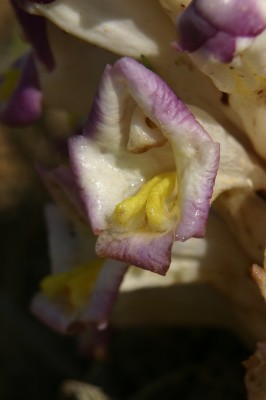 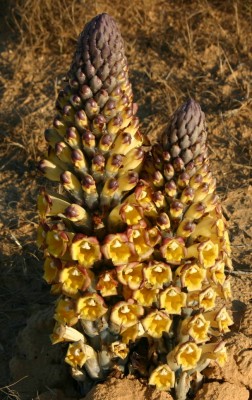 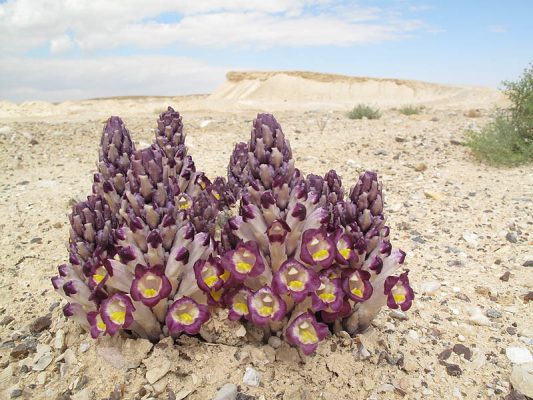 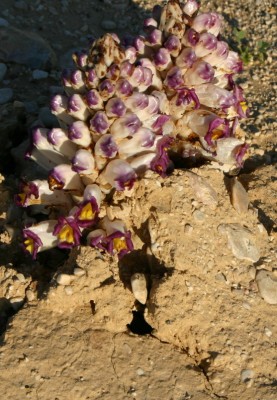 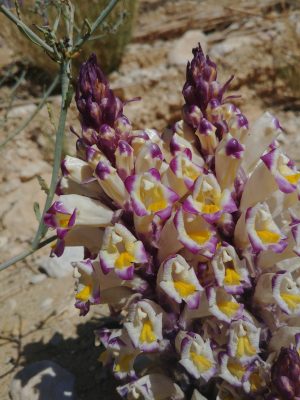 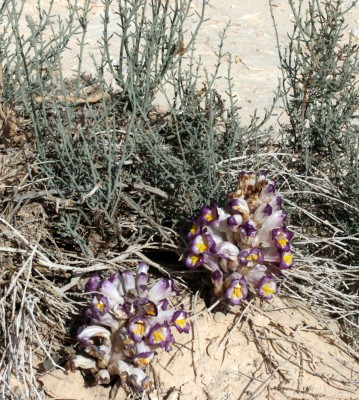 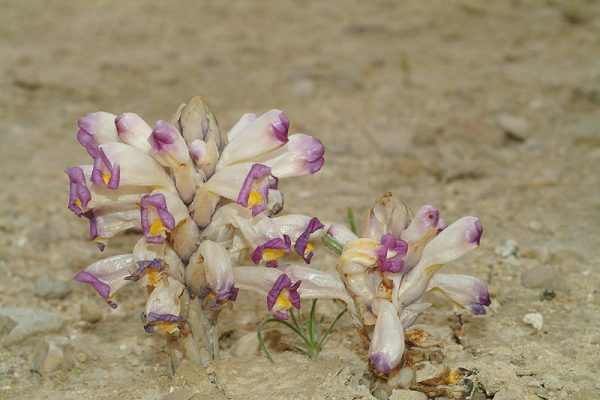 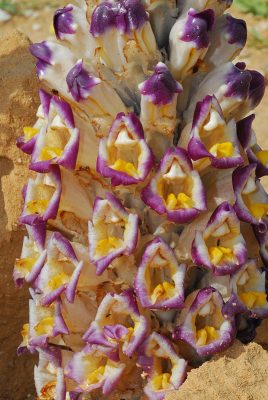 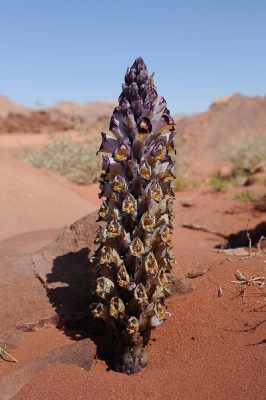 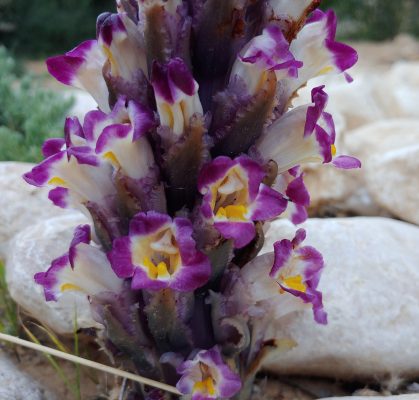 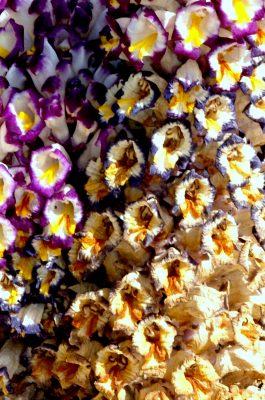 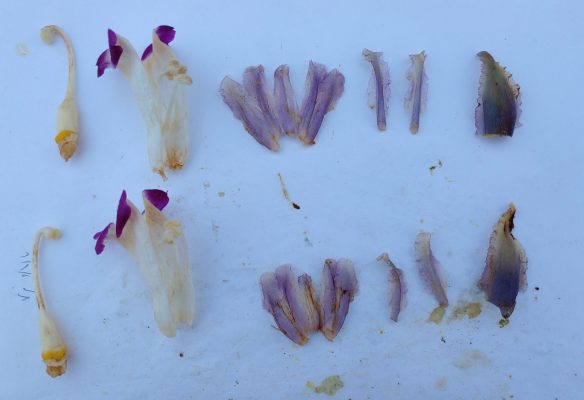 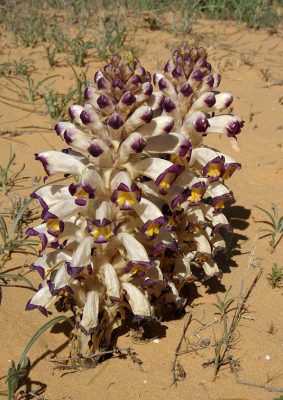 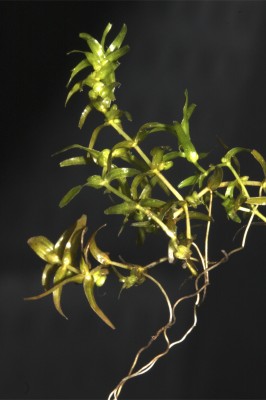 A leafless parasite, occurring in Israel in the western Negev sands, and in the Dead-sea area and northern Arava valley.

C. violacea belongs to sect. Cistanche within the Cistanche genus – this is the biggest and most complex group in the genus, and including most of it’s species, another one of which is C. tubulosa – the most common Cistanche species in Israel, recognized by its tall inflorescence and yellow flowers. C. violacea, on the other hand, has a white or a very pale lilac corolla tube, and deep purple lobes.
The phylogenetical relations within the group are complex, and there isn’t much morphological difference between C. violacea and C. tubulosa, apart from the corolla color. In the Dead-sea area and northern Arava valley there are mixed populations, including some hybrids between the two. In the Negev desert, however, the populations are pure, and there are no known hybrid forms.
We are not sure whether it is justified to treat C. violacea as a separate species, or whether it should be considered only as a color variation of the more common C. tubulosa. In the southern Arava valley there is a purple form of C. tubulosa, which shows a yellow tube and purple lobes, and is clearly different to C. violacea.
In light of that, and because of C. violacea being generally accepted as a separate species by most of the botanists around the world, we conclude it here as one as well, with some light reservations.

C. violacea is mostly a Northern-African species, occurring also in Saudi Arabia and in southern Jordan. In the local populations, it’s abundant hosts are Tamarix species and Atriplex halimus in the Dead-sea area and Arava valley, and Noaea mucronate and Anabasis articulate In the western Negev sands.

The local population used to be considered as C. salsa, which is hairy and does not occur is the region, because of a misidentification and a name mix-up. the one hairy species that does occur in Israel, is C. fissa.
C. violacea was reidentified in 2019 by Chris Thtorogood, Dar Ben-Natan and Ori Fragman-Sapir

Cistanche violacea in the Botanic Library 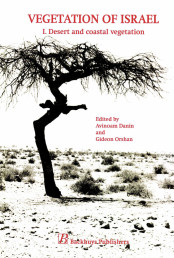