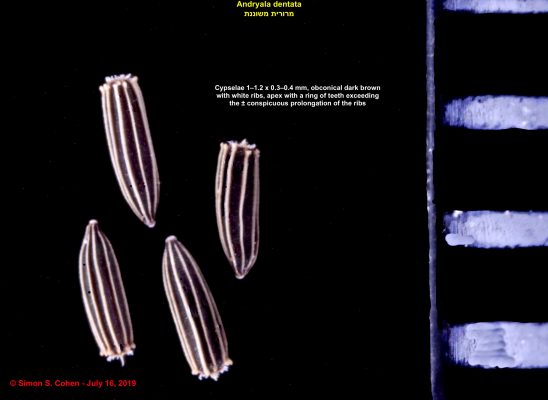 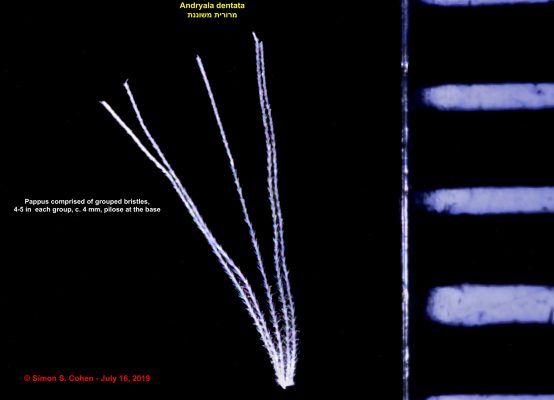 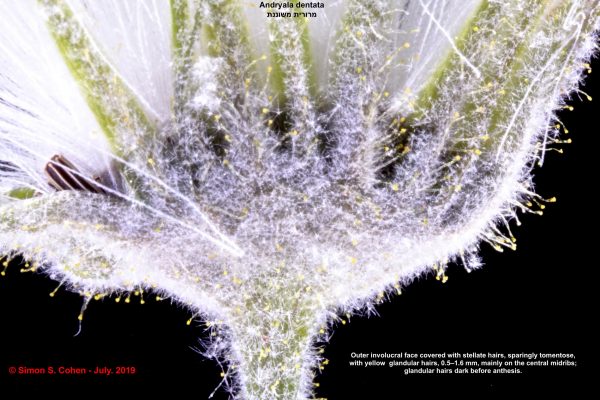 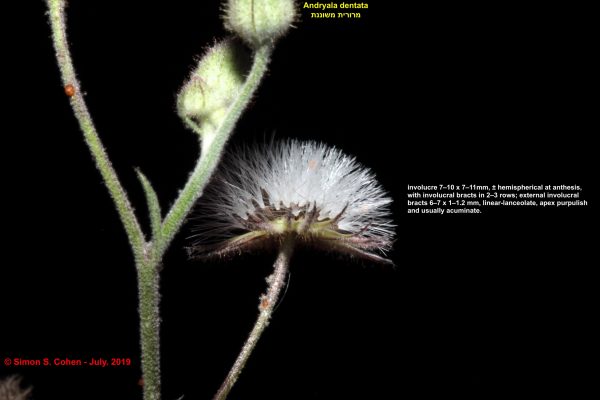 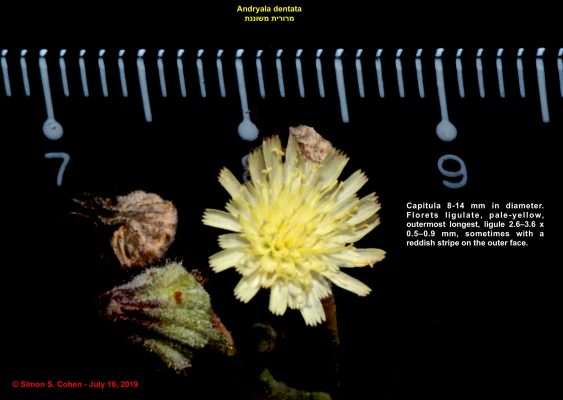 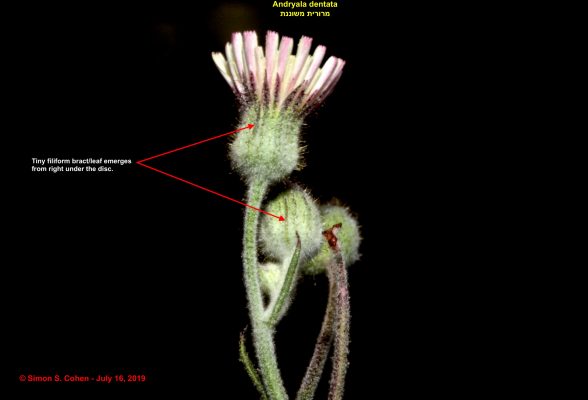 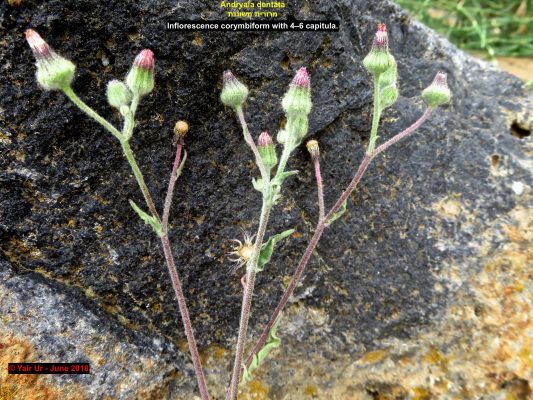 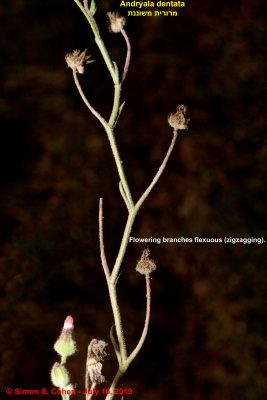 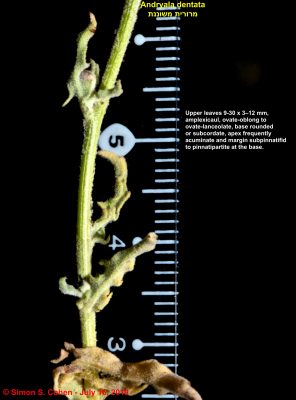 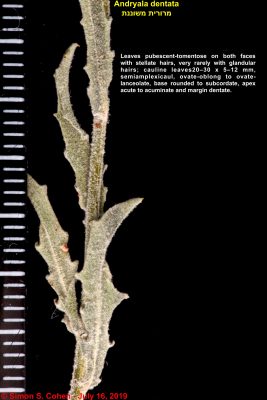 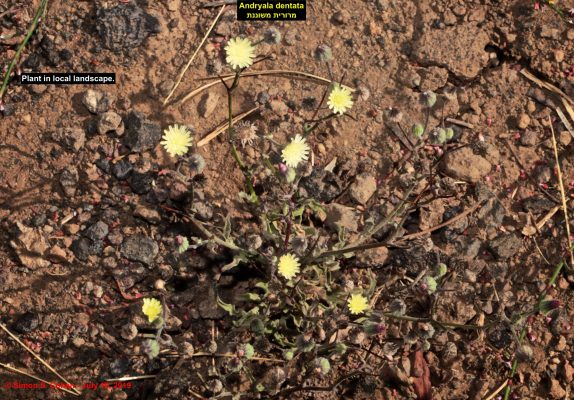 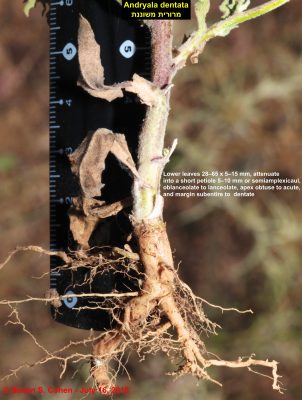 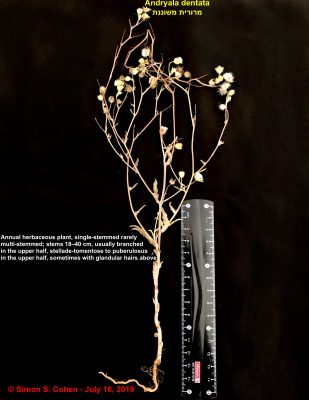 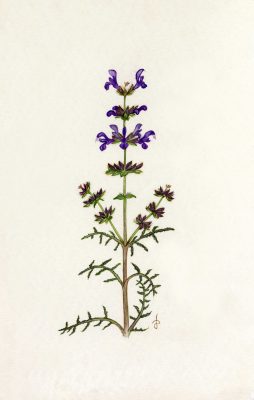 According to available herbarium data, Andryala dentata is a central and northeastern Mediterranean species, present in southern Italy (including the islands of Sicily and Pantelleria), southern and eastern Greece, western Turkey and Lebanon, and as of 2018 also in Israel.

Andryala is a little-known Mediterranean-Macaronesian genus belonging to the Asteraceae family. The etymology of the term Andryala is uncertain; however, according to the French botanist Paul Fournier, it seems to be related to the Greek words “aner”, “andros” (stamens) and “hyalos” (transparent), alluding to filaments of the stamens that are very thin. The original description of Andryala was validly published by Linnaeus in 1754 in the fifth edition of Genera Plantarum.

Considerable intraspecific variability and ecological plasticity observed in Andryala led to the description of many species, in accordance with the degree of morphological differentiation and ecology. Hence, until recently, there has been no clear estimate of the number of species in the genus. M. Z. Ferreira in 2015 counted 17 species, 14 subspecies, and 3 hybrids.

The genus Andryala L. comprises both annual and perennial herbs, more or less densely stellate-hairy, sometimes depicting glandular hairs as well. The leaves are entire to pinnatisect, the lower ones occasionally arranged in a rosette. Cauline leaves, few to numerous, are often more or less amplexicaul. The capitula, solitary or arranged in corymbiform inflorescences, exhibits involucral bracts arranged in 2-5 rows. The receptacle is alveolate and provided with cilia shorter or longer than the achenes (cypsela). The florets have yellow ligules, with the external ones sometimes adore a reddish stripe on the outer side. The achenes are oblong or obconical, truncate at the apex (rarely with a disc), with 10 prominent ribs, and the pappus consists of whitish or greyish hairs, deciduous as a whole.

Species of Andryala L. are found in western Mediterranean Region, Southwest Europe, Northwest Africa, and Macaronesia. The genus is also represented in the eastern Mediterranean, as well as in islands of the Aegean Sea.