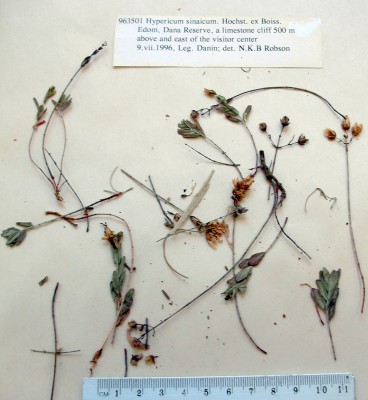 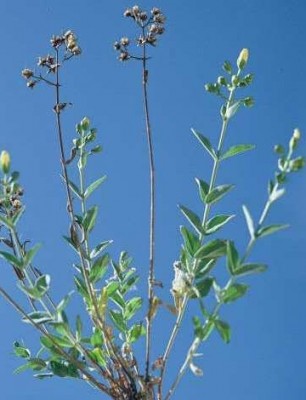 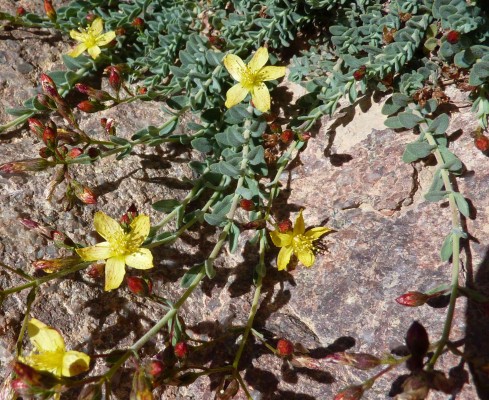 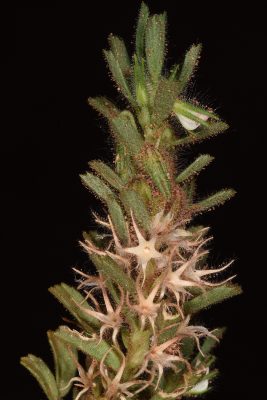 Small creeping shrublet of high desert mountains. Large populations are known from the southern Sinai highlands. We suspect that the plants collected at s. Jordan (Dana reserve) are a smaller desert form of H. lanuginosum, also known from the higher parts of the Judean desert. these two species are distinct in their habit, but it’s hard to find diagnostic differentiating characters between them.

H. sinaicum has smaller, green leaves with short-curly hairs, they are not silvery and elliptic in shape (broadest in the middle, or slightly above). H lanuginosum is a persistent perennial herb with a slightly woody base and erect stiff flowering stems. It’s leaves are larger, ovate-elongate (broadest at their base), and have silvery-white hairs.

Hypericum sinaicum in the Botanic Library 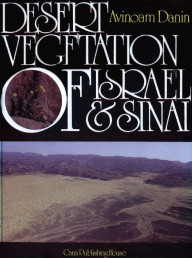 Desert Vegetation of Israel and Sinai

Desert Vegetation of Israel and Sinai