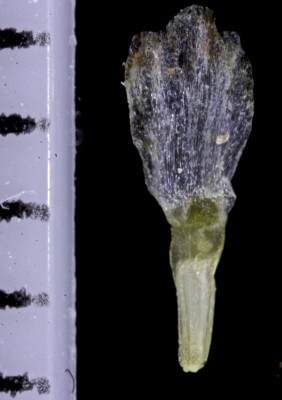 Israel and Jordan are situated on the boundary of the subtropical desert areas which include the Sahara, Sinai and Saudi Arabia (Fig. 8.1.1). Along climatic gradients one can see sharp and gradual transitions in the vegetation and soil types from the Mediterranean maquis to the desert areas (Fig. 8.1.2). Sharp boundaries of land management may be seen in satellite images of the area (Figs. 8.1.1, 8.1.2). The transect from the Judean Mts. to the Dead Sea Valley cuts many isohyets (a line joining points of equal precipitation) between 700 and 100 mm and many isotherm lines along 30 km (Fig 8.1.3). The precipitation and temperature gradient from Bet Govrin to Mashabbe Sade is more gentle. It passes over a precipitation range of 400 mm to 100 mm over 70 km (Fig. 8.1.3). Another area of vegetation changes that depend on climate changes at high altitude may be seen between the Sea of Galilee and the peaks of Mt. Hermon, along a transect of 2500 m. 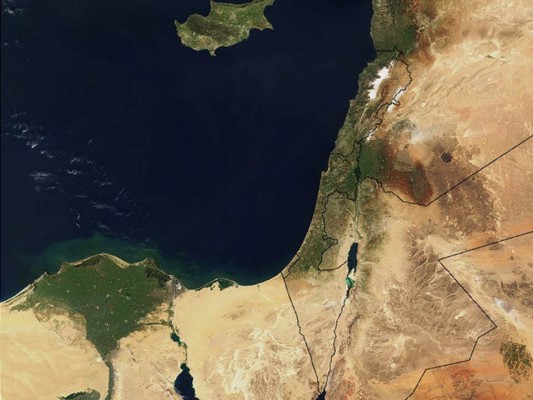 Fig.8.1.1: Satellite image of the east Mediterranean area. The position of Israel on the border of the deserts is clearly seen, west of the Dead Sea and in the Northern Negev. Clear differences in land management are prominent between Israel and the Palestinian authority in the Judean Mts., and in the Gaza strip; and between Israel and Egypt in the Western Negev 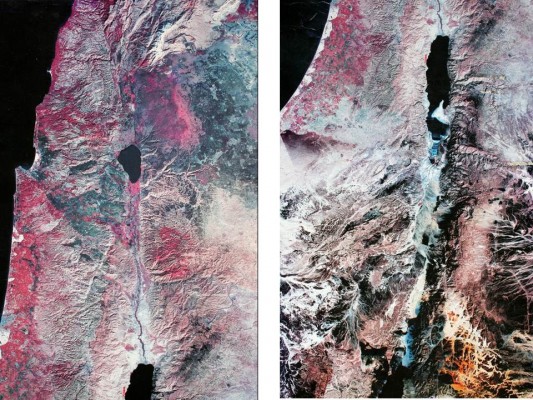 Fig.8.1.2: Satellite image of Israel and its neighboring countries. Green areas look red in this image. Management differences are prominent in the Golan (left image), with Syria and with Egypt in NE Sinai, and Haluza sands (right image) 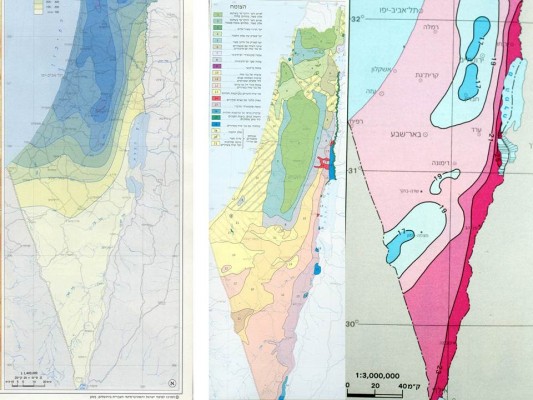 1. The first stops in the Mediterranean territory

During the last millennia, the Judean Desert passed through considerable changes due to human activity. [localvegb8 The mountains] were populated and cultivated intensively as was customary for the farmers, who made use of the agricultural base of previous farmers. These areas were abandoned in 1948, and their natural vegetation returned, re-establishing itself in the area. In the first years after being abandoned, annuals and herbaceous perennials covered the terraces (Fig. 8.1.4). An association of semi-shrubs dominated by [Sarcopoterium spinosum] expands from the margin of the terrace, over-shadows the herbaceous plants, and outdoes them (Figs. 8.1.5-8.1.7). Vegetation dominated by [Calicotome villosa], [Cistus creticus], and C. villosus causes shade which leads to the degeneration of S. spinosum and other semi-shrubs. In the shade of the dense canopy of the Cistus shrubs, maquis plants germinate and grow, dominated by [Quercus calliprinos] and [Pistacia palaestina] (Figs. 8.1.8, 8.1.9). Marl rocks of Motsa formation occur over a considerable area at the top of Har Tayasim, and the soil developed there is Light Rendzina. [Dittrichia viscosa] prevailed for a long time after the terraces were abandoned or left fallow. As time passed D. viscosa became rejected by an association dominated by [Fumana thymifolia] (Fig. 8.1.10), [Cistus salviifolius], [Satureja thymbra], [Coridothymus capitatus], and [Thymbra spicata]. This batha is poor in annuals and has many orchid companions from the genera Orchis and Ophrys. [Arbutus andrachne], which survived at the terrace margins, developed there and its seeds germinated in the Fumana batha and over-shadowed the semi-shrubs (Fig. 8.1.11). [Pinus halepensis] and [Pinus brutia] planted in woods on the Judean Mts. disperse their seeds by wind, germinate and develop in bathas (Fig. 8.1.12) or in areas dominated by Arbutus andrachne. Most pine trees were cut to prevent their negative impact on the nature reserve plants.

Most of the Judean Mts. area has been cultivated for thousands of years. Farmers in antiquity built walls on the hard rock outcrops to prevent soil erosion (Fig. 8.1.13). Hence, most of the mountainous areas in the rainy part of the country are terraced. Where cultivation continued, terraces support vegetation adapted to the type of land use and management. Such terraces with occasional grazing by sheep and goats are seen in Figs. 8.1.14 and 8.1.15. Only small parts of Jerusalem still support natural vegetation. One of these areas is the “Rock Reserve” of Ramat Bet Hakerem. These hard dolomite rocks of the Vradim Formation are rich in microhabitats and plant species and have been reviewed in a [localvegb1 separate chapter]. The soil among the rocks is Terra Rossa and there are patches showing clear competition between the annuals that are typical for soil pockets ([Hordeum spontaneum], [Avena sterilis] and [Triticum dicoccoides]) and [Sarcopoterium spinosum]. From the national-urban aspect, this is one of the few places where the wild wheat, the progenitor of the cultivated wheat, may be seen. It grew in many other places in Jerusalem, but has been almost destroyed by urban development. 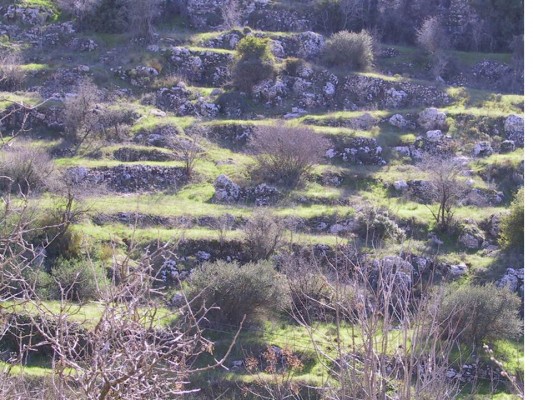 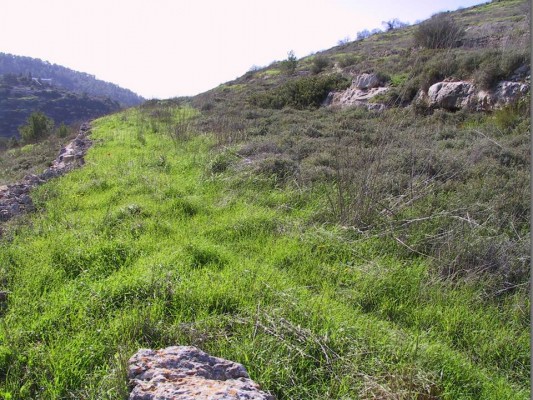 Fig.8.1.5: A terrace with soil above a hard limestone layer. The annual vegetation is displaced by a slow expansion of Sarcopoterium spinosum from right to left 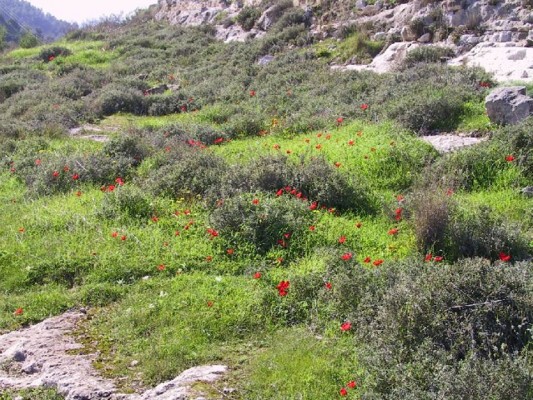 Fig.8.1.6: A terrace with annuals rejected by further expansion of S. spinosum 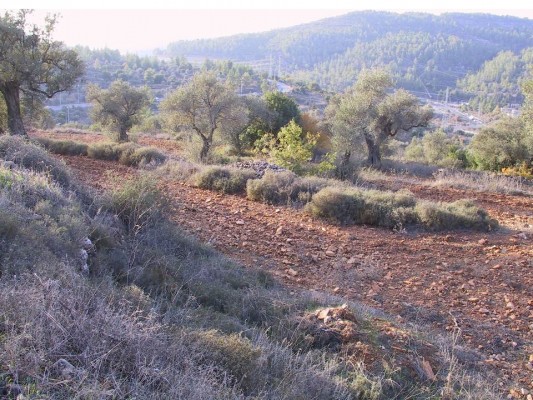 Fig.8.1.7: S. spinosum at the margin of a cultivated terrace planted with olive trees 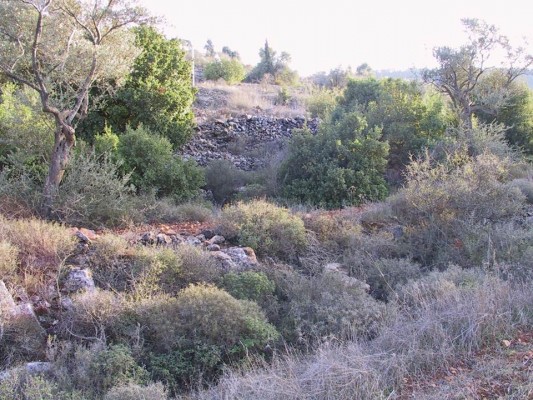 Fig.8.1.8: Batha and garigue plants establish themselves at the margin of an abandoned terrace 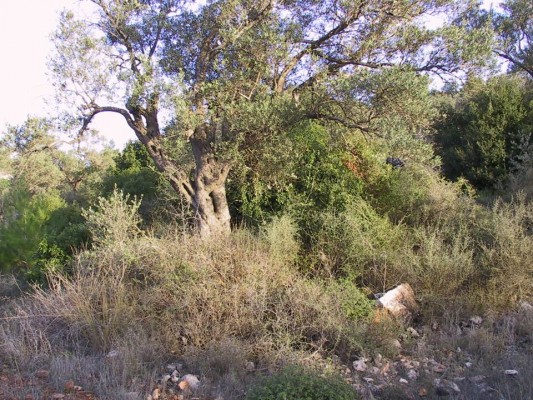 Fig.8.1.9: Shrubs and vines which have displaced S. spinosum from the terrace margin 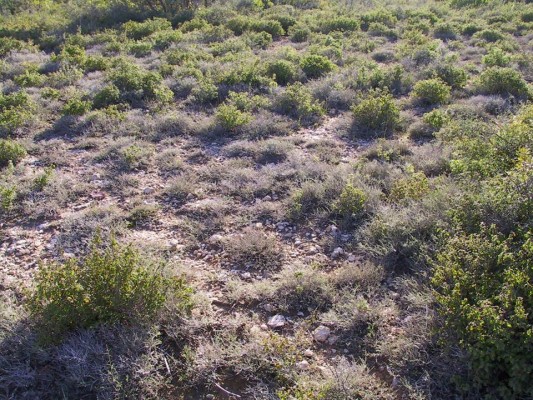 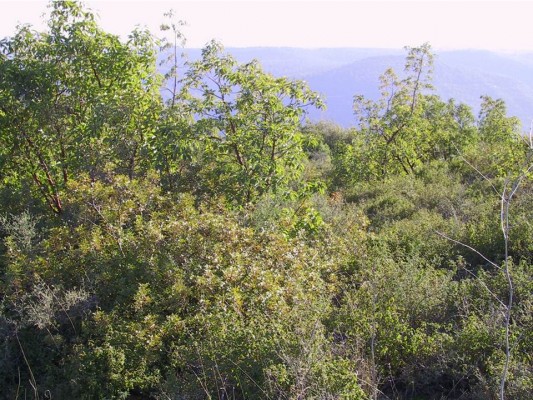 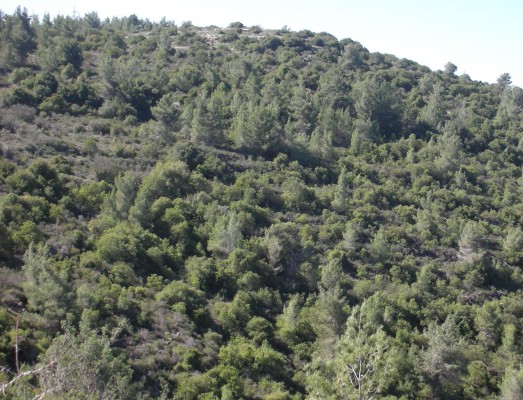 Fig.8.1.12: Pine trees, the seeds of which were carried away by wind from the pine woodlands planted in the Judean Mts. 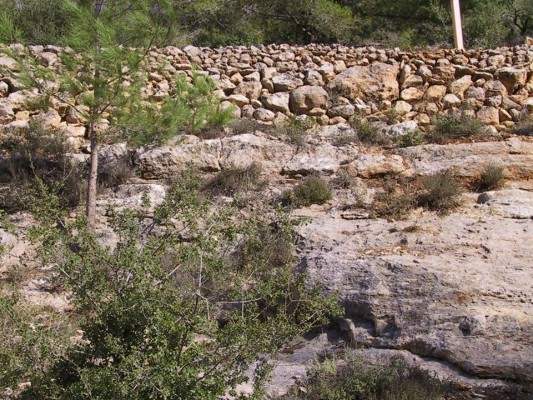 Fig.8.1.13: The terrace wall holding the soil was built above a hard rock outcrop 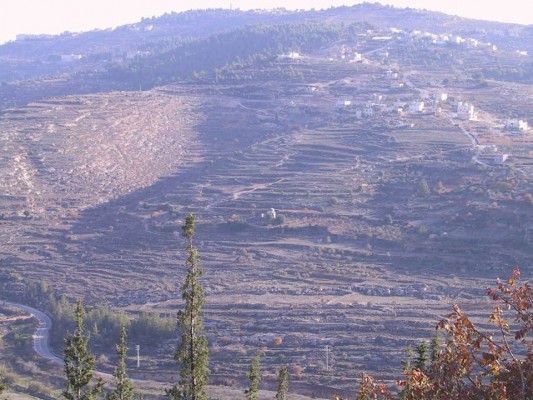 Fig.8.1.14: A landscape of bedded limestone where terraces have been built since time immemorial, and are at present still cultivated to a certain extent 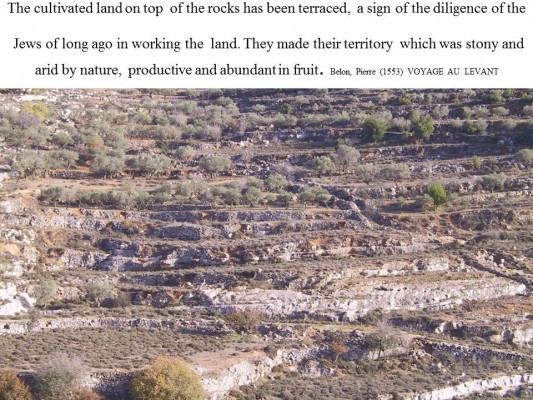 Fig.8.1.15: Terraces with a quotation from the words of one of the first tourists to visit the country, in 1553