Subunit 3.11c is richer both in non-desert trees and shrubs and in their companions. Here, the large outcrops of smooth granite and the high elevation of the southern Sinai massif influence the number of habitats available for the survival of rare species. The typical trees of this rocky environment are Pistacia khinjuk (Fig. 1.3.90), [Crataegus sinaicus] (Fig. 1.3.91), and [Ficus palmata] (Fig. 1.3.92). The west-facing escarpments of Gebel Serbal are rich in [Moringa peregrina], which grows on rocky slopes near springs. In the vicinity of the Wadi Feiran oasis, this kind of habitat supports dozens of Moringa trees. Typical shrubs of this rocky habitat are [Rhamnus disperma], [Rhus tripartita], [Cotoneaster], [Periploca aphylla], and [Sageretia thea]. Most of the endemic and rare species of Sinai occur in rocks that also support trees. 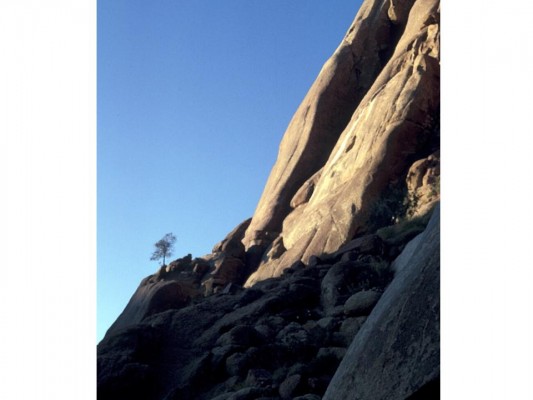 Fig. 1.3.90: Pistacia khinjuk in rock crevices at the foot of a granite cliff which contribute run-off water and enables its survival. 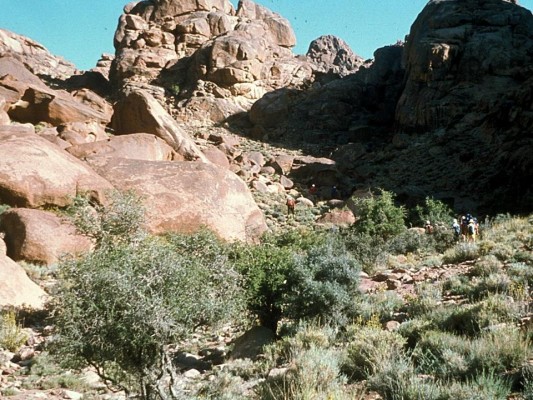 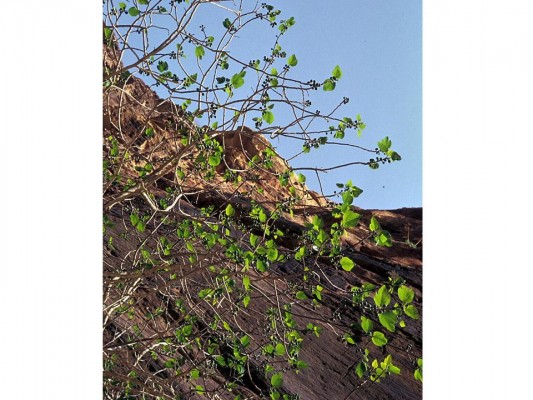 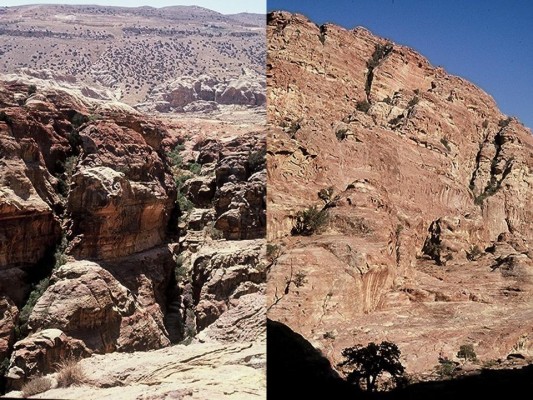 Fig. 1.3.93: Juniperus phoenicea near Petra. On the right – in cliffs of old sandstone; on the lower left – in sandstone cliffs and above it on soft sandstone covered by colluvium-alluvium. 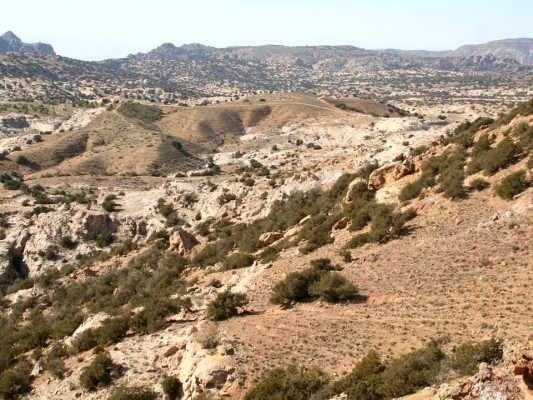 Fig. 1.3.94: Juniperus phoenicea in Dana Nature Reserve. At the right half of the photograph – on a soft sandstone covered by colluvium-alluvium, on the left – on hard sandstone outcrops. 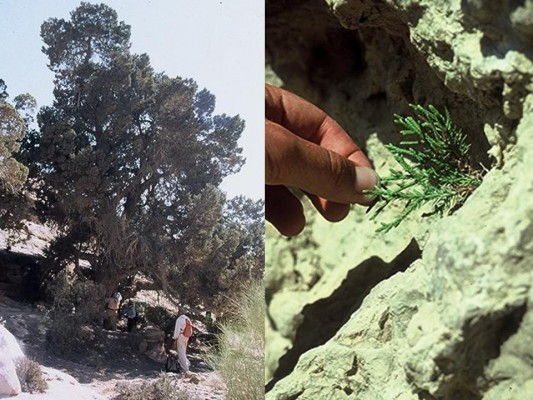 Fig. 1.3.95: On the left – a sacred juniper near Petra (photo I. Kuenne). On the right a young seedling of Juniperus phoenicea in northern Sinai; its first leaves resemble needle-leaves of Cedrus trees and older leaves which resemble Cupressus leaves. 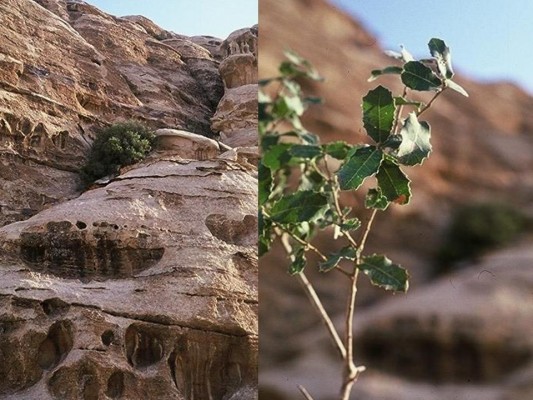 Fig. 1.3.96: Quercus calliprinos as a component of rock vegetation near “Small Petra”, some 5 km north of Nebi Musa and Petra. 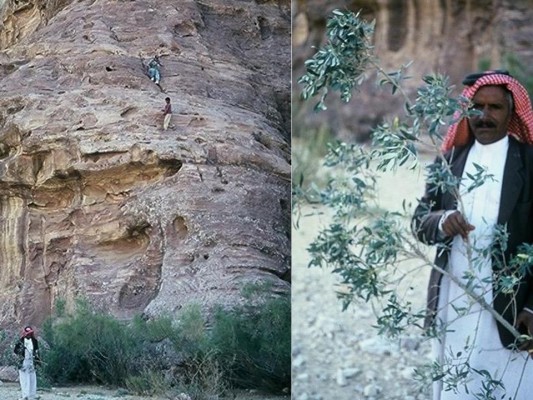 Fig. 1.3.97: On the left, the son of the Bedouin on the photo climbs to the wild olive tree; upon arriving he cut and threw a branch which was pressed and deposited in the herbarium of the Hebrew University. 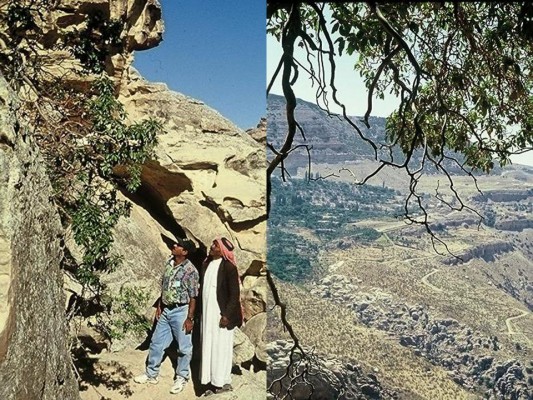 Fig. 1.3.98: On the left, the last Arbutus andrachne tree near Petra. The Bedouin who brought me there knows the flora of that area perfectly but did not know its name. On the right an Arbutus the roots of which are in a small spring – Ein Qeiqab, viewing Dana Reserve. 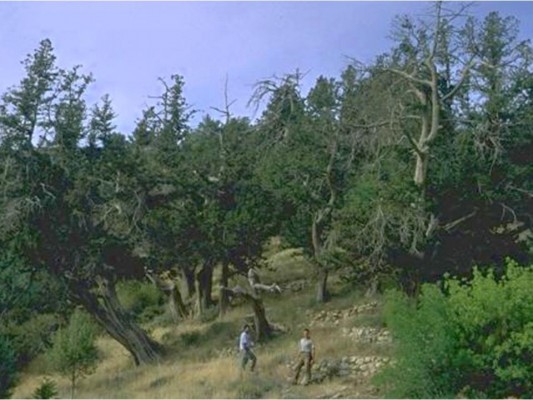 Fig. 1.3.99: A protected group of old Cupressus sempervirens trees in the northern part of Dana Reserve. 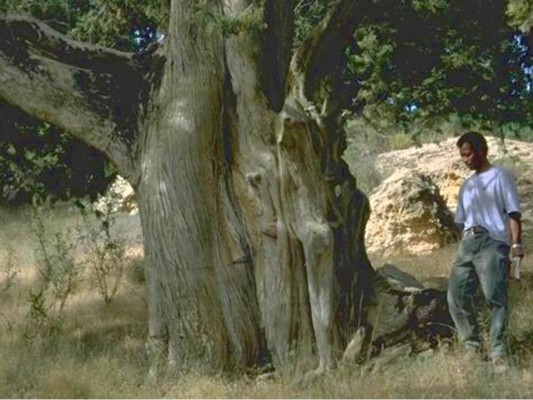 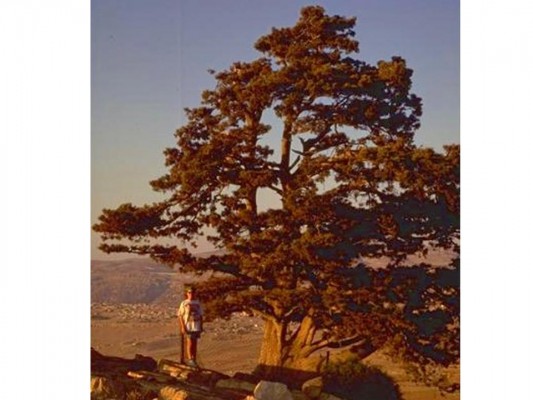 Typical semiparasites of the Mediterranean maquis, such as [Osyris alba], [Thesium bergeri], and [Viscum cruciatum], occur in the rock crevices together with typical vines of the maquis – [Rubia tenuifolia], [Ephedra foeminea], [Hedera helix] (Fig. 1.3.102), [Bryonia cretica], and [Lonicera etrusca] (Fig. 1.3.103) – which are represented by a higher number of individual specimens than any other Mediterranean vines in any other refuge in the Near East. We may conclude that the rich Mediterranean flora here, with its many endemics, has found a successful refuge which has played a long-term role in the region’s evolutionary history. 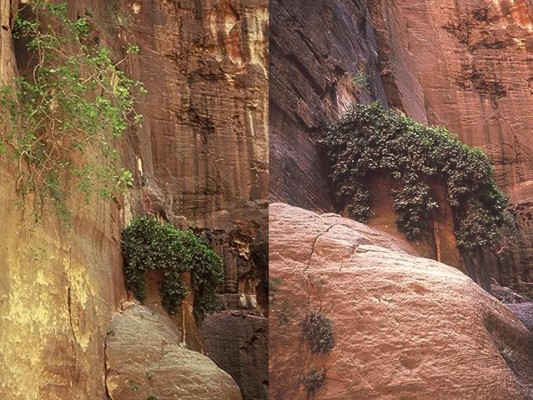 Fig. 1.3.102: Hedera helix on a cliff above the camel relief on the wall of the canyon leading to Petra’s famous monument. This individual was observed by Prof. Alexander Eig in the 1930s. 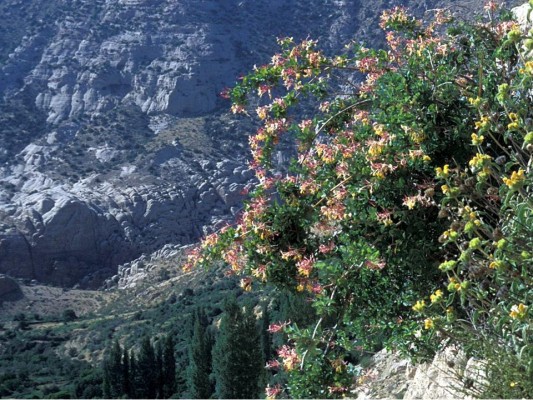