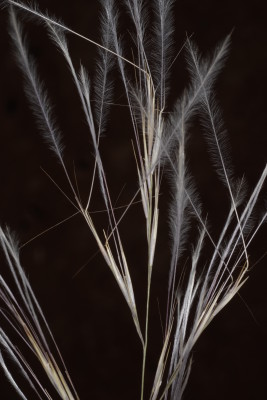 Root Weathering in Past and Present

Construction of new roads at present continues a tradition of recent decades in which the builders try to make hilly terrain into a plain. Thus, the new roads in the Judean- and Samarian Desert exposed beautiful rock-walls (e.g. Figs. 6.15.1 and 6.15.2). I would love to see such walls fully displayed in a natural history museum. The source of the red color of the wall in Fig. 6.15.2 is iron oxides. Hard chalk rocks show evidences of rock dissolution by tree- or shrub roots. Fissures or joints are weak places in the rock into which plant roots can easily penetrate. There was one place, on the way from Jerusalem eastwards, where penetration depth was estimated to be 30 m. The results of root activity may be observed (Fig. 6.15.1) as root grooves formed in the plane of the joint, whereas roots that penetrated to the perpendicular plane left circular holes through which roots passed.

Calcitic sediment accumulated in many root grooves and was used in our study: Danin, A., Wieder, M. and Magaritz, M. 1987. Rhizofossils and root grooves in the Judean Desert and their palaeo environmental significance. Israel J. Earth Sci. 36: 91-99. Age analysis conducted by our late friend M. Magaritz and his colleagues in the C14 laboratories at the Weizman Institute, Rehovot, showed that the root grooves are more than 30,000 years old. When trying to reconstruct the landscape in which these trees-shrubs were living in the Judean Desert under greater quantities of rainfall, we should think of the Lisan Lake stretching from the Kinneret (near Ohalo) to the Arava (down to Hazeva).

While active, the roots penetrated into weak places in the rocks, dissolved the rock in contact with them, and after death and decaying, left clear root grooves. We found voids 0.2 mm to 30 cm in diameter. Plants receive various mineral ions from the ground, and Figs. 6.15.3 and 6.15.4 have clear proof of iron use by the plants. In the part of Fig. 6.15.4 that passes over a red rock plain, the root made the rock close to its groove white by absorbing iron ions and transferring it to its above-ground crown. 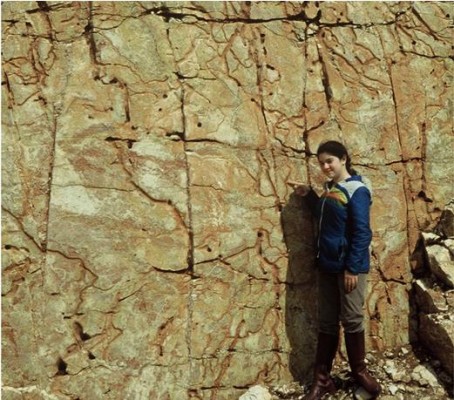 Fig. 6.15.1: A large joint in a hill of hard chalk near Almon Junction, 5-10 km NE of Jerusalem. The grooves, channels in the rock, are a result of its dissolution by tree or shrub roots more than 30,000 years ago. 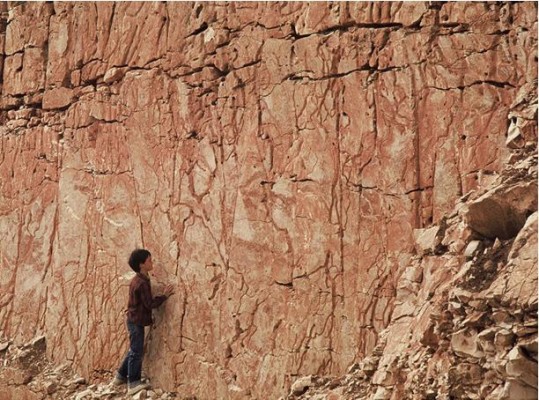 Fig. 6.15.2: A rock wall near Almon Junction, rich in root grooves formed by roots a long time ago. 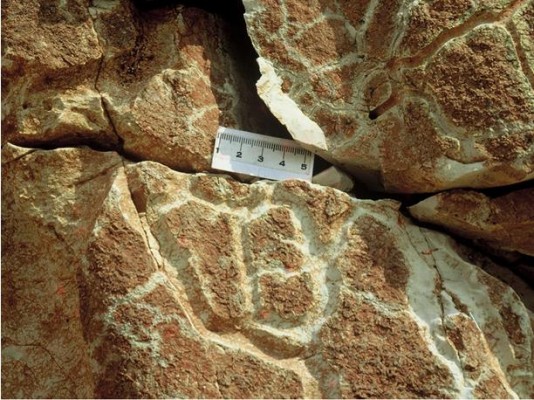 Fig. 6.15.3: Root-grooves formed in the Judean Desert as a result of dissolution by roots. The white color near the root is induced by roots as well. 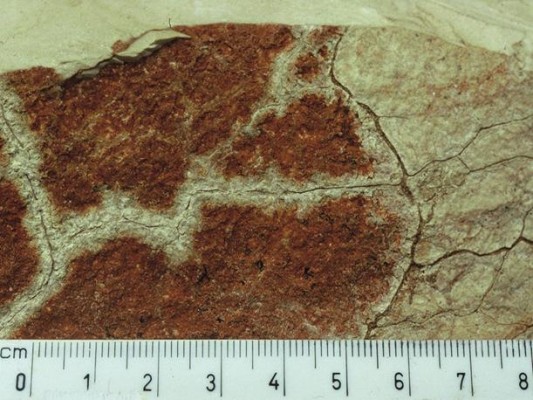 Fig. 6.15.4: Iron oxides caused the red color of the rock; the roots took up oxides used by the plants, thus causing this color pattern.

The cliffs of Nahal Oren, near its outlet to the Carmel Coastal Plain (Fig. 6.15.5), are inhabited by various maquis trees and shrubs. The most prominent of them are carob and olive trees and [Pistacia lentiscus] and [Rhamnus lycioides] shrubs. Their roots penetrate fissures and joints in the rock and dissolve their way in. In addition they break the rock by growth-thickening of roots (Fig. 6.15.6). The cambium activity of the lignified roots leads to the displacement of large blocks of rock. Such a block, carrying root grooves, is displayed in Fig. 6.15.7; this block recently became detached from the cliff and is already populated with cyanobacteria and cyanophilous lichens which give it the gray-black color. 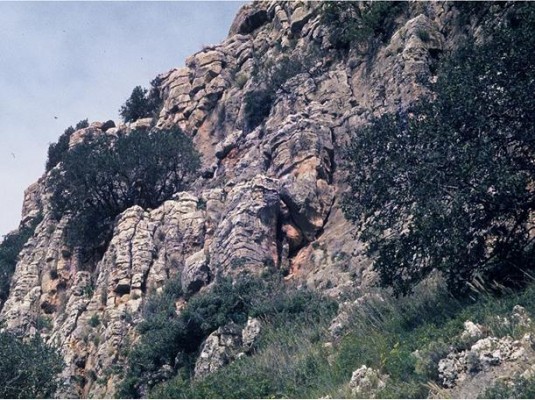 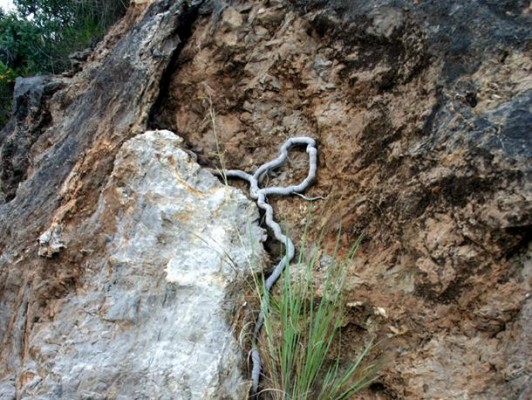 Fig. 6.15.6: A root of a tree or shrub growing in a rock crevice. Over time it breaks the protecting rock. 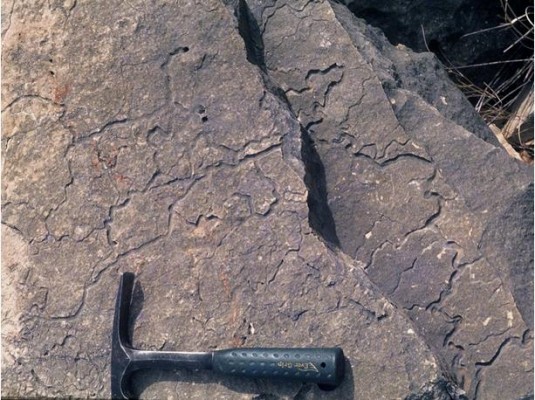