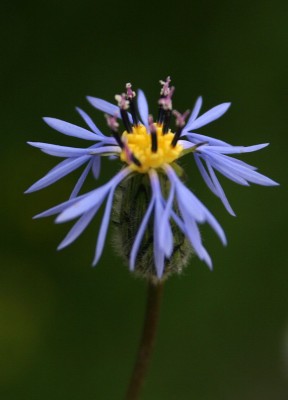 Many plants are edible, but one has to remember that using each of them demands full and absolute recognition by the user. Some plants which “resemble” may be poisonous. We dealt with the danger of poisonous plants in the chapter on the use of plants containing water. Thus, the poisonous plant [Conium maculatum] (Fig. 5.1.1) has dissected leaves that somewhat resemble those of Petroselinum sativum (common parsley). Since the common parsley does not grow spontaneously in Israel – finding a plant that resembles the cultivar has only one meaning = do not eat it. In view of the dangers, whoever thinks that all plants look the same, should read this chapter but should not try to eat spontaneous plants.
This chapter is subdivided according to the useful plant parts. 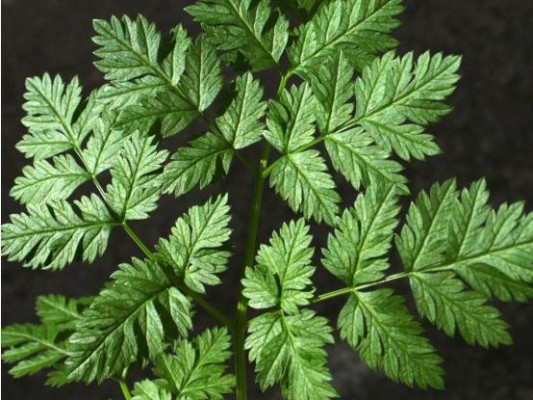 Fig. 5.1.1: A leaf of the poisonous Conium maculatum plant. Don’t even think of eating it. 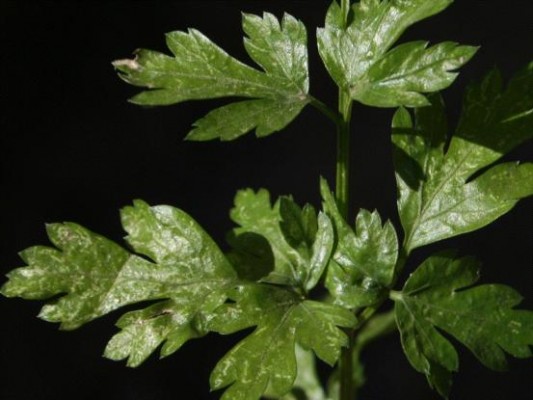 Fig. 5.1.2: A leaf of Petroselinum sativum (common parsley) – a herb that does not grow spontaneously in Israel. Do not eat any plant resembling it as it is too dangerous.

[Scorzonera papposa] is a palatable plant that supplies roots, leaves, stems, and inflorescences. Its thick root may be branched and is present in the soil all year round. It is hard to find during the summer when its above-ground parts dry out and become detached from the root. When the plant’s achenes ripen they are wind-dispersed and some may land or become trapped on other plants close to the mother plant, indicating its presence (Figs. 5.1.3-5.1.4). Following the first effective winter rain (water which may be used by plants) the leaves sprout and may be detected easily. When a leaf or a stem is cut, a milky fluid comes out, which soon changes color to pinkish or greenish. To obtain the root one has to dig as necessary, because the root may penetrate to a depth of 20-20 cm. When eaten raw – the thin “skin” has to be peeled off; if roasted among coals peeling is not necessary. If collected at the beginning of winter the leaves can be eaten as well, as a component in green salad. The young inflorescences are palatable as well and have a sweetish taste.
Its Arabic name, used by Bedouin of the southern part of the country is “bsha”. Bedouin of the northern part of the country call it “zoubayeh”. Using these names I once detected a “southern” Bedouin among a group of “northern” ones, when showing them the plant. 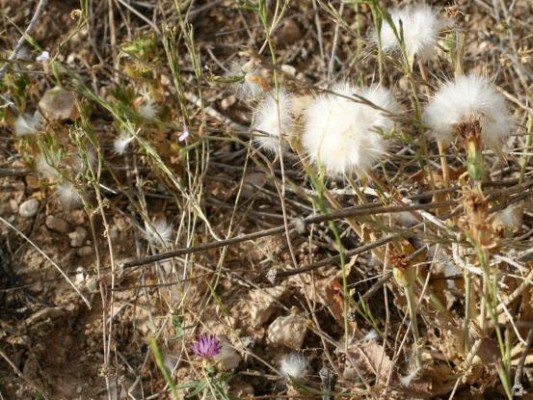 Fig. 5.1.3: Three ripe inflorescences of Scorzonera papposa. A few achenes dispersed and became attached to plants near the mother plants. 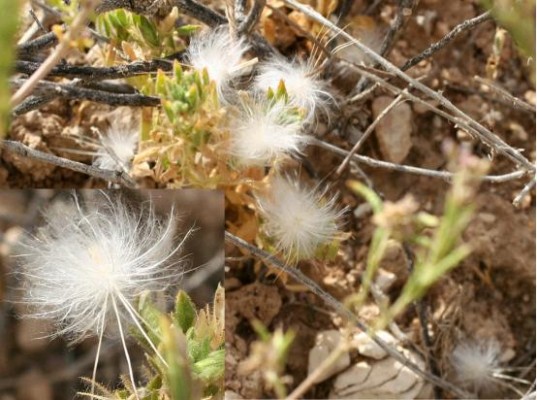 Fig. 5.1.4: Six achenes of Scorzonera that became attached to glandular plants of Ononis; one enlarged pappus in the left corner. 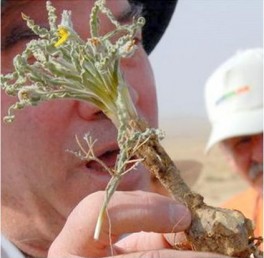 [Scorzonera judaica] is an important source of food in the desert and is called “ga’afour” by Bedouin. This species is confined to desert areas only. Its main characteristics are the narrow and slightly undulating leaves, the milky fluid that comes out of a fresh cut of any of its organs and by its yellow inflorescences (Fig. 5.1.5). The tuber-like thick roots may be found at a depth of 5-10 cm and when “wounded, ” a white milky fluids comes out, which becomes green to turquoise after a few seconds. This tuber has a slightly bitter taste and the leaves are not edible. One should roast the tubers before eating them; this may be done by putting the tubers on a metal wire and roasting them over burning charcoal.

[Eryngium creticum] (Figs. 5.1.6-5.1.8) is more common than the previous two [Scorzonera] species, and its edible root is more fibrous. If one does not consider it as a kind of “delicatessen,” then it may serve as an emergency food. In the Mishna (Pesakhim B: 6) it is listed as one of the “bitter herbs” of Passover. In his book “Nature in our Biblical heritage” (pp. 46-47), Nogah Hareuveni explains: “see this bitter herb whose beginning is soft (Fig. 5.1.6) and whose end is hard (Fig 5.1.8) – thus were the Egyptians”. 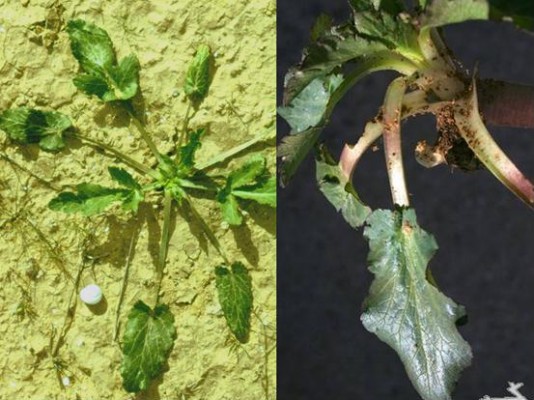 Fig. 5.1.6: Eryngium creticum with young leaf-rosettes of earlywinter. In the Mishna they were regarded as the “soft beginning” of their life cycle. 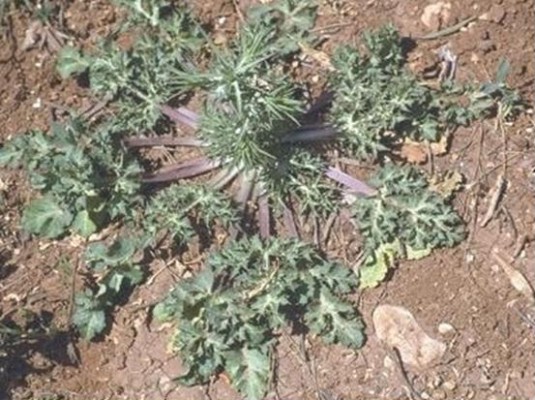 Fig. 5.1.7: Later in the season “harder” leaves are produced in the leaf rosette. 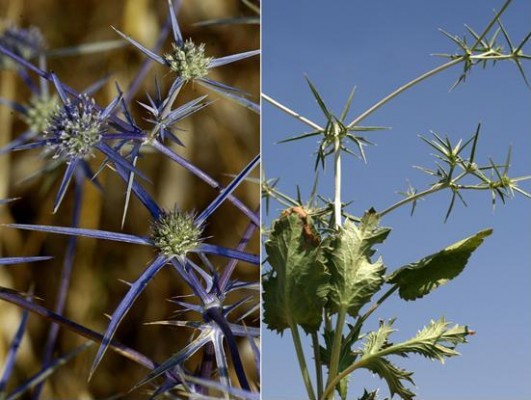 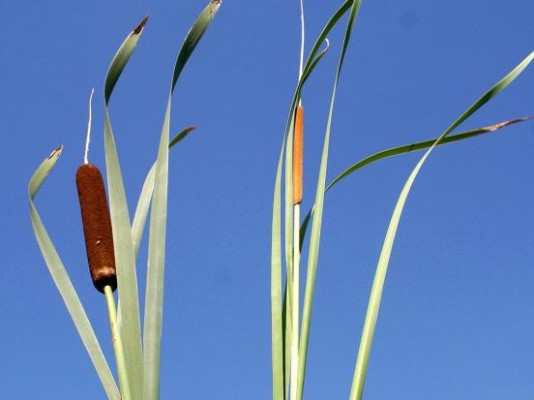 [Asphodelus ramosus] was mentioned as storing water in [usefulplants_d7 a previous chapter]. The plant has a system of thick roots of a light orange to deep brown color in cross section ([useful_plants_d7 Fig. 4.7.1]). At the beginning of the winter the plant produces new, white-yellowish roots which become filled during the winter and spring ([useful_plantsd7 Fig. 4.7.2 and 4.7.3]). When starting to grow, the water-rich roots contain no materials that reduce their palatability and they may be eaten.

[Typha domingensis] (Fig. 5.1.9) is mentioned in the American books on survival (that I read some 50 years ago in order to enrich our activity in teaching “Field Education” in the Israeli Army), as a source of rhizomes which may be eated raw. One has to dig at the margin of a stream, spring or swamp where the plant grows, and obtain rhizomes. After peeling off the covers of the young rhizome, it may be eaten as a food rich in water. Similarly edible are the rhizomes of the other three cattail species: [Typha angustifolia], [“Typha latifolia” T. latifolia], and [“Typha elephantine” T. elephantine]. I cannot offer any special taste for this plant. It is essential to mention, as we did in connection with its value as an indicator for water, that all the species may grow on sewage water and one has to refrain from using them in a human polluted micro-environment. 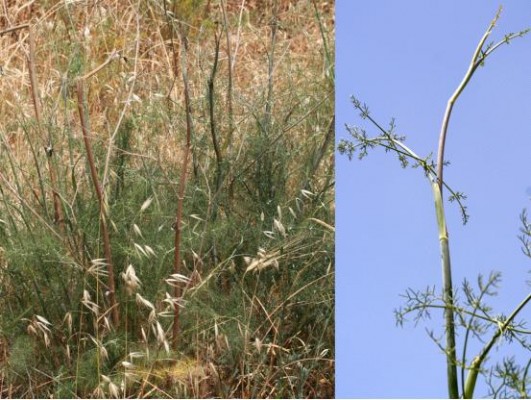 Fig. 5.1.10: Foeniculum vulgare, the stems of which elongate rapidly at the beginning of summer and offer to those who know them tasty water with a sweetish “anise” taste.

The young stems of many plants are edible and tasty. Most of them are active in the spring time, and can be eaten after their outer “skin” is removed. They are edible before blooming and become unpalatable during flower setting. I like eating stems of [Chrysanthemum coronarium] (for information on using it as a source for water, see [usefulplantsd7 chapter D part 7]), before flowering buds appear and mark the unpalatable stage. Most plants I thought of mentioning here are already mentioned as sources of water retained in plants. These are [Silybum marianum], [Scolymus maculatus], [Malva parviflora], [Lavatera cretica], [Urtica] species, [Apium graveolens], and [Foeniculum vulgare] (Fig. 5.1.10). During the hot days of early summer the fennel stems elongate and offer the user their inner juicy and tasty parts; the fibers in the upper stem parts are still soft. The young fennel leaves may be used as a salad spice and are often added to cucumbers when pickled. Other plants in this season are either dry or well into the unpalatable phase of their life-cycle. 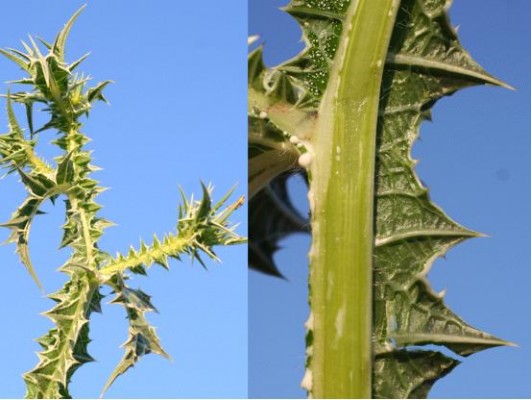 Fig. 5.1.11: Scolymus maculates, having spiny wings on the stem which guard juicy and tasty soft inner parts (right) that can be consumed after peeling.

Thanks to Amitzur Karbelov from Beer Tuvia, with whom I made an excursion to the Judean Foothills, I learnt how to use a well known plant. It is [Scolymus maculatus], which is eaten after peeling-off the spiny “skin” of the upper parts (Fig. 5.1.11). Belonging to the Liguliflorae subfamily of the Sunflower family, the plant has a milky fluid oozing from wounds, as seen on the right of Fig. 5.1.11. Amitzur called it by the Arabic name – “sinara” or “sinariya”. Ilan Zaharoni from Ram-On, who grew up in Kfar Yehoshua knew [Scolymus maculatus] by the name “sinariya” and told me that in Emek Yizrael (Esdraelon Plain) they ate its stem, [http://flora.huji.ac.il/browse.asp?action=specie&specie=SCOMAC&fileid=17413 hidden among the leaf rosette] and the inner part of the young roots. Ilan added that [Silybum marianum] was named “khurfesh Inas” (=khurfesh of human beings) whereas Notobasis syriaca was known as “khurfesh Ihmar” or “khurfesh el Jamal” (of the donkey or of the camel), and is not palatable. Amitzur and Ilan – thank you for the information.
Prev Section