The [Artemisia sieberi] – [Reaumuria negevensis] association has developed on the chalk hills south of Nahal Secher (Fig. 9.1.26). The loess at the base of the slopes is populated by Hammada articulata association (Figs. 9.1.43 – 9.1.45). It is accompanied by salt-resistant annuals such as [Gymnarrhena micrantha] and [Plantago crypsoides]. The basic difficulty in studying the vegetation here is finding a place to park the car so that visitors may embark safely. The forthcoming development of the area may make it even harder. 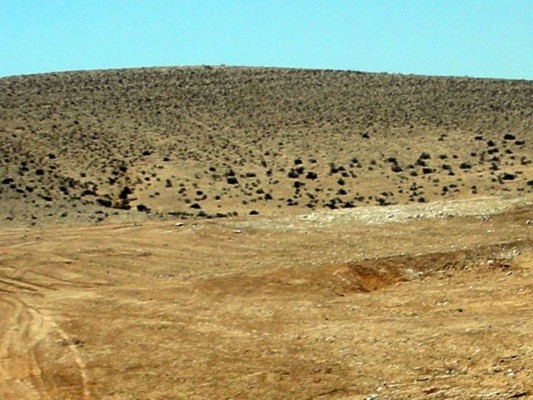 Fig.9.1.43: Dark shrubs of Hammada articulata on the loessial foot slope of a limestone hill near Tsomet HaNegev 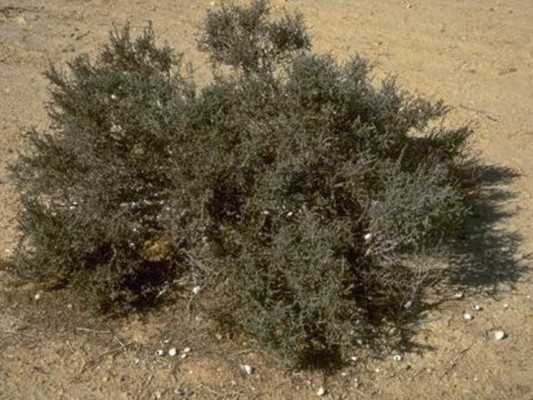 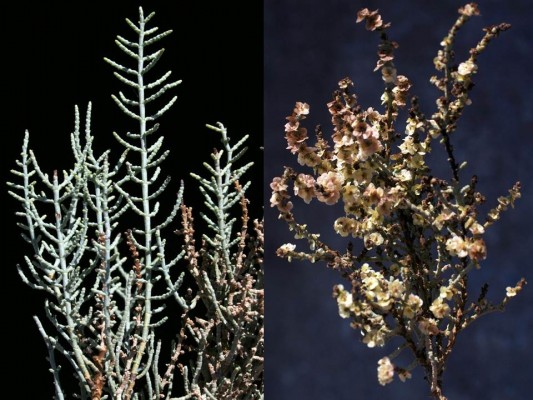 Fig.9.1.45: A close-up of H. articulata leaf-less stems; on the right, branches bearing flowers after the fruit has ripened, with wings assisting seed dispersal


The wide loessial valley along highway No. 40 south of Tsomet HaNegev towards Mash’abbe Sade is populated by Hammada articulata association on loessial soils. In places where the soil is stony the dominant is [Zygophyllum dumosum]. The slopes of the chalk sediments we are studying from Emek HaEla southwards are in the most arid part of our transect here. The dominant plant community here is the Zygophyllum dumosum – Reaumuria negevensis association (Figs. 9.1.46, 9.1.47). Z. dumosum is recognized by its typical leaves which bear two succulent leaflets on a cylindrical thick petiole (Fig. 9.1.48 – “L”). The leaflet pair dries out in summer, while the sausage-shaped petiole (Fig. 9.1.48 – “P”) remains active throughout the following months with scars or remnants of the leaflets (Fig. 9.1.48, right). During drought years the entire Z. dumosum shrub may survive and look like the right branch (Fig. 9.1.48) with “one” and “two” year old leaves. 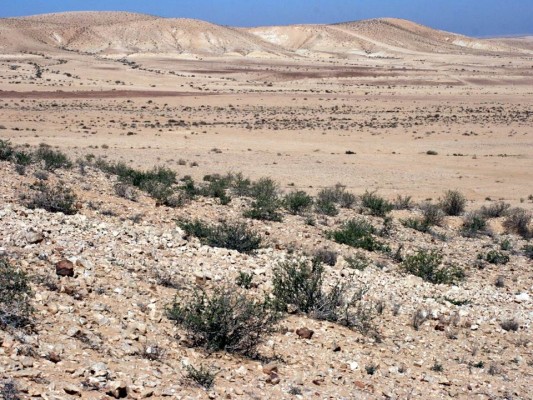 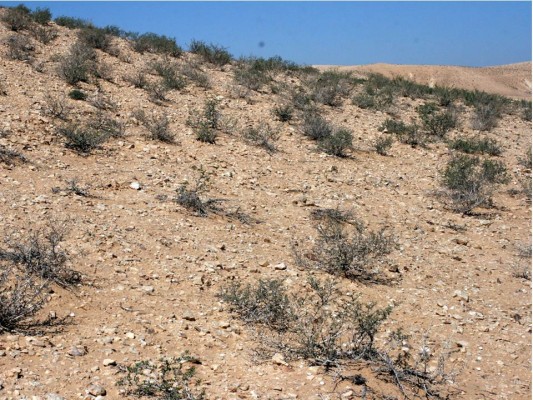 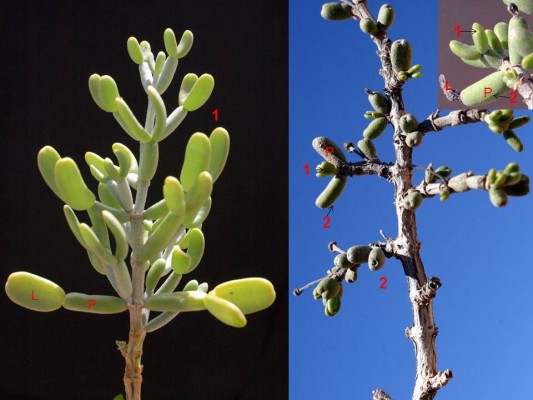 This part of the transect is the northernmost point in the world distribution map of Z. dumosum (Fig. 9.1.49). It is an endemic plant of Israel, Sinai and SW Jordan and in the vicinity of Tsomet HaNegev we may come across the northernmost shrubs at the longitude of Beer Sheva. It grows there only on south-facing slopes on marl outcrops of the Taqiya Formation. In our transect of the Judean Desert we can see there the northernmost specimens on south-facing slopes near the Sea Level sign on route No. 1. Reaumuria negevensis (Fig. 9.1.50), which appeared as a companion of Artemisia sieberi, near Tsomet HaNegev, continues growing as a companion of Z. dumosum near Mash’abbe Sade and in fact even near to Nitzana, by the Egyptian border. Annuals that accompany the Z. dumosum community typify the adaptation of plants to a climate with many drought years. [Asteriscus hierochunticus] and [Plantago crypsoides] have internal water gauges which prevent seed dispersal before a sufficient quantity of rain water has moistened the soil. A dry P. crypsoides plant is shown in the lower part of Fig. 9.1.51.

After wetting, the inflorescence peduncles turn up and become erect. The calyx lobes and the bracts open and the flowers with the seeds inside them become exposed to the rain drops. The drops hit the upper part of the fruit (the white dots in the upper part of Fig. 9.1.51) and the seeds are splashed out. The cells at the seed surface absorb water from the wet soil, swell and produce mucilage which adheres to soil particles on the surface. Germination starts a short time after this event. The first rain exposes ripe flowers to the splashing effect. The second shower, if strong enough, opens the fruits and splashes the seeds out. The mucilage adheres to soil particles and protects the seeds from being observed by seed-collectors and from germination when they are not moist enough. Following several showers most of the fruits and inflorescences break down and the plant looks as in Fig. 9.1.52.

If there is no rainfall, as in drought years, a seed bank remains out of the soil, protected from seeds users. A. hierochunticus has a similar process. The rain wets the dry inflorescences (Fig. 9.1.53) [usefulplantsc2 and their bracts (phyllaries) open]. Achenes with a short pappus are positioned on the inflorescence receptacle. When the pappus scales become wet, they open and the scales covering them open gradually. They may become dispersed by wind or by rain drops splashing the seeds out. 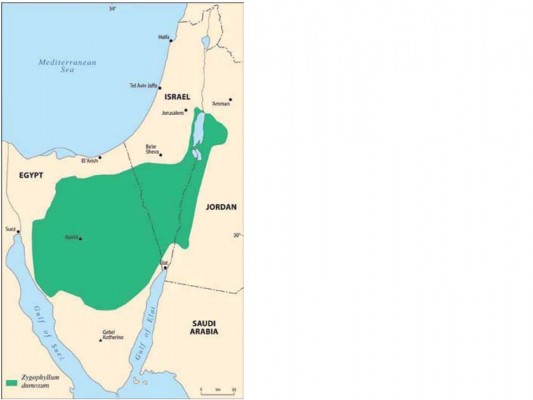 Fig.9.1.49: A close up of Zygophyllum dumosum; on the left a seedling with leaves only one year (1) old. A cylindrical petiole (P) carries a pair of green leaflets (L); on the right a stem a few years old, with leaves of the previous year (2) carrying remnants of the dry leaflets that became dry towards the summer 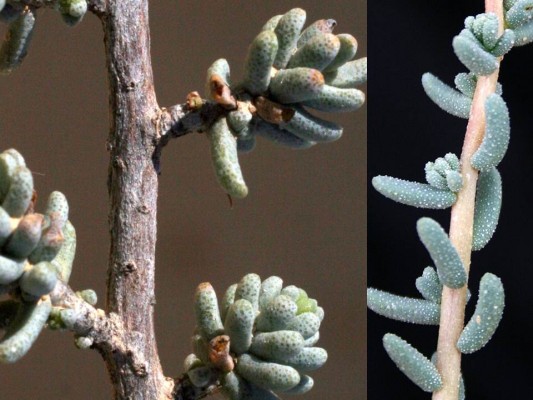 Fig.9.1.50: Reaumuria negevensis. The dots on the leaves (on the left) are glands excreting salt-rich solutions; upon drying, the salty solution becomes salt crystals (on the right) 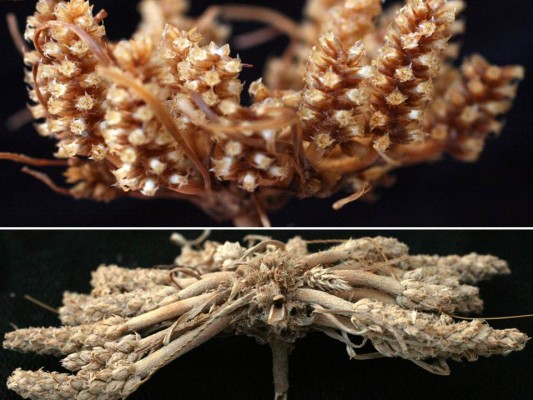 Fig.9.1.51: Plantago crypsoides of this last year (lower plant) was watered and the horizontal scapes became erect within 5 minutes; the fruits are ready to be opened with additional rain-drops. When drying, the scapes return to their horizontal state 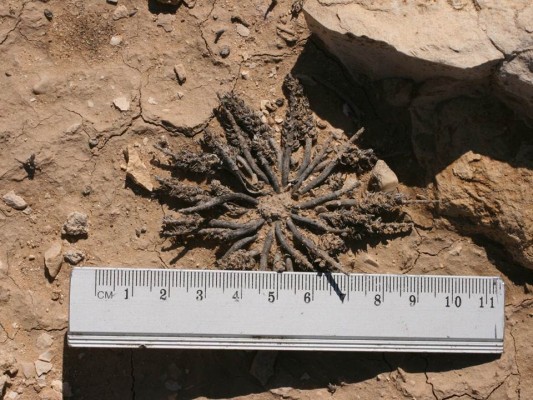 Fig.9.1.52: Plantago crypsoides with seeds in the remnants of inflorescences parts of previous years 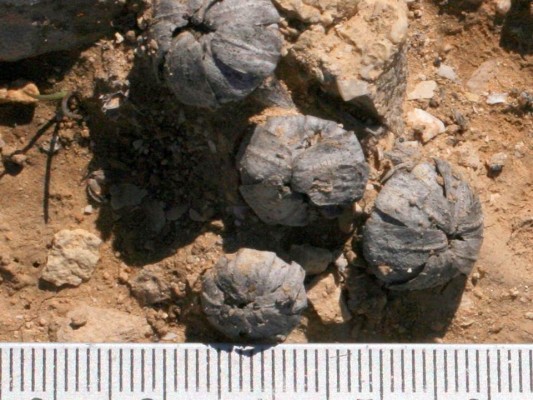 Fig.9.1.53: Asteriscus hierochunticus waiting for the rains of the following years or a visitor, who will pick it up, dip it in water or wet it in his mouth and watch it open after a short while

A hidden water gauge occurs in the seeds of [Nasturtiopsis coronopifolia] (Fig. 9.1.54). This annual plant is salt resistant. In moist years it provides a special display for those using highway No. 40 between Tsomet HaNegev and Mash’abbe Sade. In dry and regular years it develops occasional individuals; however, in rainy years it forms thick yellow carpets (Fig. 9.1.55) on the marl outcrops of the Taqiya Formation. These rocks, which function as a saline soil, are exposed at the margin of the chalk hills of Tsoraa formation with the valley (Fig. 9.1.46). In regular years soil salinity is too high, whereas in rainy years the unique conditions controlling germination and growth take place. 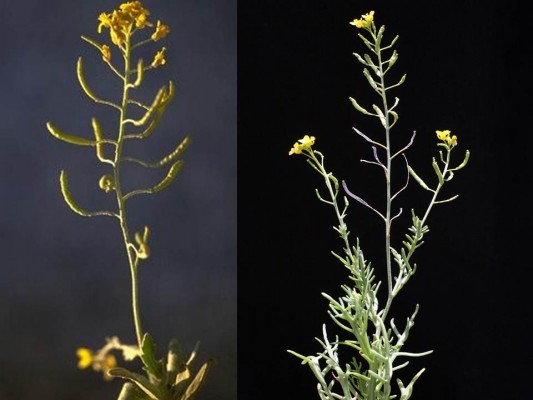 Fig.9.1.54: Nasturtiopsis coronopifolia is a salt-resistant annual that develops and becomes prominent on highly saline soils in highly rainy years 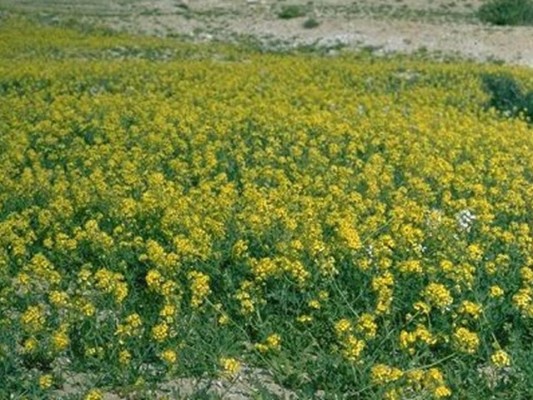 Fig.9.1.55: A carpet of Nasturtiopsis coronopifolia in a rainy year. A wide band of N. coronopifolia may be seen in rainy years on the slopes of the hills above the brown lines in Fig. 9.1.47 along road No. 40 north of Mashabbe Sade