Living in Israel or its neighboring countries, we all get used to living with the fact that there is a constant accumulation of dust in our homes, our cars, and in the wild and cultivated areas surrounding us. Dust accumulates in many places in the urban and open areas (Figs. 7.1.1, 7.1.2). We wish to investigate the sources of this dust and the places where it accumulates. My friend Dr. Eli Ganor worked on his Ph.D. thesis in the 1960s. The subject was the origin of dust and its contribution to the formation of soils in Israel. In 1968 I was in central Sinai in a rain storm accompanied by hailstones the size of pigeons’ eggs (Figs. 7.1.3-7.1.6). At the end of the hail storm I saw dust covering flint stones in the gravel plain that we passed. It is clear that these fine-grained soil particles became free for transportation by the wind. I brought information about the event to Eli Ganor and became interested in the issue.

In my study of biogenic weathering of limestone rocks I learned that particles the size of dust components may be released from the activity of bacteria, cyanobacteria, and lichens living on and inside the rock (Fig. 7.1.7). A whole chapter is dedicated to this issue in our website.

During the years of my active involvement in microbiotic crusts on desert soils, I attended international scientific conferences and presented the role of cyanobacterai, lichens, and mosses in trapping dust in the Dead Sea Valley. During a study on plant succession in [localvegd1 Caesarea sands] we discovered that dust trapped by plants plays an important role in changing and ameliorating the quality of the sandy soil (Danin & Yaalon 1982). Later I wrote articles on dust trapping with Eli Ganor (Danin & Ganor 1991, 1997). In the 1991 study we dealt with dust trapping by mosses in desert. In the second, we displayed the role of the natural lawn formed by [Poa eigii] with mosses, liver warts, and lichens in dust trapping in the Judean Desert. From 2000 on, I returned to deal with trapping of air-borne particles in the extreme desert areas of the Biq’at ‘Uvda in the southern Negev and the Arava. I want to portray the whole picture, which becomes clearer after each component of the jigsaw puzzle is presented. The end product may be called “dust trapping in deserts.” 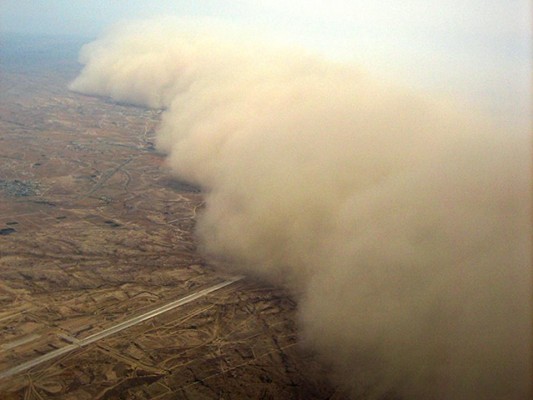 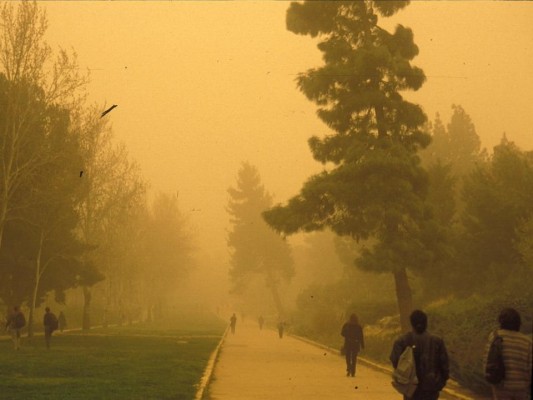 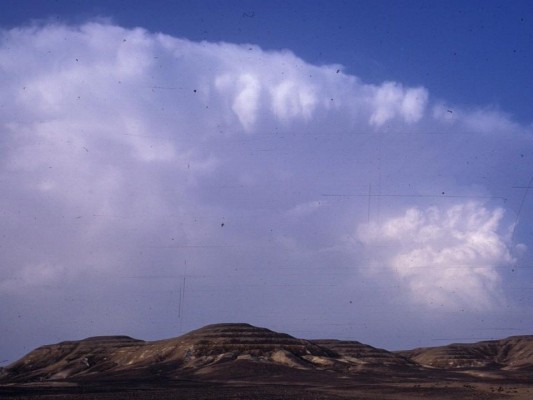 Fig.7.1.3: A small cloud in the summer skies of central Sinai 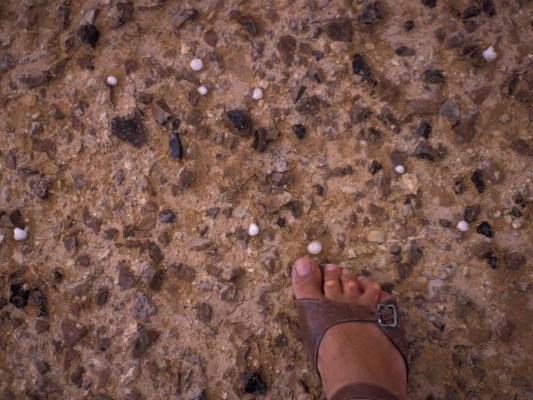 Fig.7.1.4: Hailstones, the size of pigeons’ eggs, fell on our heads on a summery day 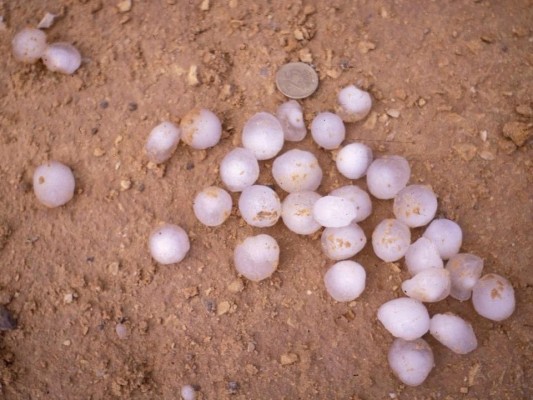 Fig.7.1.5: Hailstones gathered for the photograph during a storm 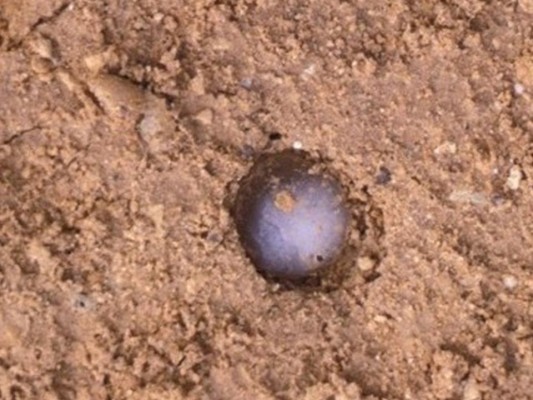 Fig.7.1.6: A hailstone penetrated the soil crust, thus breaking the bonds of soil particles; the particles became free and could be transported by wind or water 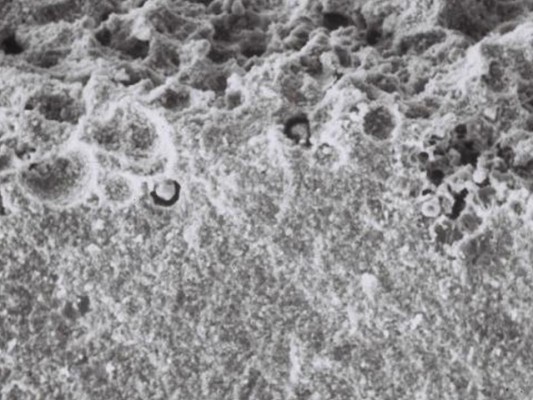 Fig.7.1.7: Cross section of a rock from the desert, where the spongy surface of the floor of a pit releases minute limestone particles which become transported as a component of dust

Dust trapping in the Dead Sea by cyanobacteria, lichens, mosses and liverworts

Large areas of the Lisan formation outcrops occur near the junction of highway 90 (Jericho bypass) with highway 1, 7 km south-east of Jericho.
The soft rock is crumbly and rich in salts. No plants grow on this substratum in normal years; however, salt-resistant annual plants from the Aizoaceae may randomly grow in rainy years. When the upper soil layer is leached, a crust of filamentous cyanobacteria (Fig. 7.1.8) develops. The common organism of this group (Fig. 7.1.9) has a bundle of long green cells subtended by a mucilaginous sheath. In-depth scientific articles were published by Dor & Danin (1996, 2001). When the crust of soil with threads of cyanobacteria becomes thick, and after wetting by rain, the green cells move slowly to the soil surface and construct a new mucilage sheath which traps soil particles transported by wind. When the crust surface is viewed with a scanning electron microscope one can see that the grains are attached to a “carpet” of mucilage (Fig. 7.1.10). Dust or sand grains assimilated into the crust become part of the cyanobacterial crust in the fixation place. 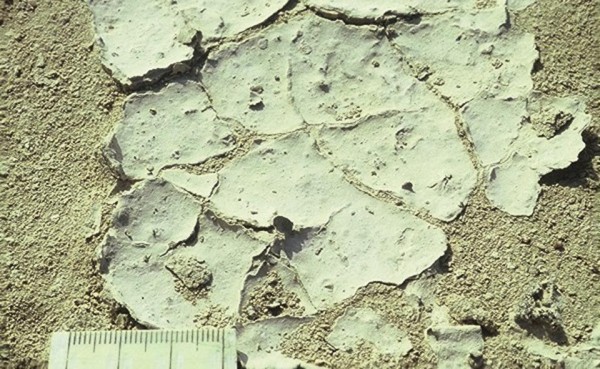 Fig.7.1.8: A saline rock from the Lisan Formation which is locally leached and enables the development of filamentous cyanobacteria which caused the formation of a thin crust 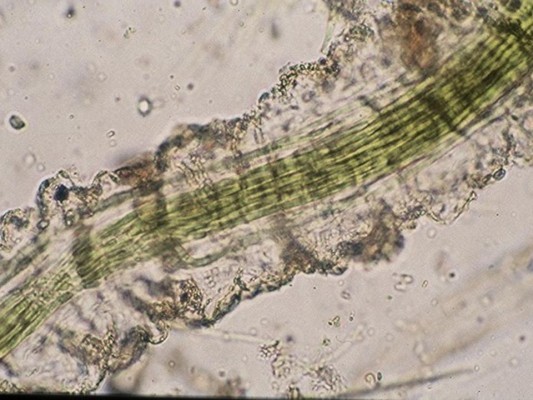 Fig.7.1.9: The cyanobacterium Microcoleus vaginatus which was raised on agar substratum displays a bundle of green cells covered by a mucilaginous sheath 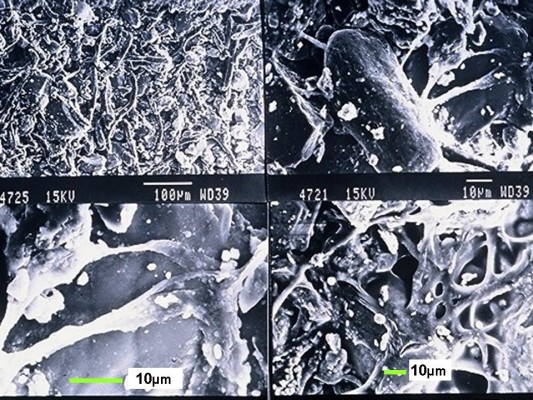 Fig.7.1.10: Scanning electron micrographs of the surface of cyanobacterial crust. Mucilage made of polysaccharides binds the grains that are trapped in the crust