b. Vegetation of the arid areas of Israel, Jordan, and Sinai (mean annual rainfall less than 250 mm.)

The two principal patterns of distribution of vegetation in the arid partsof the Near East are related to dry watercourses (wadis). When plants totally cover all slopes and depressions (Figs. 1.3.56, 1.3.57), the pattern is regarded as “diffused” (mode diffuse of Monod, 1931). In extremely dry deserts, where vegetation is limited to wadis which receive additional water supplies (Figs. 1.3.58-1.3.61), due to runoff, the pattern is called “contracted” (mode contract? of Monod, 1931). At close look, edaphic conditions are the main predictors of vegetation patterns in the deserts of Israel, Jordan, and Sinai. In an area where climatic conditions facilitate the development of diffused vegetation on most soil types, relatively dry soils, such as silty or clay soils, will locally support contracted vegetation.

There are many desert areas, however, where the opposite happens: plants requiring large amounts of moisture occur in certain habitats outside of wadis, in zones of contracted vegetation. In hard and fissured limestone, dolomite, granite, and metamorphic rocks, much of the rainfall becomes available to vegetation because water infiltration is good, and the soil in the rock fissures is leached. Protected from direct evaporation by rocks and stones, the water accumulates deep in the soil and weathered rock, accommodating semi-shrubs Trees common on slopes of the Mediterranean zone with 500-700 mm. annual rainfall also grow in desert areas with 100 mm. or less rainfall when they are in close proximity to outcrops of smooth-faced, hard rocks. Such rocks do not absorb much water, and their crevices obtain high amounts of water from runoff (Danin, 1972, Yair & Danin, 1980). 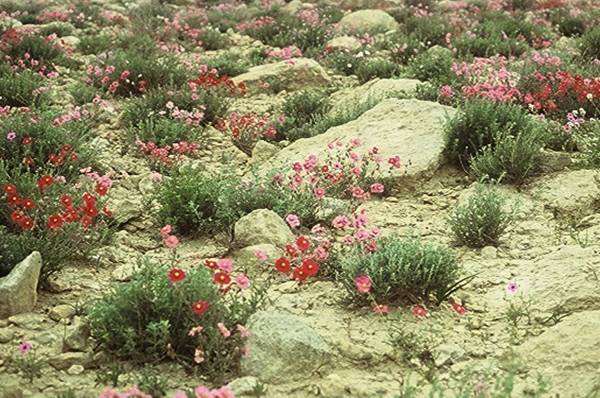 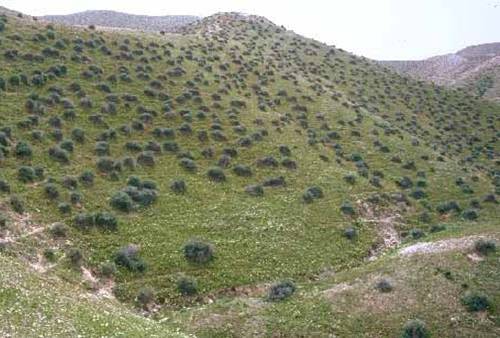 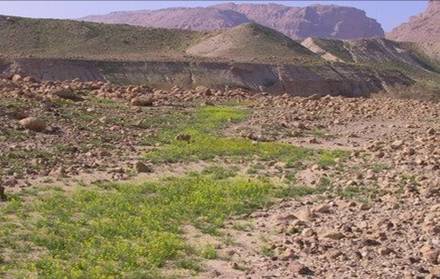 Fig. 1.3.58: Contracted vegetation in the Dead Sea Valley. Due to the soil’s high salinity, the annuals are dominated by Nasturtiopsis coronopifolia, which is adapted to saline soil but grows only in rainy years, when there is slight local leaching. 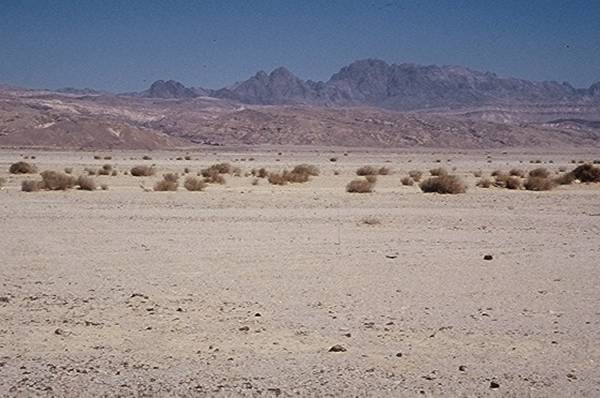 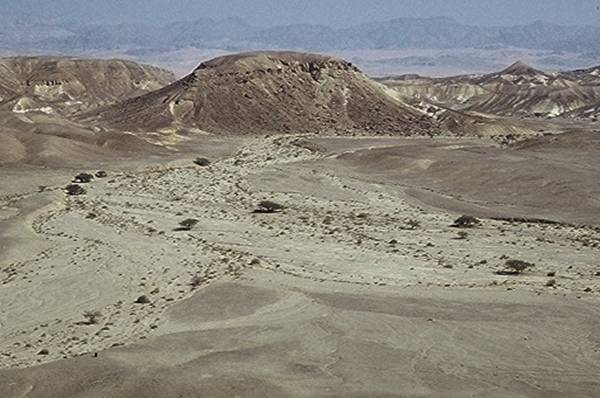 Fig. 1.3.60: Contracted vegetation in the southern Negev near the Arava Valley. Acacia raddiana trees are confined to deep water courses; more water flows here during floods than on the upper surfaces of the system, which is dominated by dwarf shrubs. 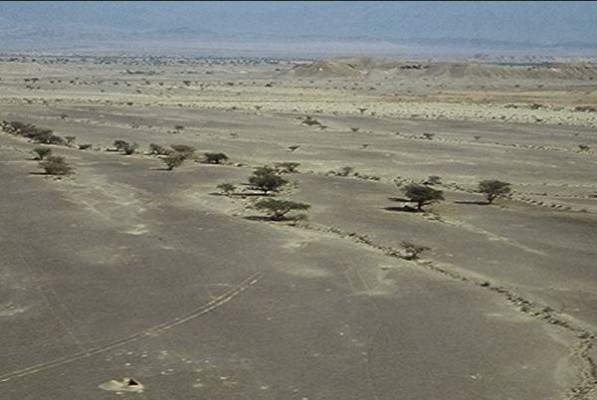