The research carried out by a number of early Israeli botanists brought great progress in understanding Middle Eastern vegetation. During the 1920s and 1930s, Prof. Alexander Eig opened the era of phytosociology, launching this field as an official science in the eastern Mediterranean. The use of phytosociology was expanding simultaneously in southern Europe, and scientists practicing it there eventually became known as the “Southern Europe School” or the “Zurich-Montpellier School.” There was, similarly, a “Jerusalem School.” Eig passed away in 1939, and large portions of his phytosociologic research were published in his name by M. Zohary in 1946. Zohary developed the field further and wrote books and articles covering much of the Middle East. In time it became clear that, in order for the Israeli studies to be included in the international system, we would have to describe and publish the plant associations according to the methods accepted elsewhere in the world. For instance, my Ph.D. thesis on the vegetation of the Negev and the Judean Desert, first published in 1975, was updated and re-published in 1999 using contemporary scientific terminology and methodology (Danin & Orshan, 1999).

Only small parts of Israel’s and its neighbors’ vegetation have been studied thoroughly, but due to changing priorities there is little likelihood that this research will continue. During my career at The Hebrew University of Jerusalem, I taught the course “Vegetation of Israel.” We examined the country’s principal plant communities and their environmental relationships. Following the presentation here of Israel’s general vegetation features, we shall present a detailed discussion of some of the sites we studied in that course. We are not attempting to do a full historical review, but rather to emphasize the studies carried out as masters’ and doctoral research at The Hebrew University.

Israel is in a transition zone, between the Mediterranean woodlands of the northern part of the country, through bathas (shrubby formations) and herbaceous vegetation found in the east and south towards the deserts, and to the shrub-steppes and extreme desert areas in the southern Negev. Tropical vegetation resembling savannas exists in the hottest parts of the country.

For many years, the vegetation of the countries neighboring Israel was beyond our horizons, since it was not possible for Israelis to visit them regularly. But following the Six-Day War in 1967, the Sinai was opened to us, and from 1967-1972 I participated in a botanical research team there sponsored by The Hebrew University. Afterwards I completed my Ph.D. thesis on the desert vegetation of Israel and consequently summarized my observations in two books (Danin 1983; Danin & Orshan 1999).

The peace between Israel and Jordan extended our scientific reach eastward. Cooperation with the Jordanian Royal Society for the Conservation of Nature (RSCN) and a few excursions with the “Camel Riders,” ably assisted by the tour guides of “Petra Moon,” brought me to places beyond my sweetest botanical dreams. A visit to the gigantic botanic refuge of Edom, Jordan, the sandstone outcrops (Fig. 1.1.1), gave me essential information on this special habitat, which may be found in deserts throughout the world. For more than 30 years, I observed many phenomena of this habitat, and my observations are summarized in Danin (1999). I believe that mesophytic relics found in the desert are one of the most interesting challenges posed to botanists. How, for example, did [Pistacia] and [Juniperus] arrive in the desert area of Edom, and how do they survive there today? 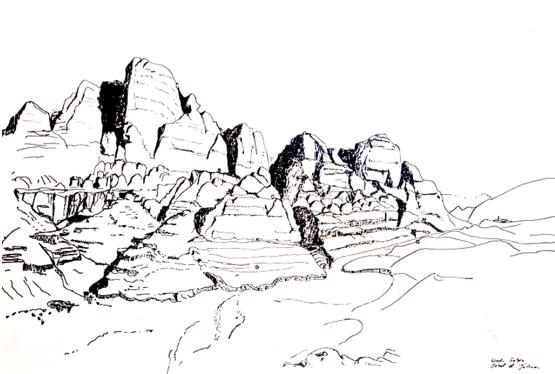 When friends ask for advice about where to visit in Jordan, I find myself “warning” them: “You must not visit Jordan without spending at least one day and night in Dana Nature Reserve!” I have a number of other favorite botanical sites in Israel, Jordan, and Sinai, and I present this book as a kind of botanical guide and gift to the visitor who is interested in journeying in these countries.

The inhabitants of a country look at the landscape around them. Those involved with its natural history have lived its events and processes for millennia. When the prophet Isaiah, for example, brings forth a prophecy in six (Hebrew) words, he is in fact describing complex processes of plant succession which give his words powerful impact. His audience consists of farmers who have basic phytosociological background; they need no explanations. Hence, in Isaiah’s words (Isaiah 34, 13): “and thorns shall come up in her palaces,” it is clear that the Hebrew refers not just to thorns, but to the plant named SIRIM ([Sarcopoterium spinosum]), and Isaiah means much more than is said in his one short sentence: Those palaces will be destroyed, and their walls will crumble into a kind of soil which will support only ruderal vegetation for many years. The soil will be leached, and [Sarcopoterium spinosum] will establish itself on the abandoned earth (Figs. 1.1.2-1.1.4). This is a process that takes place over the course of several dozen or hundreds of years of abandonment. 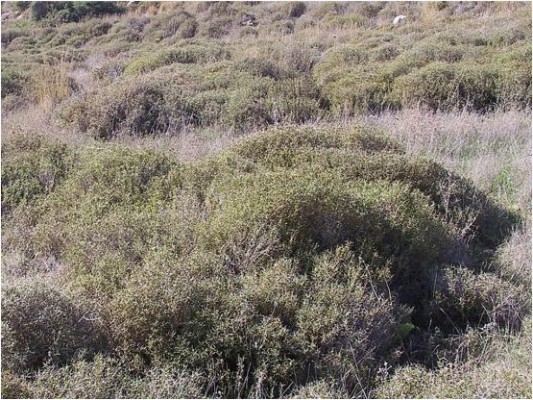 Fig. 1.1.2: Sarcopoterium spinosum “crawling” and establish in an abandoned field with herbaceous vegetation. 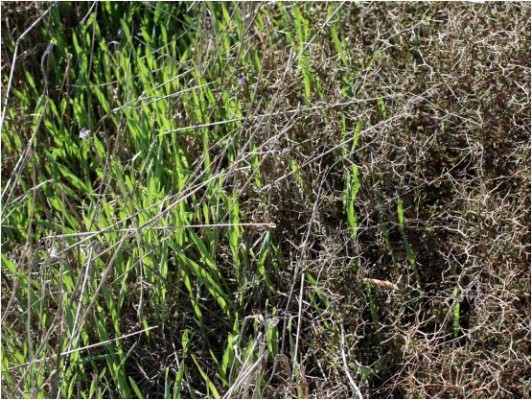 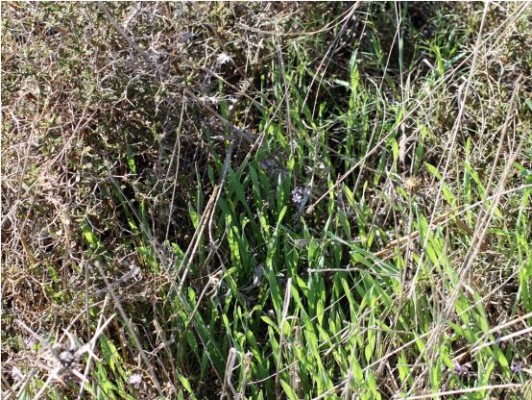 Fig. 1.1.4: The dominant among the annuals here is Hordeum spontaneum.

Following many years of devastation, the natural history of Israel started to be studied in the past few centuries. The reader interested in further information can consult the detailed bibliographic work of Mrs. Yudkiss, who served for many years as the principal librarian of The Hebrew University’s Department of Botany (Yudkiss, 1987).