The second geographic indicator is [Zygophyllum dumosum] (Fig. 15.1.17). The young leaf (No. 1 in Fig. 15.1.17) has a pair of flat succulent leaflets at the top of a cylindrical succulent petiole. In summer the leaflets dry out (Fig. 15.1.18) and the leaf continues to live as a cylindrical succulent petiole that looks like a small sausage (No. 2 in Fig 15.1.17) with two white scars on its top. I saw these leaves in photographs of the Shroud from the years mentioned above for the [Gundelia] image, as well as in direct viewing of the Shroud. The distribution area of [“Zygophyllum dumosum” Z. dumosum] is much smaller than that of [“Gundelia tournefortii” G. tournefortii]. The area in which the two plants could be placed on the body of a dead man is restricted to a small area east- or west of the Dead Sea (Figs. 15.1.19, 15.1.21).

Another plant that makes the indication of [“Zygophyllum dumosum” Z. dumosum] stronger, is [Capparis aegyptia] (Fig. 15.1.20). Both grow in the same area in the Negev, the Judean Desert, and Jordan. A more accurate indication of the location is achieved by adding a fourth geographic indicator – [Cistus creticus] (Fig. 15.1.22). Growing in the vicinity of the meeting zone of the previous three species, it restricts the meeting zone to west of the Dead Sea, to an area between Jerusalem and Hebron. In other words, only in this strip of land could people place fresh plants of these four species together on the body inside the Shroud of Turin. 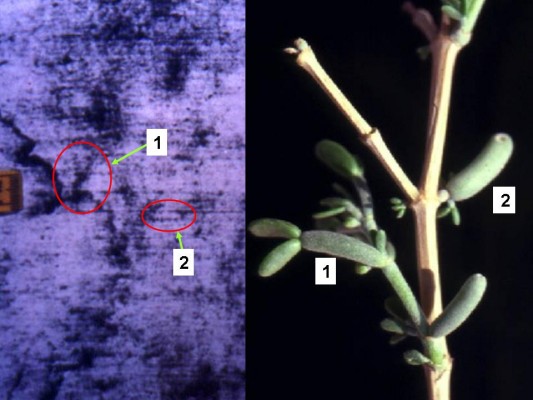 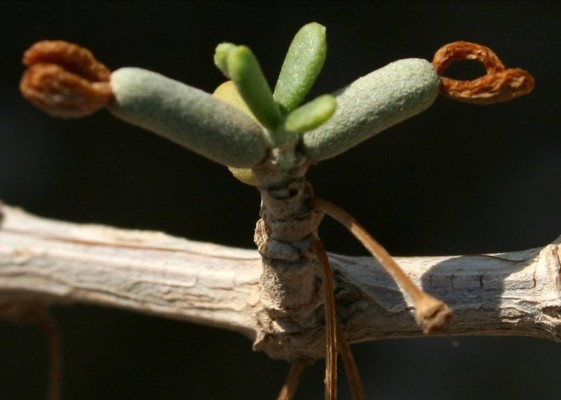 Fig. 15.1.18: A branch of Z. dumosum in the summer with two pairs of dry leaflets at the top of two cylindrical petioles. 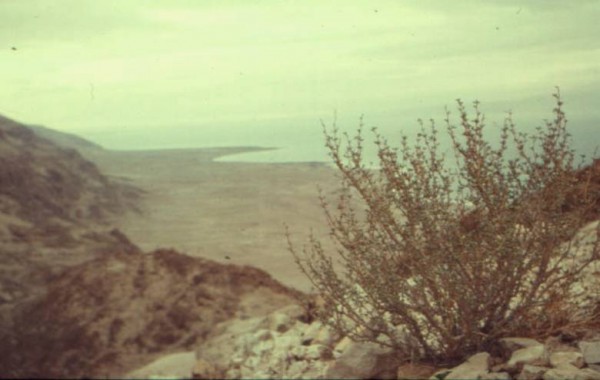 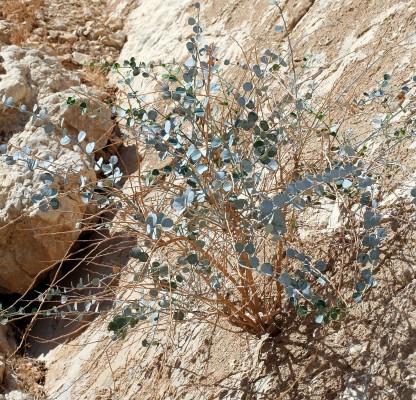 Fig. 15.1.20: Capparis aegyptia in summer or in the middle of winter when the previous year’s leaves become fleshy and bluish due to the wax accumulated on their surface. 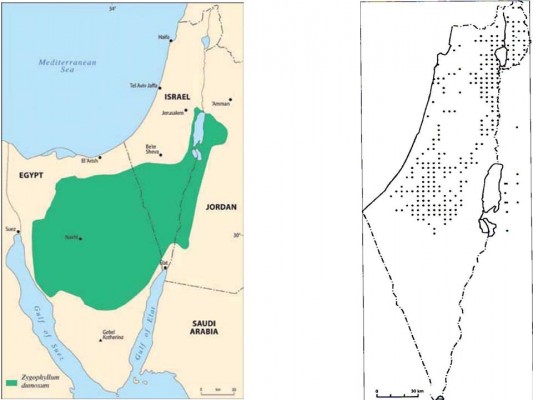 Fig. 15.1.21: Distribution maps of Z. dumosum(on the left side) and of G. tournefortii in Israel and neighboring countries. 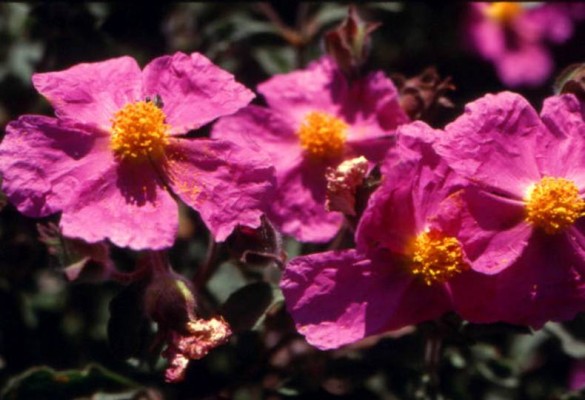 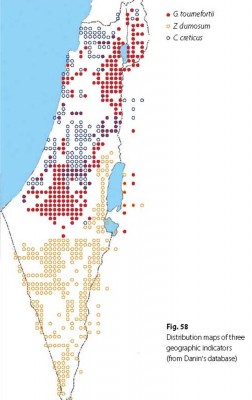 Fig. 15.1.23: The meeting zone of Gundelia tournefortii (red), of Zygophyllum dumosum (yellow-orange), and Cistus creticus (blue). Fresh plants of these species could be put on the dead man’s body only between Jerusalem and Hebron.