[Gundelia tournefortii] is the first important plant; its image is seen on the right shoulder of the man (No. 8 in [usefulplants_01 Fig. 15.1.1]). Since [useful_plants_01 Fig. 15.1.1] is a photographic negative it is a true image and the reader has to imagine him lying on the ground. In this position, the [Gundelia] inflorescence, which is placed on the right shoulder, is seen by the viewer of [useful_plants01 Fig. 15.1.1] on the left side of the photograph. Sindonologists are using the term “anatomical right” for such a situation. During the printing of the photograph it is easy to make a mistake and print it with left and right flipped. The reader who goes deeply into the question of left and right flipping may find one or two “wrong” photographs (in this matter). I apologize for this in advance; my main issue is to display the plant images.

The physics teacher O. Scheuermann created plant images on photographic paper and made them available to Dr. Whanger and to me. Using this method, a rose leaf (Fig. 15.1.12, right) and a [Berberis] twig (Fig. 15.1.12, left) were loaded with static electricity using a Van de Graaf-generator as a high voltage source. When released from leaves, fruits and thorns, the electricity causes typical spots on the photographic paper. Point 1 in Fig. 15.1.12 is a rose leaf that has toothed leaflets. The electrons escape from the teeth of the leaflet and create a dark band at the leaflet margin, making the leaf prominent. Similarly, this is how flat petals look.

The image caused by the juicy fruit of [Berberis] (No. 2 in Fig. 15.1.12) looks like an elliptic full spot. There are thorns emerging from the [Berberis] stem. Rays of electrons escape from the thorns’ tips (No. 3 in Fig. 15.1.12) in all directions, causing a dark ball-shaped spot. Its two dimensional shape is a dark circle. A model of the process may be seen in the spire of a church with a lightning rod (No. 4 in Fig. 15.1.12). Many species of [Berberis] bear thorns, like the Patagonian Beberis microphylla (Fig. 15.1.13). The shrub’s name in Spanish is Calafate – a name well known, as a city, to many tourists in southern Argentina. Apart from being thorny and used experimentally, these plants have no relation to the Shroud or to the Crown of Thorns. 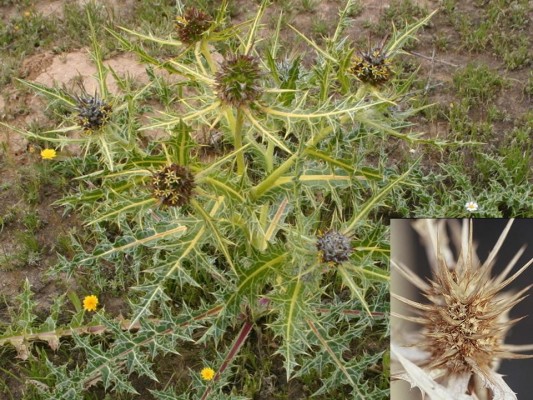 Fig. 15.1.10: A flowering plant of Gundelia tournefortii with a few ripening inflorescences. At lower right, a ripe inflorescence from a dry plant. 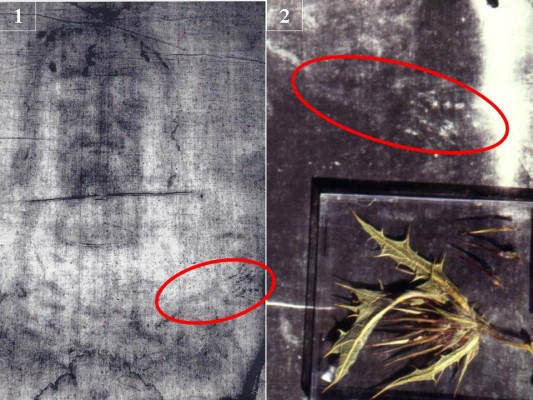 Fig. 15.1.11: An image of Gundelia tournefortii on the right shoulder of the man of the Shroud (marked by a red ellipse); on the right, enlargement of the G. tournefortii inflorescence displaying a long thorn, from below the inflorescence, and large spots at the tips of the short thorns tips. The large, light colored spots are prominent in this negative. 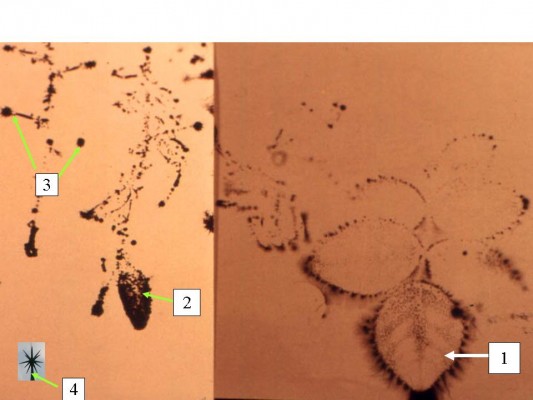 Fig. 15.1.12: A rose leaf (on the right) and a branch of Berberis photographed using the Kirlian and Kirlian (1961) method. 1. A rose leaflet where the margin became dark as a result of electrons escaping through the margin’s teeth; the leaflet center is light colored. 2. A dark colored juicy fruit 3. Tips of teeth where escaping rays of electrons caused “small balls” which look like a big spot. 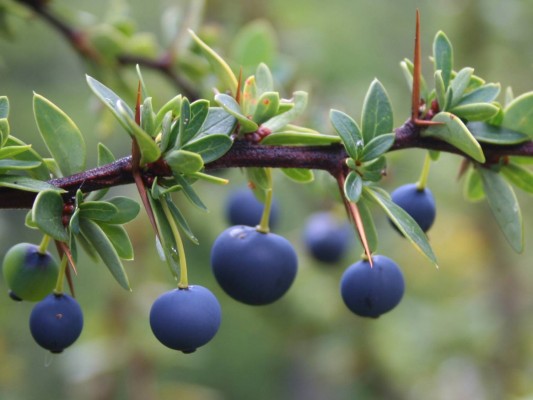 Fig. 15.1.13: A branch of Berberis microphila which grows in Patagonia and is known there as “calafate”. 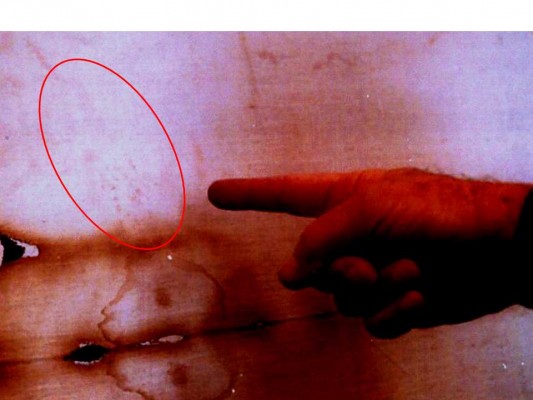 In March 2000 I attended a conference in Turin and was surprised to participate, together with the 30 participants, in a private “demonstration” of the Shroud itself (fully exposed). The organizers’ photographer took a photograph of my finger pointing to the image of [Gundelia tournefortii] (Fig. 15.1.14). I was thrilled, because I had previously seen the image of this plant in exactly the same place in photographs taken in 1898, 1931, and in photographs by several methods in 1978. I saw it in 2000 directly on the cloth (with no photographs) and it was photographed then by another method (Fig. 15.1.14). Different methods were used on all those occasions, but the [Gundelia] image was seen in exactly the same place. Hence, it was not a photographic artifact created by one method or the other.

The original photographs of Fig. 15.1.15 were taken in 1978 by Vernon Miller, the official photographer of STURP (Shroud of Turin Research Project). The Shroud was illuminated with UV irradiation and the reflected fluorescence was captured by film sensitive to fluorescence. When printing the enlargements at ‘Photo Schwartz’ in Jerusalem, I mistakenly asked for an enlargement of 170%. This is the reason for the size difference (in Fig. 15.1.15) between the living plant and the image on the photograph. The distribution of the plant in the world at present (Fig. 15.1.16) indicates that only in the Middle East could one put a fresh plant of [Gundelia tournefortii] on the shoulder of the man of the Shroud. Additional plants will restrict the size of the indicated location. 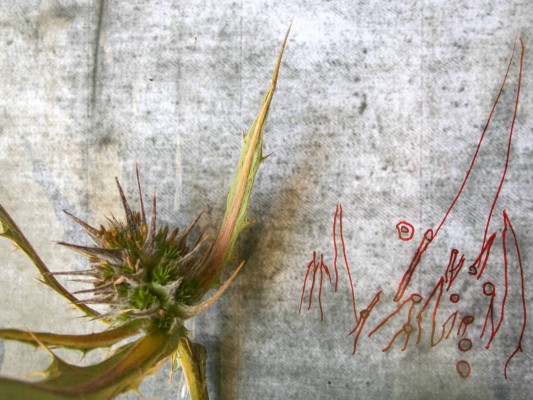 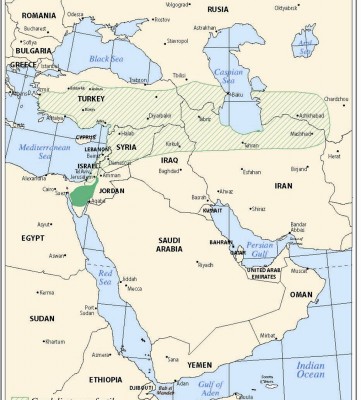 Fig. 15.1.16: World distribution map of Gundelia tournefortii (oblique lines) and of Zygophyllum dumosum (dark green). Their boundaries meet together near the Dead Sea.