The Four Species of Sukkot (Cont.)

N. Hareuveni devoted much thought and in-depth research towards identifying the willow mentioned among the four species. There is no point in my copying the issues he set down so clearly in his books. Please allow me to quote without giving the exact source; the interested reader should refer to N. Hareuveni’s book “Nature in Our Biblical Heritage” (1980). The willow ([Salix]) is a complicated genus, the species of which are difficult to determine due to many hybridizations between trees of different species. The common feature of all the willow species is their growth beside fresh water springs, brooks, and rivers. Our sages said: “from the day of the destruction of our Temple, willow and poplar ([Populus]) became mixed.” 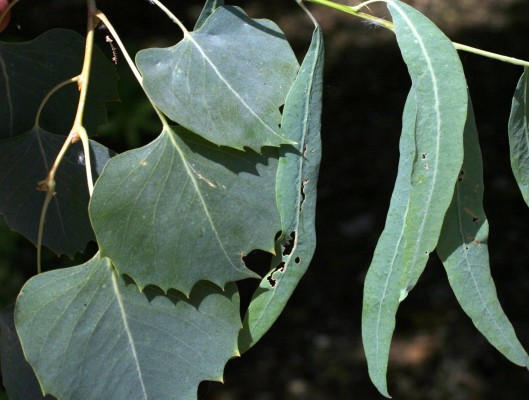 Fig. 14.2.22: Leaves from a Populus euphratica tree at the Dead Sea beach.

Reaching the [Populus euphratica] trees growing near the springs of Zin Valley, near Sede Boqer and at the Dead Sea Valley, one can see the “mixture.” In the poplar thickets containing young and old trees (Fig. 14.2.22) there are branches with narrow, elongated leaves (resembling those of most Salix species) and branches with elliptic leaves (resembling those of most [Populus] species). Our sages argued a great deal about this, and I personally liked the conclusion of the debate: “What is arava? (willow in Hebrew) – hilfa-gila (in Aramaic). Following this statement, the most “kosher” willow is the one with mixed leaves, some which resemble “kheilaf” ([Desmostachya bipinnata]) and some like a sickle (magal in Hebrew, gila in Aramaic). The outcome of this discussion is that the most suitable “willow” is the tree [Populus euphratica]. This tree grows at present all along the Jordan Valley between Bet Shean and the Dead Sea and along the Dead Sea coast. In these places there is fresh water in springs and in the Jordan River, under hot climatic conditions.

When connecting the points drawn on our virtual map by the date palms and the kosher willows, we come from Egypt through the deserts of Sinai and southern Jordan to east of the Jordan River, looking now at the high mountains of Samaria and the Galilee. 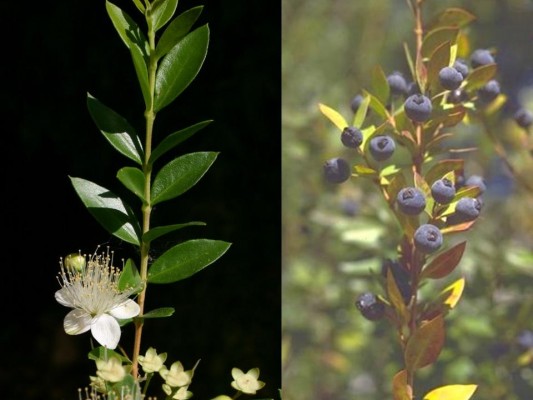 When the Children of Israel crossed the Jordan River and reached the mountains of the northern part of Israel, they came across thickets of oak woodlands difficult to pass through. Symbolic for this thick woodland is the myrtle – [Myrtus communis] and I have nothing to add on this point. The myrtle I planted at the edge of my garden in Jerusalem makes us happy during the entire year with its green and scented canopy (Fig. 14.2.23).

I had no interest in the etrog, citron – Citrus medica , until my colleague from Cyprus, Mr. Georgios Hadjikyriakou, wrote a book on the aromatic plants of Cyprus. The citron has always been one of the cultivated crops of Cyprus and I helped him by photographing a few fruits in the Sharon plain, south of Hadera. Now, unable to find the photos in my own files, I thought of Georgios. I know that everything is in perfect order in his home near Limasol. I asked him to send me the photos and they arrived 15 minutes after our short phone conversation (Figs. 14.2.24, 14.2.25). 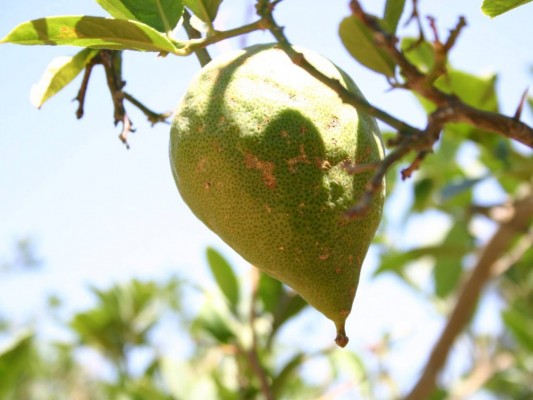 Fig. 14.2.24: Citrus medica with a prominent style. The dark spots on the fruit are chambers of essential oil that gives the etrog its special odor. 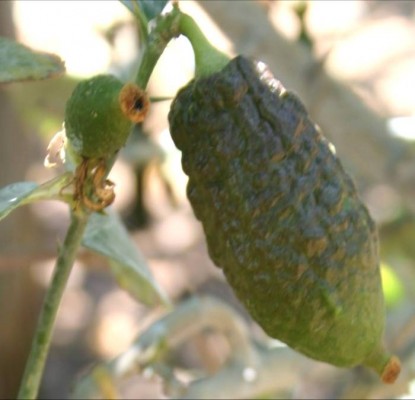