The Tabernacle Menorah in Crete

Visiting Crete in 1983, I went to an herb and spice shop in the market of Heraklion and saw there bunches of dry [Salvia fruticosa] branches. I asked the owner, in English and in sign-language, if he has “sage” (=[Salvia fruticosa] in English) with “apples.” With my fingers I drew a circle which reminded him of something. He went to a storage corner of his small shop and brought me a bunch of [“Salvia fruticosa” S. fruticosa] with a gall. A month later I visited the shop again. This time I had a small Hebrew-Greek dictionary which had several commonly used Greek words written in Hebrew letters. Between these two excursions I learnt, from a book on medicinal plants of Greece, that the vernacular name of [“Salvia fruticosa” S. fruticosa] is “fascomilo.” I returned to the same shop in Heraklion market and asked the owner, using a few words I had learnt in Greek, to give me fascomilo with “milo” (= apple in Greek). He laughed, saying “milo – fascomilo”. Thus, I learnt, in Heraklion’s market, that the word apple is a built-in part of the name for sage in Greek.

We arrived later at the Topolia Gorge (Fig. 14.1.15) in western Crete. Plenty of Salvia pommifera shrubs grow there on the cliffs. The meaning of its Latin name is “carrying apples” and it has galls that are rather similar to those of [“Salvia fruticosa” S. fruticosa]. Certain confusion developed in the scientific literature following the name used by the botanist Tournefort in the 16th century. He named the plant Salvia Cretica Frutescens Pommifera, meaning “the shrubby Cretan sage that carries apples.” This was before the date when binary names started to be used (the year 1753 when Carolus Linnae\us’ book “Species Plantarum” was published). It is now evident that there are two different shrubby species of [Salvia] in Crete. They carry apple-like galls (Figs. 14.1.16, 14.1.17) and both have the same vernacular name = fascomilo: [Salvia fruticosa], which grows in Israel as well, and Salvia pommifera, which is confined to Crete and S Greece. The two species differ in their structure and specifically in leaf and calyx morphology. Their scent and their tea taste differ as well. I may sum up my personal view on the issue of “Cretan apples” versus “common apples,” based on my experience in studying vernacular plant names in the Middle East. Plants in common use have a one-word name. In cases where there are two or more different species, with a chance of confusion, one or a few of them will have a binary name. [useful_plants_g6 I discussed this in detail when dealing with the hyssops in “Plant Stories”]. Based on literature on the origin of cultivated plants, we know that apples growing on trees were already known at least 5,000 years ago. These apples are glabrous, whereas the Cretan apples are hairy. This is how Rabbi Samuel, who lived in the third century C.E., and is mentioned in the Gemara, could note the Cretan apples and differentiate them from the common apples. 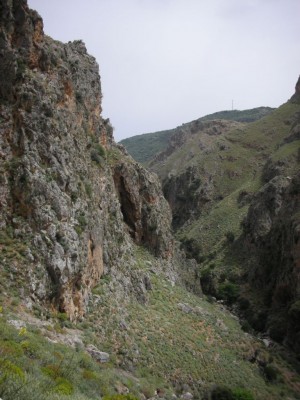 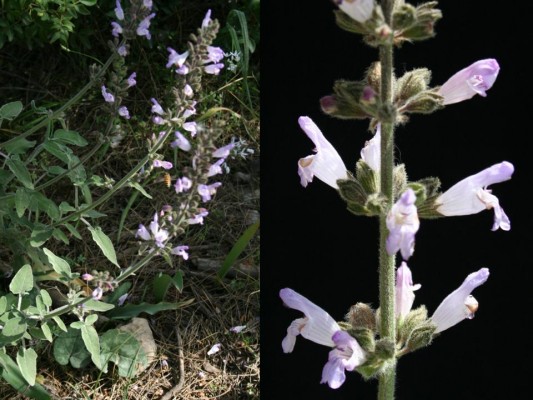 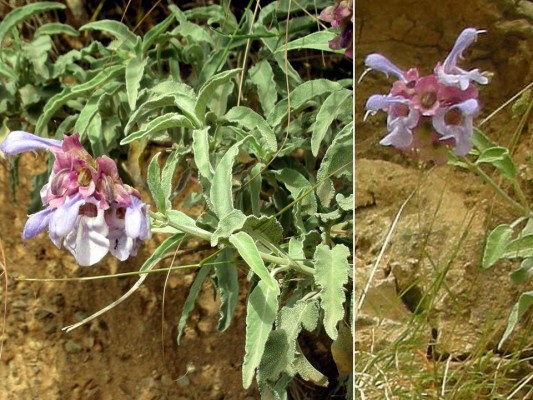 The tradition of giving the vernacular name of tree fruits to shrubs which carry edible galls is found in the Middle East as well. The Bedouin name of Salvia dominica is khokh (= peach). Its young galls (Fig. 14.1.18) are edible when fresh. They are scented, hairy, and have a sweet taste. These galls develop at the stem center or base (not at the tips: Figs. 14.1.19, 14.1.20). In the cross-section of a young gall already past the time when it could be eaten (Fig. 14.1.21), one can see the “growth cells” of the young wasps. The parenchyma tissue between the “growth cells” is no longer green and juicy and has turned white and dry. 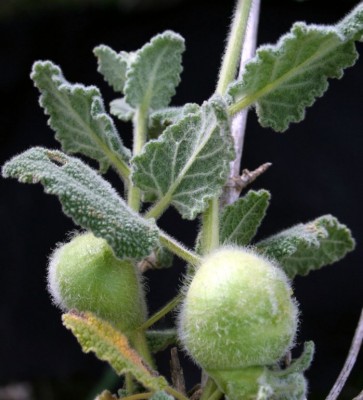 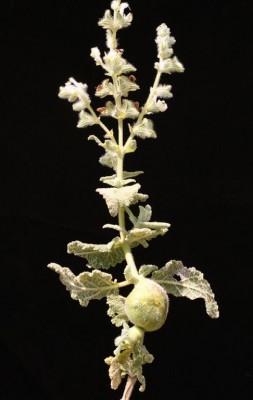 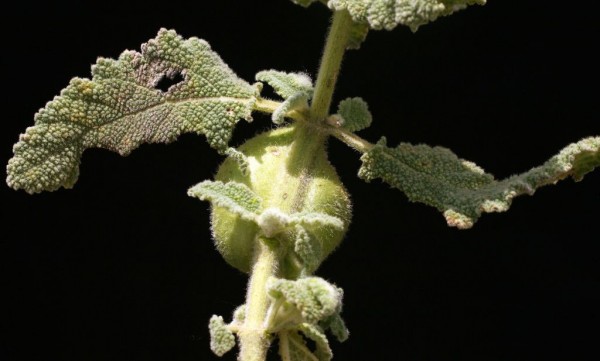 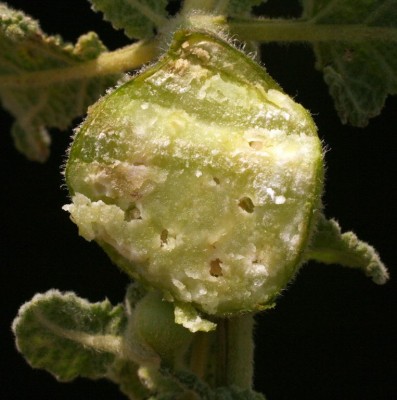 Fig. 14.1.21: Cross-section of an old gall of Salvia dominica. The developing wasps are seen in the globular holes inside the gall.