Seed ripening, dispersal and porcupine activity in the Judean Desert

A few days after flowering is completed, a capsule with three crests develops in place of the pollinated flower (Fig. 9.4.1). A few days later the ripening fruits split at three sutures. The shiny, black seeds are clearly seen among the fissures (sutures) of the opening capsules (Fig. 9.4.2/left). When the wind shakes the ripe inflorescence, seeds are released, fall, and are dispersed by the wind to a short distance from the mother plant. A wet seed moistened by the dew cannot “fly” a long distance. A dry inflorescence is seen in Fig. 9.4.3/left, and a wet one from the night dew on 9.4.3/right. Windborne seeds arrive at sites where germination and establishment is possible (Fig. 9.4.4, 9.4.5). One of my senior colleagues publicly doubted the establishment of Urginea maritima from seeds in Israel. I felt challenged by his statement and found thousands of established seedlings in the Mediterranean territory. There were a lot of seedlings in rocky terrain in Jerusalem and in Caesarea sands.

A few rock boulders, remnants of a landscape similar to [useful_plants_i1 Fig. 9.1.3] survived urbanization. They can be seen near the Israel Museum, the Science Museum at Givat Ram, and the rock reserve at Ramat Bet HaKerem. In Fig. 9.4.4, photographed in November 2009, six seedlings with between one and three leaves are seen in Givat Ram. In Fig. 9.4.5, in a nearby rock, additional seedlings are seen covered by shallow soil. This figure repeats in color Fig. 9.4.6 published in 1941 by HaReubeni. The large bulb of the seedling developed close to the soil surface; by what means does the bulb penetrate to the right depth? The answer is shown in Fig. 9.4.7. The seedling develops a highly branched root system (9.4.7/right). One or a few of them start to contract, and then round small folds form on the root part close to its base (Fig. 9.4.7/left). In this way the plant makes sure the renewal bud forms in the right place. This system of “contractile roots” activity is found in many geophytes. Prof. Yaacov Galil wrote a book (in Hebrew) on the issue of “Kinetics of Geophytes.” 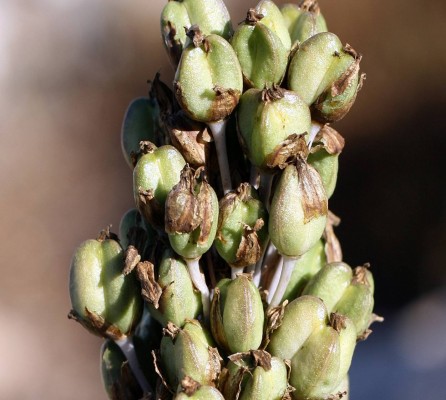 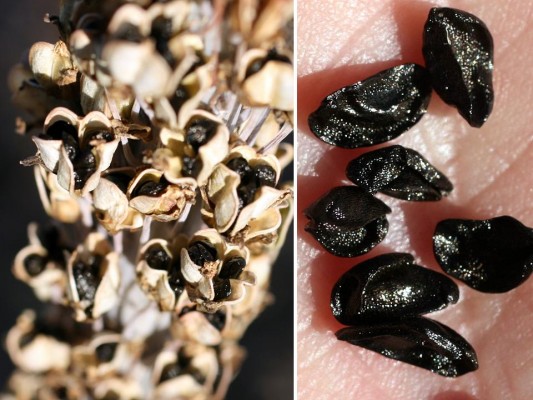 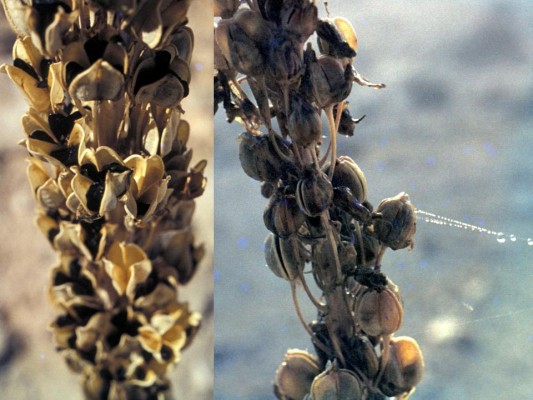 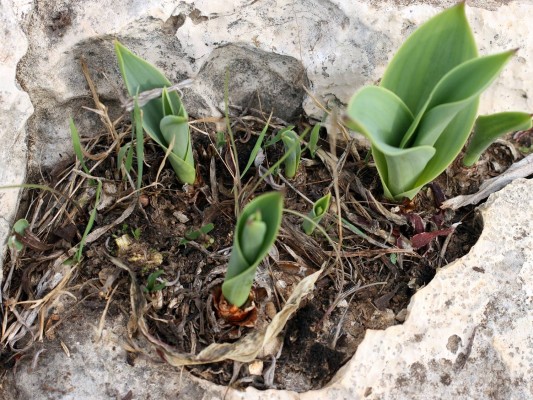 Fig. 9.4.4: Seedlings of different ages in a soil pocket in a rock that survived urban development near the Science Museum, Givat Ram, Jerusalem. 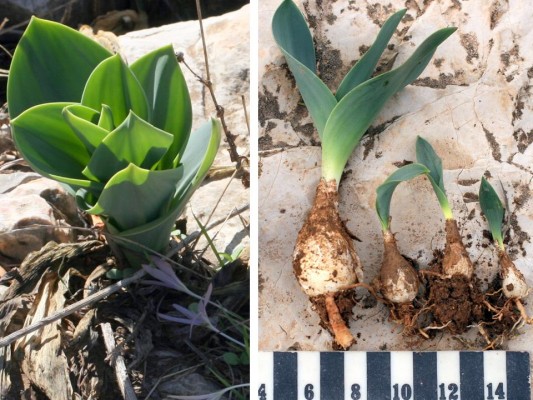 Fig. 9.4.5: Seedlings of different ages with their bulbs; the young ones on the right. 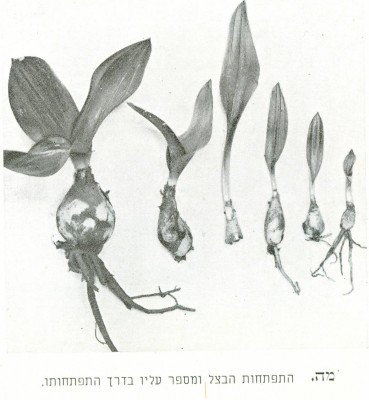 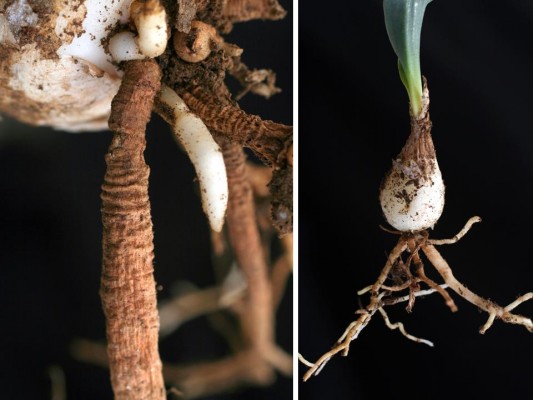 Fig. 9.4.7: Roots of a young Squill. On the right, thin roots branch and grow thicker. On the left, a thick root that contracted and pulled the bulb deeper.

The abundance of small Squill “families” in the Judean Desert below sea level elevation deserves special attention. My suspicions were aroused at my regular “teaching stop,” where I pointed out that Suaeda asphaltica was growing: we noticed the Squill in small depressions (Fig. 9.4.8). Yuval Sapir, a teaching assistant at that time, noticed a small depression with a white dry Squill scale (Fig. 9.4.9/left). Additional examination showed roots coming down from the “bulb cake” (as in [usefulplants_i2 Fig. 9.2.10]). However, here in the Judean Desert there were no storage scales producing the main body of the Squill bulb. There were two small bulbs at the right side of the “bulb cake” plain. Investigating further, I found that most Squill individuals in that part of the Judean Desert developed from individuals resembling Fig. 9.4.9/right.

After observing signs of porcupine digs in a few holes, I came to the following temporary hypothesis: the Squill bulb scales are eaten by porcupines that possess a special adaptation enabling them to withstand the Squill poisons. In some places the Arabic vernacular name of the Squill is “basal far” (the rats’ bulb), since ground Squill scales were used to poison rats. Results of biochemical investigations reported in literature point to the presesnce of cardiac glycosides in the bulb. The porcupine population of the north-eastern Judean desert is resistant to the poisons protecting the Squill from porcupines in the rest of the country. The porcupines here eat only the storing scales which make up the soft part of the bulb (Fig. 9.4.10/3). They do not harm the fibrous component of the bulb (Fig. 9.4.10/1). Possibly they eat the apical bud as well (Fig. 9.4.10/2). Removing the scales and the apical bud brings about removal of their suppressing effect on the lateral buds. Many of the latter sprout (Fig. 9.4.10/right); I once counted about 30 new buds on a single bulb. A “Squill family” developing after being eaten by porcupines contains many leaf rosettes in a small circle. The ones developing from a bulb that divides into two after blooming cover a much larger area (useful_plants_i2 Fig. 9.2.15]). 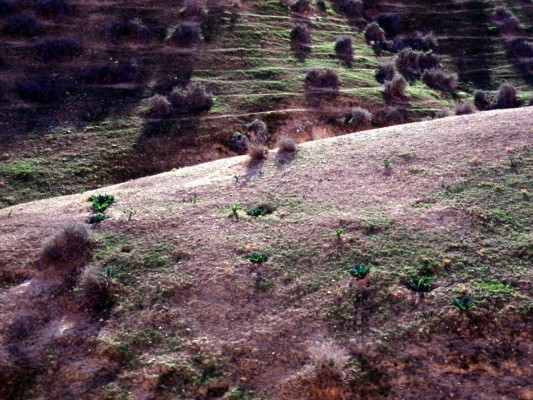 Fig. 9.4.8: Slopes dominated by Suaeda asphaltica at the sea-level zone between Jerusalem and Jericho. The Squills grow in small depressions on the foreground slope. 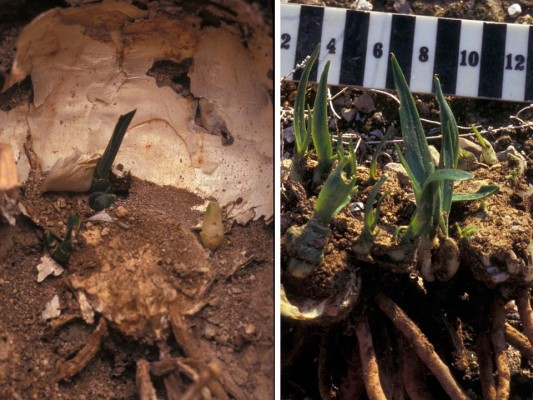 Fig. 9.4.9: On the left, the wall of a small hole covered with a white dry bulb-scale; the whole floor displays roots and remnants of the stem with a small bulb developing at its margin; the bulb scales seem to have been eaten by a porcupine. On the right a slightly older Squill with approximately 30 sprouting buds possibly after the suppressing bulb scales had been eaten by a porcupine. 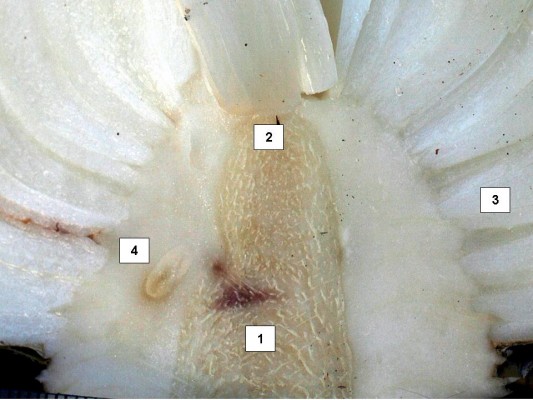 Fig. 9.4.10: A close-up of a longitudinal cross section of the bulb in Fig. 9.4.9 right. 1. The fibrous part of the bulb’s stem; the fibers are mainly conducting vessels. 2. The bulb’s apical meristem situated above the figure “2”. 3. Thick scales functioning as food and water reservoir. 4. A root on its way to the soil.

I thank Elisha Porat for the poem he sent us, written in Hebrew. It is very appropriate for closing the story of another chapter about the Squill in Israel.

On Memorial Day I knelt
To plant Squill bulbs in flowerpots,
And put them in the concrete holders
By the small military corner at our cemetery.
When they sprout, to shout at me,
I’ll hide them again inside the soil.
Sitting on the stone-bench, I watch every day,
How green and fresh they rise,
How the flowering white candles
Are so shiny in autumn.
How their blossoms become yellow,
Only to wither, fade, and I remain unconsoled.
And a year later, in the spring, I will kneel
Again to the Squill flowerpots, to see
How they cracked the dirt, and
How the clay pottery collapsed,
Broken, never to be mended.

translated from the Hebrew by the author and Ward Kelley 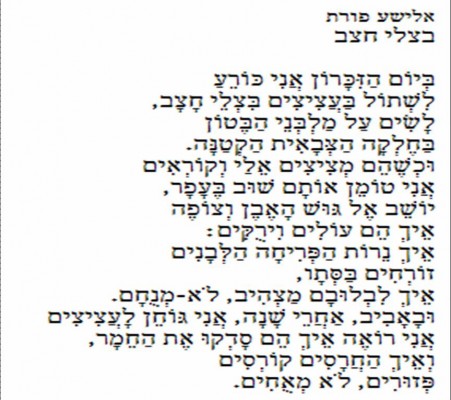 I would not extend the discussion for the entire genus Urginera had I not met a friend from South Africa (Dr. Richard M. Cowling), who visited Israel one summer in the 1990’s. He was accompanied by a small group of S. African students. I stopped the car and explained to them about the “bulb of bulbs” (one of the Arabic names is – basal el busel) that was then in bloom. The plant was “looking” at the visitor from the bulb tip that often reaches the soil surface. After my short explanation Richard opened his presentation, accurately describing the Squill life cycle. I was surprised, as I knew he had not visited Israel before, and clearly could not have read an introduction including all the plant species of Israel. When I asked him for the source of his information he said that the genus Urginea is represented in the Cape Flora (having only 24,000 species), by five species with the same life cycle.

I tried to salvage the lost pride of the flora of Israel and told them we have also Urginea undulata which blooms like U. maritime before the rainy season (Fig. 9.4.12). The plant stores much water and assimilates it. It is easily recognizable in winter by the undulating margin of its leaves. A book by Wielgorskaya & Takhtajan, (1995), listing the number of species in each genus, informs us that there are about 40 species of Urginea on earth, growing in Micronesia, S. Europe, Asia, Asia Minor, Iraq, Iran & India. 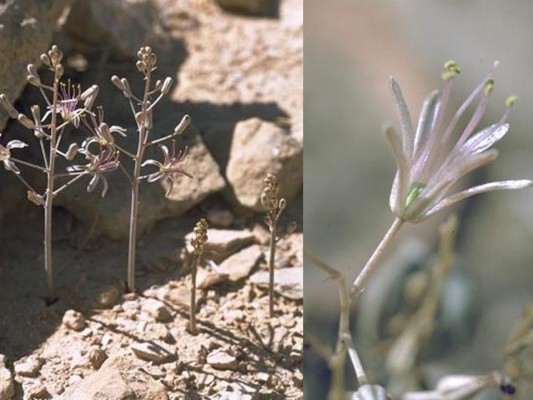 Fig. 9.4.12: Urginea undulata blooming in autumn on a sandstone hill near Ofakim. 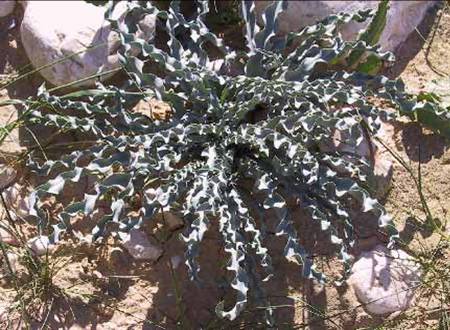 Fig. 9.4.13: A “family” of Urginea undulata. The leaves have an undulating margin.