What is Hatsav? – with which Joshua divided the country

One of the traditions that may still be seen in Israel is marking the boundaries of roads or territories with the aid of squill. With the modern development of fields and roads, this phenomenon is rarer. Some 20 years ago I photographed the boundaries near the Revivim-Tse’elim road marked by squill (Figs. 9.3.2-9.3.3), and I do not know if it still possible to see the lines of squill there. In the western Negev, in sandy soils where it was not possible to delimit with stones and wood peg, delimitation of fields by planting squill was a common practice. A tuft of squills as in Fig 9.3.2 is hard to transfer, so it becomes rather difficult for someone who wants to steal land from his neighbor.

Even when disconnected from the roots, the thick squill roots remain anchored deep in the soil (Fig. 9.2.10). Hence the Aramaic proverb that appears in the Mishnah (Beitsa 25, 2): “The squill cuts the feet of evil-doers.”

We should use the information presented in this chapter to fully understand Figs. 9.3.2 and 9.3.3. The squill may succeed in growing and developing in the climatic zone of 200-300 mm mean annual rainfall. Occasional germination in sandy soil in this climatic zone is not accompanied by seedling establishment and the plant dies. Germination in sandy soils in rainier areas (e.g. near Caesarea) or in rocky terrain where the water collects in pockets, may lead to seedling establishment. The squill planted as a boundary delimiter grows until the blooming stage. After blooming, each bulb becomes two, which again carry on growing until the blooming stage, and so on. There are 30 leaf rosettes in [useful_plantsi2 Fig. 9.2.15], 26 inflorescences in Fig. 9.3.2, and 23 in Fig. 9.3.3.

When multiplying two by two (=4) and by two again and again we get 25 = 32 whereas 24 is only 16. Hence, it seems possible that the studied “squill families” are of five generations – and not all the offspring survive. If a squill plant reaches blooming age five to seven years after germination then the three groups here are 30-40 years old. Further observation in the future will enable better estimation of the squill families’ age. 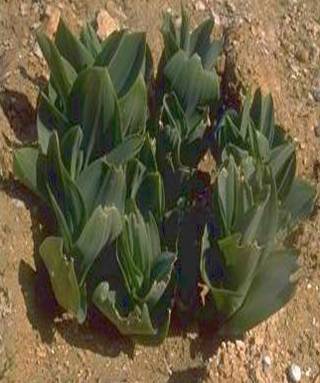 Fig. 9.3.1: The grazing of squill leaf tips by gazelles was observed by our ancestors as well. They regarded the squill leaves as delicacies for gazelles. Hence, in the story of Noah’s Ark, “squills for gazelles” are mentioned. 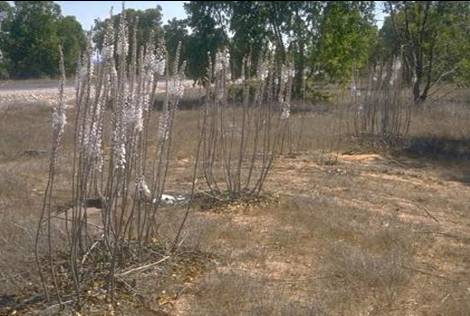 Fig. 9.3.2: Installing the boundary between two fields near Ze’elim, the western Negev. The three bulks of blooming squills represent three single bulbs planted a few dozen years ago. Following the division of bulbs, as represented above, “squill families” developed. In this dry climatic zone squills do not reproduce from seeds in sandy soils. 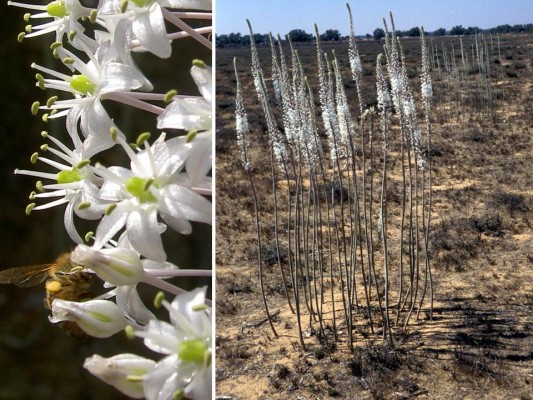 Fig. 9.3.3: A close-up view of a blooming “squill family” as part of a boundary between two fields. The white flowers attract many kinds of pollinating insects in addition to the bee seen on the lower left.