The spectacular red [“Anemone Coronaria” anemone] “carpets” of the northern Negev attract the attention of thousands of visitors during February in the last few years (Figs. 8.8.1, 8.8.2). The joy seen on the faces of most visitors of this area is rather prominent. Such carpets are seen in the last few years and many people are searching for the reason to this development. It is evident that cessation of picking flowers assisted anemone reproduction; however there is a development of millions of these plants in areas where people could not have had a significant impact. Such are areas of military training north of Lahav (Fig.8.8.3) or areas of valleys among hills planted with Lahav Forest. Some 30 years ago there were large areas of anemone carpets near Bet Shemesh, Tirosh, and Kharouvit. 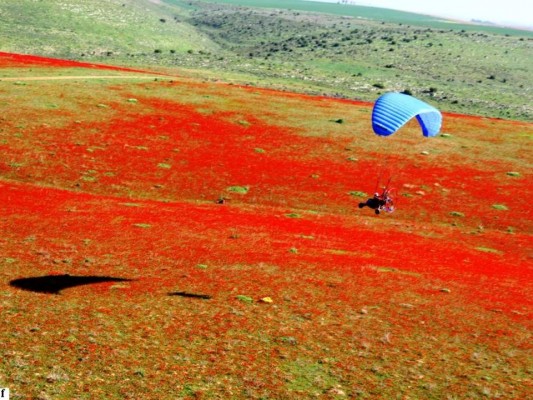 Fig. 8.8.1: Anemone coronaria fields north of Lahav. The empty circles are nests of harvesting ants. Hovered and photographed by Asaf. 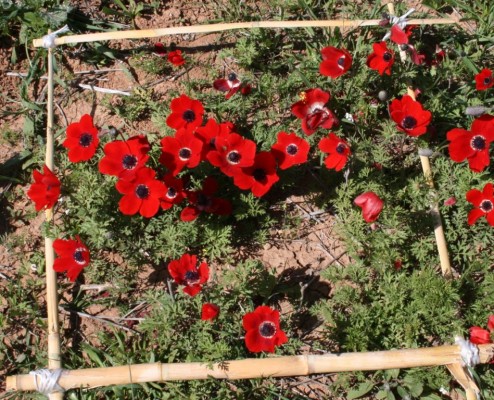 Fig. 8.8.2: A square of 50 X 50 cm where Anemone coronaria with the dissected leaves completely dominates the vegetation. 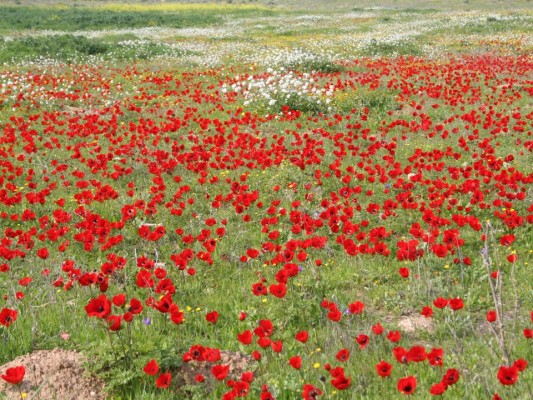 Fig. 8.8.3: A valley near Lahav at the beginning of winter 2009. In the upper part there is a circle of Diplotaxis erucoides blooming white above an ant nest. 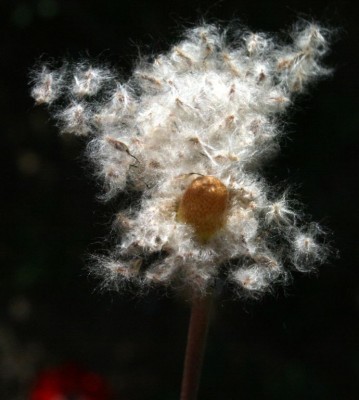 Fig. 8.8.4: A fruit of anemone crumbles into one-seeded hairy mericarps dispersed by wind.

At present there are almost perfect anemone-carpets in rainy years in areas where the slopes are covered with semi-steppe bathas (the vegetation class Ballotetea undulatae). The anemone carpets occur in areas poor in semishrubs and shrubs and support mainly herbaceous vegetation. In many places the soil reminds of loess with a well developed microbiotic crust of mainly Cyanobacteria and mosses. Most areas with non-stony soil are plowed in winter and planted with wheat or barley. The agricultures supply manure to the fields and the dark green color prevails around the red anemone carpets. The non-cultivated areas are grazed by sheep and goats and these eat mainly the grasses that compete with the anemones. I did not follow the herds’ activity but I can state that I did not see prominent signs of anemone grazing by herds.

The seeds of the anemone are wind-dispersed (Fig. 8.8.4), germinate in the loessial soils free from trees and shrubs and may reach dominance in patches (Fig. 8.8.2). The anemone carpets develop in area where the soil is poor in nutrients. This situation is prominent due to the nests of harvesting ants seen from air (Fig. 8.8.1) or in the field (Fig. 8.8.5 lower left, and Fig. 8.8.6 center.) as round green patches free of anemones. This phenomenon is similar to the eminence of ant nests in areas of herbaceous vegetation in the Mediterranean territory of Israel (parts 1-7 in chapter 8 of “Plant Stories”). The harvesting ants (Messor messor) improve the nutrient situation of the soil around the nest and thus enable the growth of plants such as [Hordeum spontaneum], [Avena sterilis], [Diplotaxis erucoides] and [Calendula arvensis].

These latter plants out compete the anemones and there is no anemone growing above the active ant nest (Fig. 8.8.7 right of the vertical line of the four anemones). Abandoned ant nests continue to support plants that differ from those among the nests and support lonely anemones here and there. The delicate equilibrium in this ecosystem may vary from year to year according to quantity of rainfall, rainfall timing, grazing and trampling. Young botanists should dedicate time to make a quantitative study of the balance in this ecosystem. I suggest future researcher(s) perform another treatment in which cultivated loess soil will be left fallow. In such places the development of herbaceous plant communities including anemones.

“Empty Ant Circles” in Anemone carpets occur not only in the semisteppe bathas of the northern Negev, but also in the fertile soil of the Esdraelon Plain. In the area near the Megido air-field there are carpets of colored anemones and in these areas there are ant-nests devoid of anemones as well ([usefulplantsh7 Fig. 8.7.9]). [Avena sterilis] dominates here in circles of rich vegetation which repel anemones from the fertile soil above the ant nests. 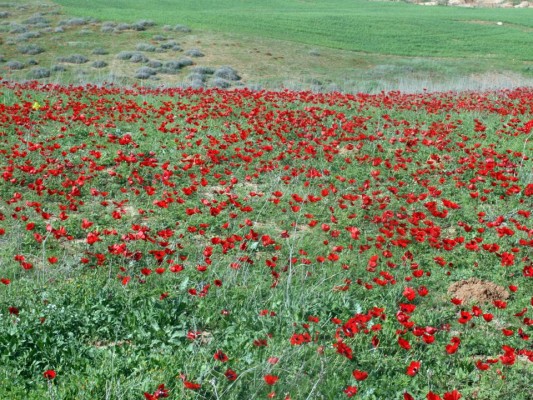 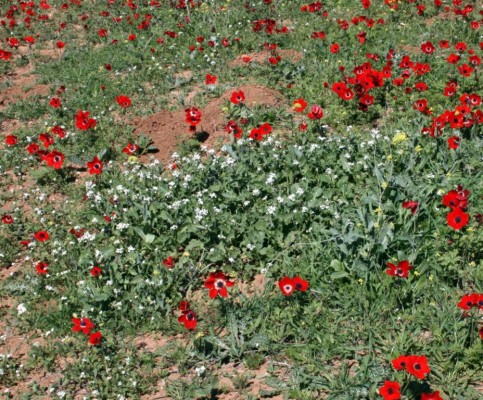 Fig. 8.8.6: An ant-nest dominated by Diplotaxis erucoides; anemones do not grow among them. 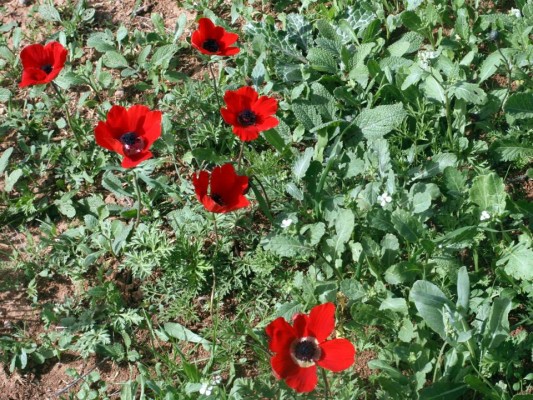 Fig. 8.8.7: The boundary of the nest vegetation and the anemone field passes along the vertical line of the four anemones.