Endolithic Lichens Point at the Origin of Terra Rossa; Indications of a Past Dry Climate

Endolithic lichens testify to the eolian origin of Terra Rossa

The dreamland of my childhood was a rocky area between the suburbs of Jerusalem – Bet HaKerem and Bayit VaGan. Days passed and the people named it Givat Bet HaKerem, but in changing it to the place known today as “Ramat Bet HaKerem” (=Bet HaKerem plateau), the builders totally destroyed the special landscape. Wild wheat and wild barley, both progenitors of the cultivars grew among the rocks. Those who have a good memory will tell you about narcissus, cyclamens, anemonies, and Sternbergia growing here. When the building contractors began celebrating their permit to build there, they destroyed the karstic caves and the rocks, with their plants. The puddle I used to visit every winter in my childhood after the first showers, to watch the fresh water crab-related organisms that looked like small and tender white fish – disappeared for ever. The large rock blocks, gray above the soil surface line and white below (Fig. 6.13.1), were removed (Fig. 6.13.2).

Looking at the rock below the recent soil-surface line revealed an interesting situation that called for an explanation (Fig. 6.13.3). In two different rocks, weathering patterns caused by endolithic lichens are prominent below the soil surface. Considering that these lichens are adapted to live under full solar radiation, these findings prove that the soil surface was lower than on the day when the rocks were uprooted. And where did the soil covering the lichens come from? Soil is usually regarded as the insoluble remains of rock. The content of insoluble clay minerals in the dolomite rocks of Veradim Formation that built up that landscape is rather low. Forming a 0.5 m deep layer of soil demands the dissolution of a layer of some 200 m of the dolomite. If such an event took place, the weathering patterns that penetrate to less than 1 mm depth would be dissolved forever. The landscape is locally flat, forming a plateau and thus soil could not move from a high place to a lower one by erosion. Hence, the source of the soil has to be searched for in the addition of air-borne (eolian) material.

There is a recurring situation in our area in winter, when a meteorological depression approaches the country from the west: from deserts situated east and south of our country, air blows towards the approaching depressions (Fig. 6.13.4) and it is rich in desert dust. This dust contains 40% calcite particles, and after the dust is deposited on the land (deserts, woodlands, and Fig. 6.13.5), the rain water dissolves the calcite and other soluble components. The depth of the dust layer may reach 0.1 mm per year. Therefore, within 10,000 years, by subtracting the 40% calcite in the dust, the necessary soil layer could be accumulated without rock dissolution. Let it be said: Terra Rossa is formed above hard limestone, under Mediterranean conditions, through dissolution of the calcite component of desert dust. 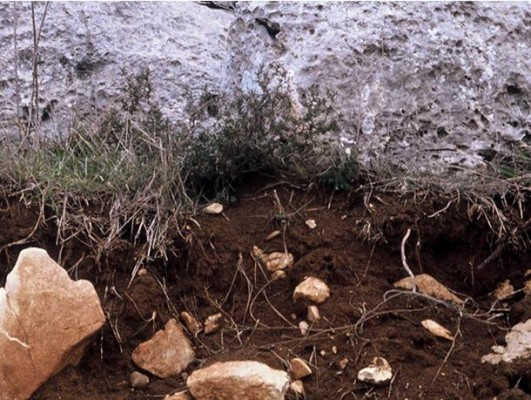 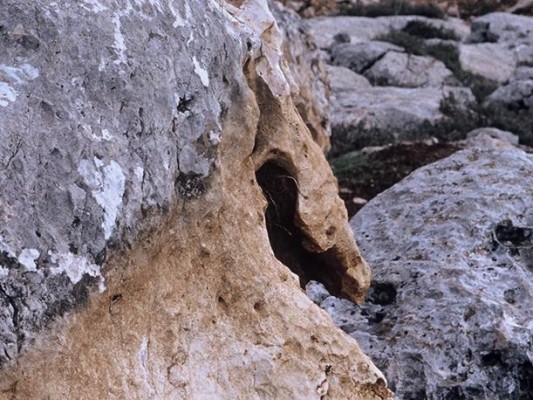 Fig. 6.13.2: A dolomite block uprooted in Jerusalem, displaying the soil surface line on the rock. 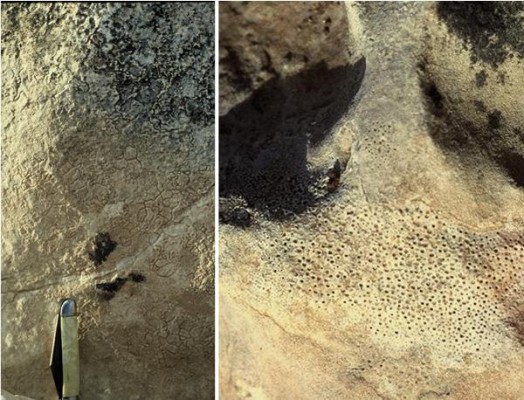 Fig. 6.13.3: Weathering patterns caused by endolithic lichens as seen below the soil surface line. These testify to air-borne dust as a parent material for the formation of Terra Rossa. 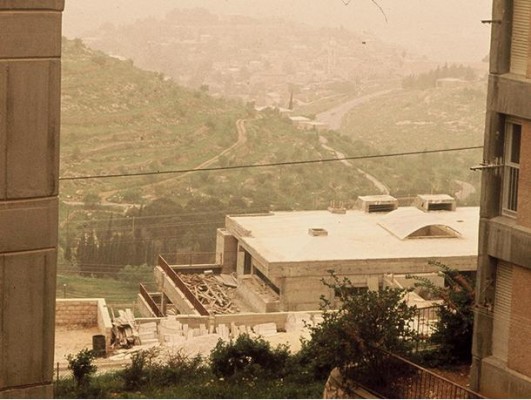 Fig. 6.13.4: During a dust storm in Jerusalem air-borne dust arrives from neighboring desert areas. This dust is deposited as a layer, at the rate of 1 mm in 10 years; it has a substantial impact on soil formation. 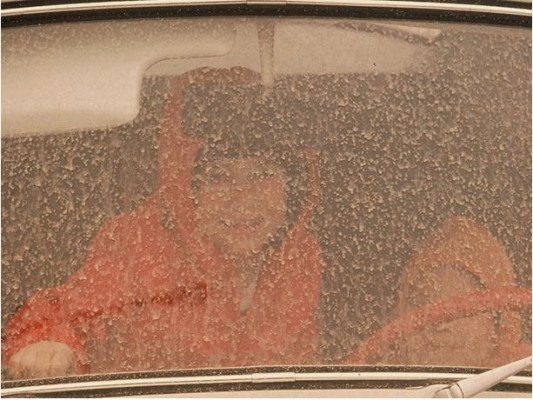 Fig. 6.13.5: Rain drops help the dust to settle onto the soil surface over the whole country.

Pits testify to a Dry Climate in the Past

Following the characterization of pits as the main weathering pattern of desert areas, one can utilize them to indicate the past dominance of such a desert climate, even in areas that are no longer desert today. When searching for weathering patterns of the past, one has to compare similar microhabitats. Hence, detached stones have to be compared to detached stones, and south-facing inclined rock surface should be compared to the same microhabitat. I can tell the readers now that I was very happy when returning home from Sdot Micha (some 30 km west of Jerusalem) after discovering remnants of desert pitting on rocks in the area which is covered by maquis at present (Figs. 6.13.6-6.13.7). Paint the depressions in Fig. 6.13.6 dark brown and the higher areas in white and you arrive at the rock landscape of the Dead Sea area of today. The single pits are circular and the channels that developed along joints are lines of pits that became connected.

The most striking difference between the “present-day-desert-pits” and the “pits-of-the-past” (“palaeo-pits”) is the sharpness of angle of transition between the pits and the plateaus among them. When we dealt with this issue earlier, we concluded that the rate of weathering inside the pits is several times higher than the weathering rate on the plateaus. The angle is therefore a right- or a sharp-angle. In order to explain the blunt angle in the “palaeo-pits” we should portray the events that led to what we see today. At the beginning there was a dry climate here and pits were formed in the rocks by cyanobacteria and cyanophilous lichens. Then there was a long period when, in a moister climate, vegetation trapped dust and protected the accumulating soil; the soil cover protected the palaeo-pits from weathering.

A decrease in annual rainfall or an increase in the rate of cutting and grazing by humans and their domestic animals during hundreds or thousands of years, caused soil erosion and exposure of the rocks. Climate change after the exposure of rocks enabled their inhabitation by endolithic and epilithic lichens. The weathering rate of the angles was higher than that of the plateaus and these angles or sharp places became blunt. A hint for future investigations of the depth of desert penetration into the Mediterranean part of the country is the nari outcrop at the mouth of Nahal Oren, Mt. Carmel (Fig. 6.13.8) displaying desert “palaeo-pits”. 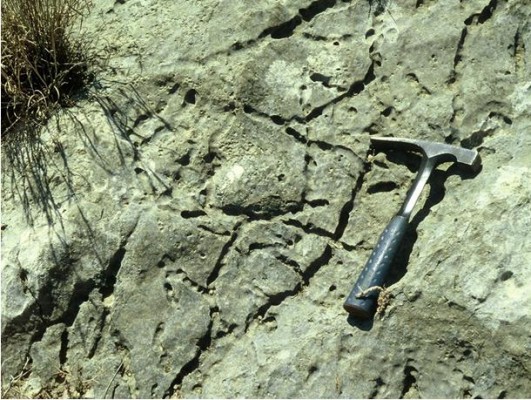 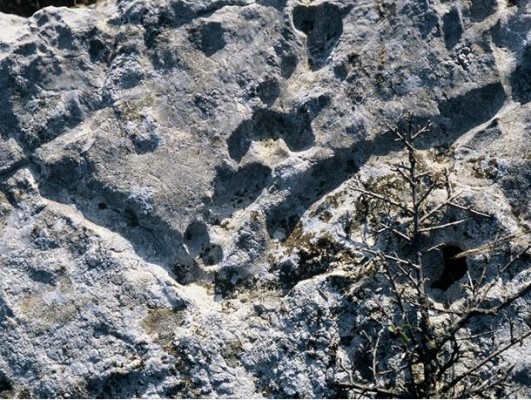 Fig. 6.13.7: Remains of desert weathering on a rock at the maquis near Sdot Micha, Judean foothills. In the lower part of the photo: a seedling of Rhamnus lycioides. 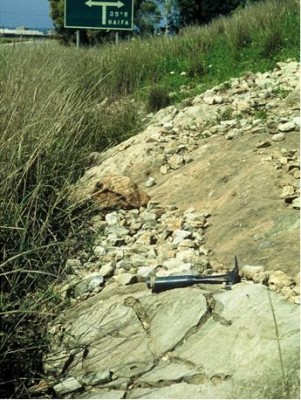