Ancient Cisterns in the Negev

Cisterns from past generations

People of former generations dug cisterns in soft rock that was relatively impermeable to water. The material they dug out was disposed of near the cistern. Hence, the piles of light colored material indicate, to those who read the landscape language, that there is a good chance of finding water here. The ancients often collected water in the cisterns by converting natural water courses (wadis) into channels, or by constructing channels along hill slopes.Even today, such constructions, if identified, may assist the wanderer in the desert in his search for precious water.

A typical cistern of this type is shown in Fig. 4.5.1. I myself first saw it on an excursion when I showed my partners the difference between the appearance of [Pistacia atalantica] trees growing in the main channel of Nahal Elot, and the tree growing on a slope of the catchment area of Nahal Elot. Even before using the field binoculars their habitats could be differentiated. The [“Pistacia atlantica” P. atalantica] trees grow in the channel of a large watercourse through which flow large quantities of flood water, whereas the tree in Figs. 4.5.1b and 4.5.2 grows accompanied by shrubs of [Artemisia sieberi] and [Noaea mucronata], which testify to a poor local moisture regime. There are habitats where [Pistacia atalantica] trees grow close to mountain tops, but this occurs on rocky slopes. When using the binoculars the pile of light-colored soil (Fig. 4.5.1a) and the pair of channels feeding the cisterns (Fig. 4.5.1c) could be seen as well.

In order to achieve good storage of water and avoid water loss by percolation, the cistern was dug in a clay-rich marl. The efficiency of the water system is clearly demonstrated by the water accumulated there at present. Some fifty years ago, I accompanied Dr. Y. Aharoni during his study of a cistern, 7 km north of Mizpe Ramon, known today as “The Officers Cistern”. Dr. Aharoni stated that the cistern belonged to an Israelite fort from ca. 3000 years ago, and wrote a note. The cistern in Fig. 4.5.1 resembles the Officers Cistern ([usefulplantsa5 Fig. 1.5.6]). Many years ago, a [Tamarix nilotica] germinated on the floor of cistern (Fig. 4.5.2), established itself and developed into a tree that withstands prolonged inundation as a result of the accumulation of water in the cistern. The tree sprouts and blooms every year in the spring time, indicating the presence of the cistern from afar. Fig. 4.5.3 shows a similar circular cistern with oblique stone protection walls. Being one of the cisterns reconstructed by the Nature Reserves Authority, the water accumulation and storage is efficient, especially in rainy years. 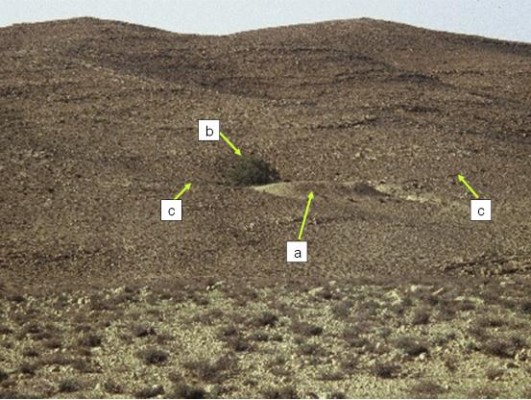 Fig. 4.5.1: An ancient cistern at the catchment area of Nahal Elot, The Negev Highlands. a. A pile of white soil that was removed when the cistern was dug in the soft, marl rock. b. A Tamararix nilotica tree: its seeds arrived here by wind and germinated in the moist soil on the cistern floor. c. A pair of channels that collect run-off water from the slope and direct it to the cistern. 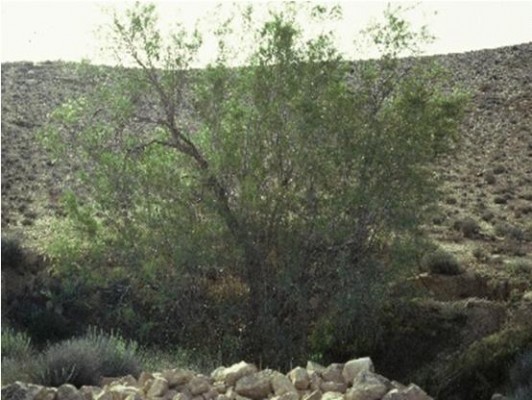 Fig. 4.5.2: The Tamararix nilotica tree that germinated in the moist soil of the cistern flourishes in spring time. 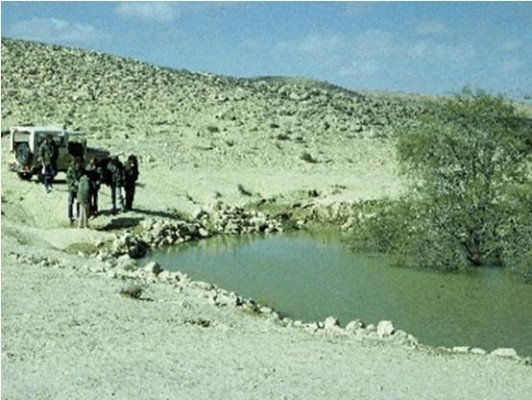 Fig. 4.5.3: One of the cisterns marked in the map as “Borot Loz” (borot in Hebrew = cisterns), west of Mt. Ramon. Dug some 3000 years ago and following some light repair work through the ages, the cistern continues to receive and hold water in rainy years.

The cistern of Mt. Nafkha (Figs. 4.5.4 and 4.5.5) is one of the largest and most amazing cisterns in the Negev Highlands. Like the circular cisterns it was dug in a layer of soft marl, recognizable from afar by its light color (Fig. 4.5.4) amidst the brown limestone layers. The ancients drained a large catchment area by using a system of channels, the accumulative length of which reaches ca. 2.5 km. Anyone driving from Avdat to Mizpe Ramon can see the prominent channel and large cistern (Fig. 4.5.5) when looking westward from the asphalt road. A short walk on the slopes of the hill enables the visitor to observe the large water-harvesting system when walking along the channel (Fig. 4.5.5a) towards the cistern (Fig. 4.5.5b). The ancients dug a channel (Fig. 4.5.6) and protected it from erosion and destruction by means of an inclined wall of 3-4 courses of stones. Although the channels are broken in several places, water still flows towards the cistern, whose size and structure is beyond belief when first seen (Fig. 4.5.7). The walls, the steps leading to the water, and the supporting column that held the ceiling, are amazing. With time, the ceiling fell down, together with the thick layer of rock above it. The people who survived this disaster cleaned the cistern and enlarged the pile of stones and soil that is visible from afar. Another prominent event that took place there is the germination of [Tamarix nilotica] on the wet floor of cistern. Some 50 years ago, when I first came to the cistern, I walked around it and found a chert tool (Fig. 4.5.8) that linked me personally to the builders of the cistern. I found the two chert components (Fig. 4.5.8 on the right) a few meters from each other. The stones fit together and one can reconstruct a working tool by attaching the left part of Fig. 4.5.8 to a handle with a [Thymelaea hirsuta] rope. The handle can be made from branches of [Pistacia atlantica] which grow in the wadis around Mt. Nafkha. There are also plenty of [Thymelaea hirsuta] shrubs in the area. 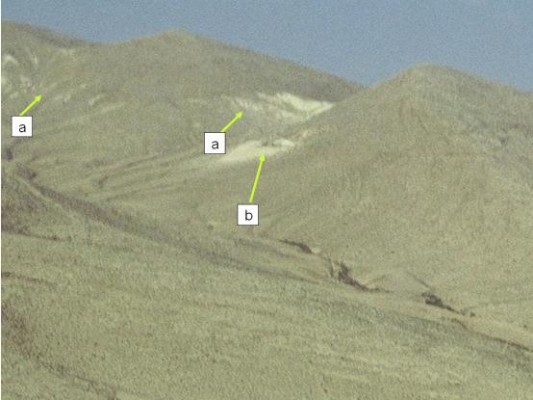 Fig. 4.5.4: Har (Mt.) Nafkha, north of Mizpe Ramon. a. Outcrops of the marl layer in which people in the distant past dug their cisterns. b. A large cistern indicated by the large pile of white soil. 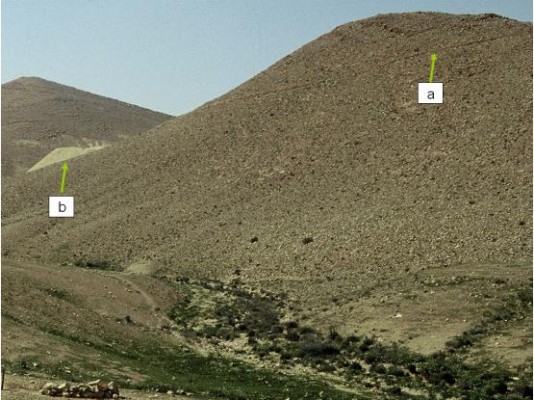 Fig. 4.5.5: Har Nafkha. a. A channel that is part of the 2.5 km long channel system constructed to collect run-off water and direct it to the cistern. b. A pile of white soil that is in fact soft rock, dug out when the cistern was made. 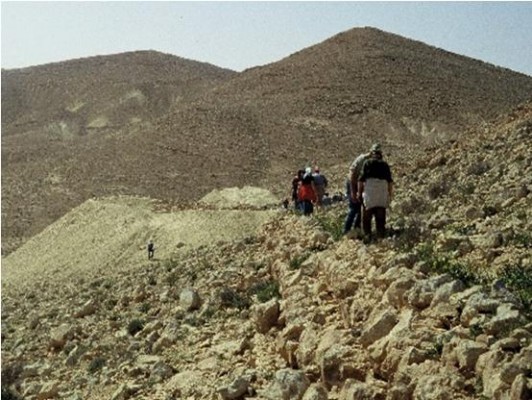 Fig. 4.5.6: Thirsty people approach the cistern, walking in the channel protected for centuries by the supporting wall. 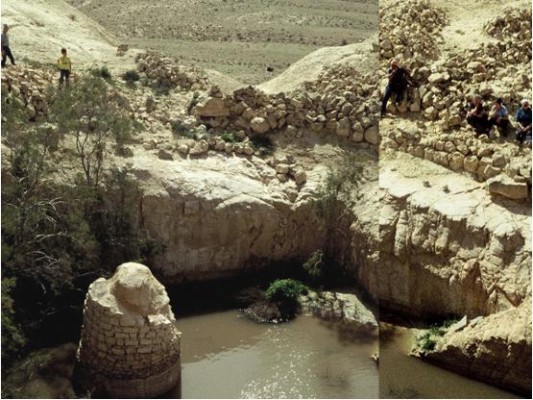 Fig. 4.5.7: The Mt. Nafkha cistern was initially subterranean, supported by a huge column, and was cleaned after the ceiling collapsed. 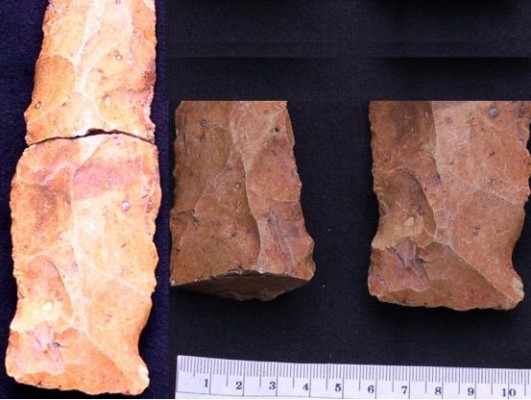 Fig. 4.5.8: Chert tool that was used for digging the cistern. It was found near the cistern, broken (the two parts on the right) and was reconstructed (left) for the photograph.

Cisterns dug in the northern Negev, in an area having a mean annual rainfall of over 200 mm, resemble cisterns of the Negev Highlands with regard to the soil-rock pile near the cistern (Figs. 4.5.9-4.5.11). It is hard to see channels in this area, and it seems that the soil pile was used as an important part of the catchment area. In the lower part of Fig. 4.5.12, the entrance to the cistern may be seen, and the loess soil covering the chalk rock. 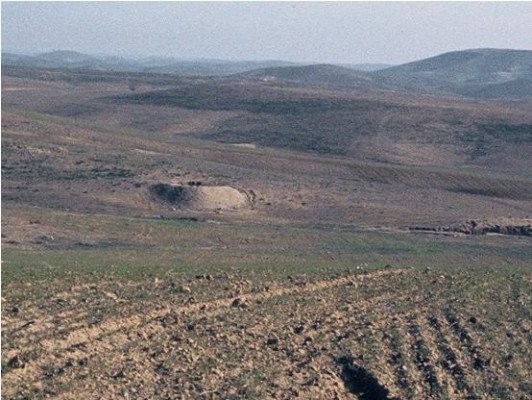 Fig. 4.5.9: A cistern that was dug in soft chalk north of Mishmar HaNegev. The extracted material assists in water “harvesting” and its prominent morphology may be seen from afar. 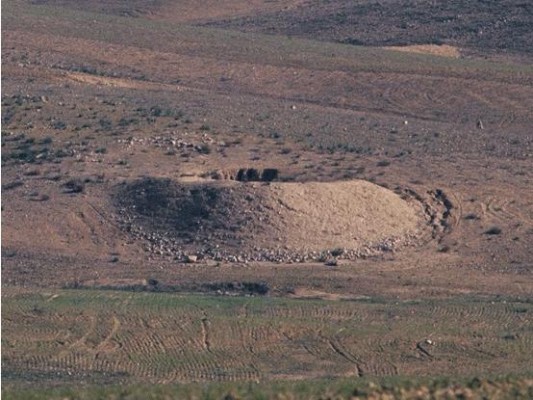 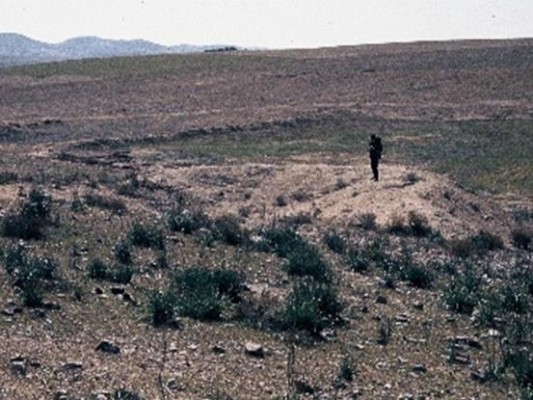 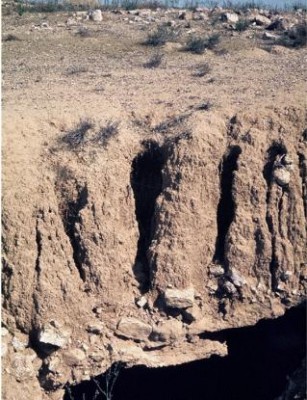 Fig. 4.5.12: The cistern was dug in a layer of chalk that is easy to dig and relatively impermeable to water. The rock is covered by a thick layer of loess.