Sennacherib, the king of Assyria calls his chief of staff Rabshakeh from his siege on Lakhish to Jerusalem to give his message to king Hezekiah. Rabshakeh speaks to king Hezekiah and the people of Jerusalem, castigating them for rebelling against Assyria and trusting Egypt, which is “the broken reed” (Isaiah 36, 6)… Rabshakeh needs no assistance from botanists. Everybody in his audience knows what a “reed” is, and what a “broken reed” is. It is hard to assume that the people of Jerusalem or of any other town in contemporary Israel would understand his metaphoric statement. Even contemporary poets (and out of respect I will not mention names) do not know how to differentiate reed (KANNEH in Hebrew) from cat-tail (SOUF in Hebrew) and use a combined name (KANNEH-SOUF which translates as “reed-cat-tail”) in poems. It seems that they do it because of the sound of the words in Hebrew or for rhyming purposes.

In the flora of Israel, there are several species, with hollow stems that look like a pipe with partitions in the internodes. The root KANNEH is mentioned in their Hebrew names. These are: [Phragmites australis], [“Phragmites frutescens” Ph. frutescens], [Arundo donax], [“Arundo mediterranea” A. mediterranea], [http://flora.huji.ac.il/browse.asp?lang=en&action=specie&specie=SACSPO Saccharum aegyptium], [“Saccharum ravennae” S. ravennae], and [“Saccharum strictum” S. strictum]. As one who uses a walking stick from time to time, please believe me that only one of the seven species may be made into a useful walking stick. This plant is [Arundo donax] (Figs. 2.1.1-2.1.3) which has thick underground stems, (rhizomes, pachyrhizomes). Of these frequently horizontal stems, thinner vertical stems branch up. They are strong and can carry considerable weight on the rhizome and on the cane (Fig. 2.1.4). In order to prepare the walking stick in Fig. 53, the grandfather of my grandchildren 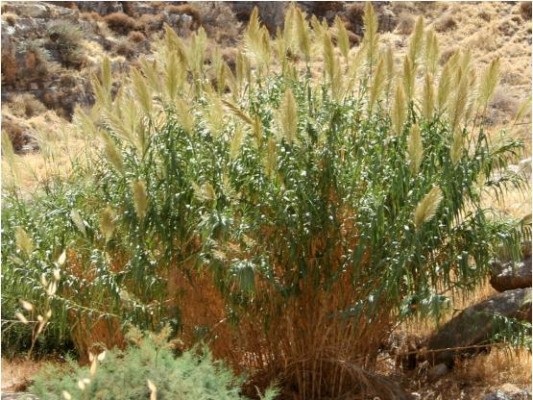 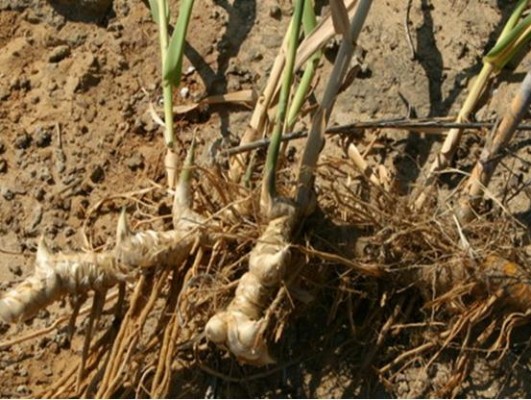 Fig. 2.1.2: A thick rhizome (pachyrhizome) of Arundo donax with well spaced vertical branches. Those of previous years, on the right hand side, become dry. Those of the next year sprout at the young left side of the rhizome.

uprooted a few vertical stems with their thick rhizome (as in Figs. 2.1.2 and 2.1.3), and removed all the leaves from the selected cane and the roots from the rhizome. This latter was done to prevent the tough roots wounding the hand when leaning on it. Another plant of the same family known as “bamboo” is famous for its physical structure and its high weight-bearing capacity. These plants do not grow spontaneously in Israel. They are used in tropical countries, mainly in Eastern Asia, to build scaffolding, houses and dozens of additional uses. Those who wish to expand their knowledge on the bamboo in Israel are invited to use [http://www.bamboocenter.net]. 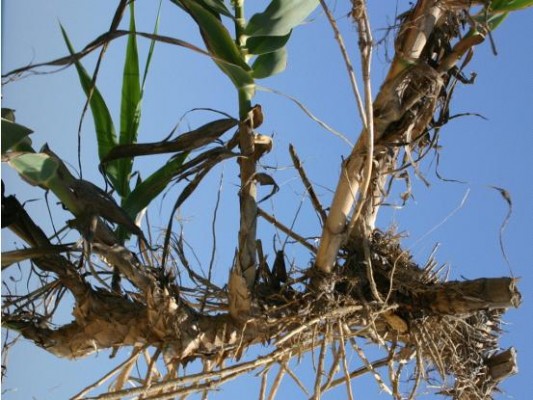 Fig. 2.1.3: A thick rhizome. A vertical branch and a handle made of the
rhizome may serve as a walking stick. 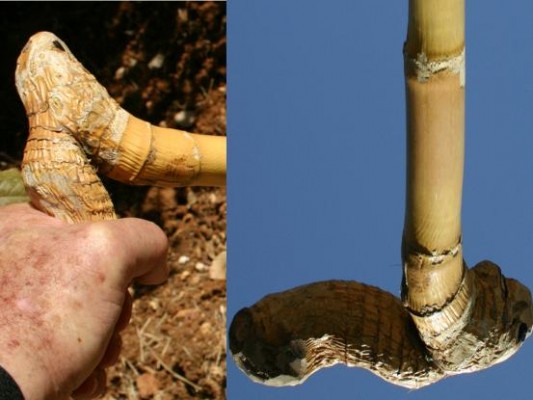 Fig. 2.1.4: The leaves and roots were removed during the preparation of a walking stick.

We mentioned above seven species with hollow stems: [Phragmites australis], [“Phragmites frutescens” Ph. frutescens], [Arundo donax], [“Arundo mediterranea” A. mediterranea], [Saccharum aegyptium], [“Saccharum ravennae” S. ravennae], and [“Saccharum strictum” S. strictum]. As mentioned in the same issue, the only species suitable for making a useful walking stick is [Arundo donax]. Although the botanical structure of the other six Israeli species is similar, their cane is not as tough and their thin rhizome does not fit the hand as in Arundo donax. And what about the “broken” in Rabshakeh’s speech?

The entire, round cane may serve only limited functions in house construction; however, the plant is known to supply raw material for the preparation of baskets and mattresses. The man seen in Fig. 2.2.1 sits on the ground near Ein Feidan, north-east of Nablus and prepares a basket from longitudinal strips of A. donax. He prepared them from the fresh stems seen on his left, by stepping on them, thus crushing (“breaking”) them (Fig. 2.2.2). Soon after crushing the strips are still easy to twist and thus the basket-maker twists them in his experienced hands and the basket is ready (Fig. 2.2.3). The mattress in Figs. 2.2.4-2.2.6 was prepared some 5000 years ago from reeds in Jericho. At the mattress edge is a rope made by the ancients from stems of Sorghum halepense (Shimony 1998). [flowertalk2 The mattress was discovered in the “Warrior Cave ” near Jericho] (Schick 1998). 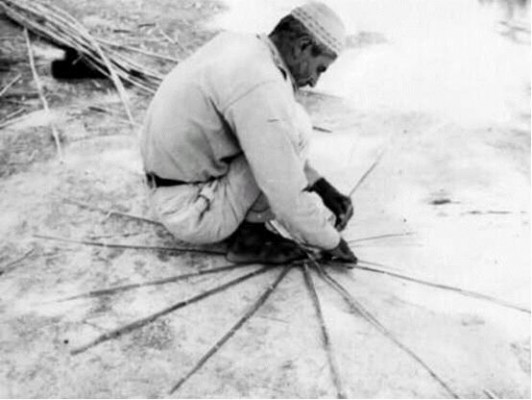 Fig. 2.2.1: An expert prepares a basket from moist and thus easy-to-fold strips of A. donax canes. On his left, a small pile of canes derived from the A. donax plants growing abundantly, irrigated by the spring water of Ein Feidan, NE of Nablus. 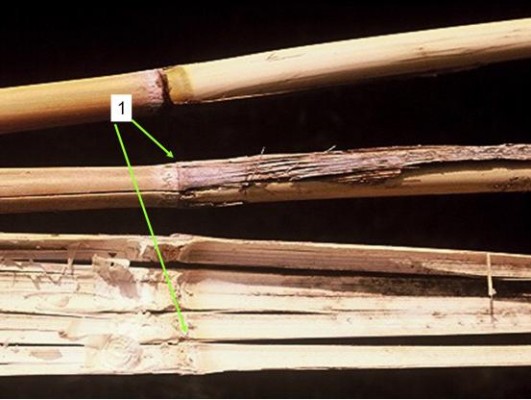 Fig. 2.2.2: A complete reed and a “broken” reed. Number 1 displays the location of the hard partition tissue at the internode. 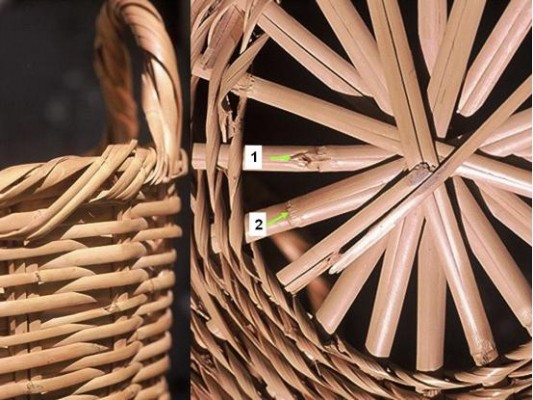 Fig. 2.2.3: Baskets made from Arundo donax strips. 1 = an axillar bud, 2= an internode projecting a little above the stem surface. 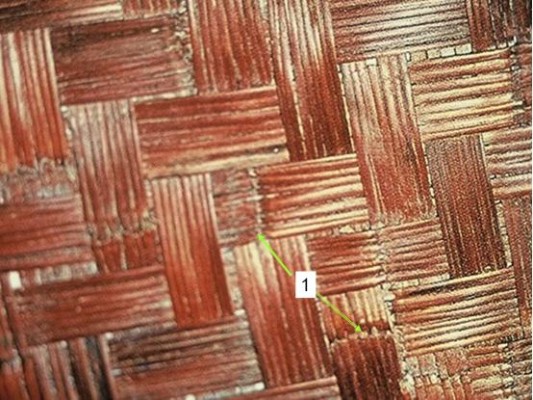 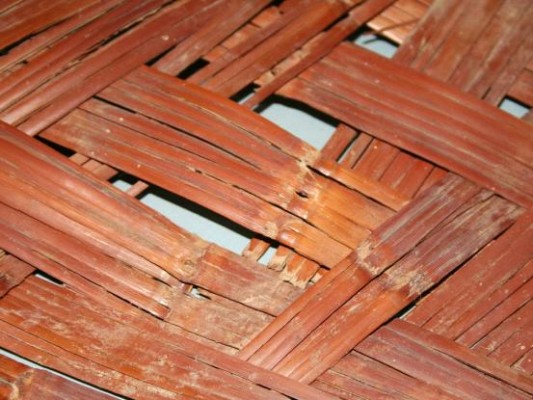 Fig. 2.2.5: Edge of the reed mattress with prominent parts of the broken reeds from which it is constructed. 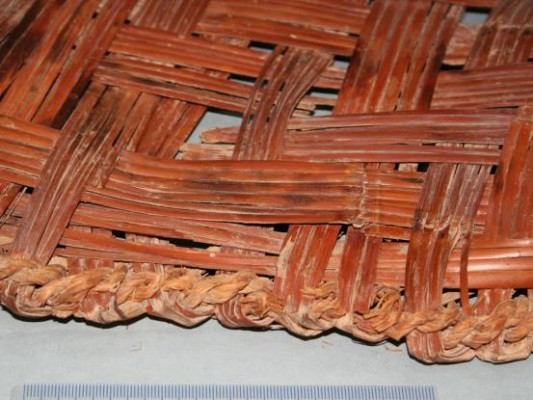 Fig. 2.2.6: Edge of the reed mattress where strips of the broken reed encircled the Sorghum halepense rope.

The crushing of cylindrical, pipe-like stems of tall grasses is not a uniquely Mediterranean practice, and there is an interesting parallel in the way bamboo is prepared. When visiting the rain-forest area in Nicaragua 1977, I followed the process of house building by Juan Ovando in the Costa Atlantica area for two days. He constructed the basic frame of his house from dry branches of the forest trees. He prepared the roof from various palm leaves. The leaves closest to the frame were tied by knots of the leaf parts (Figs. 2.2.7-2.2.9). Juan made the walls from broken bamboo. He cut the thick, long, hollow bamboo stems in the vicinity, where they grow along the tributaries there, and transported them by floating them on the water (Figs. 2.2.10-2.2.11). He then made longitudinal cracks and broke the partitions in the internodes with an axe (Figs. 2.2.12-2.2.13). The long flat components of the walls were thus attached to the frame in the right places with nails. I was deeply impressed by the bamboo field in the experimental station (Fig. 2.2.14) and thought about the use of bamboo in Eastern Asia. 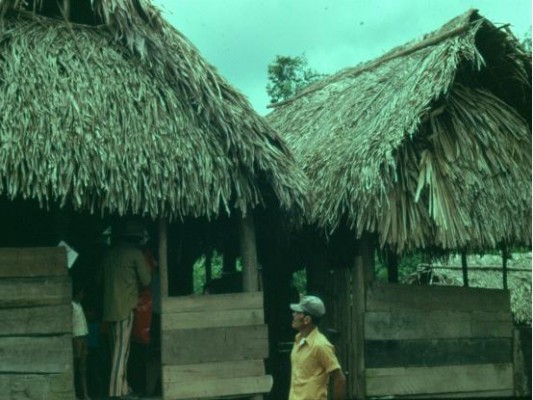 Fig. 2.2.7: A “green” house in the rain-forest of Nicaragua where the roof is made from leaves of various palm species. 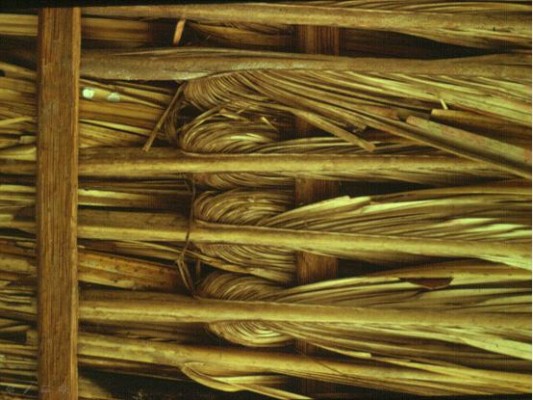 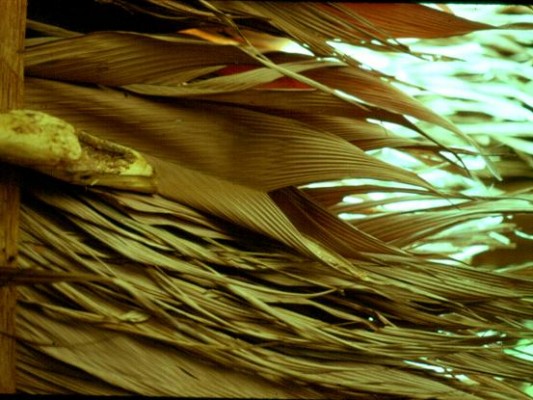 Fig. 2.2.9: A part of the roof using a palm with leaves that resemble a banana leaf with a split top. 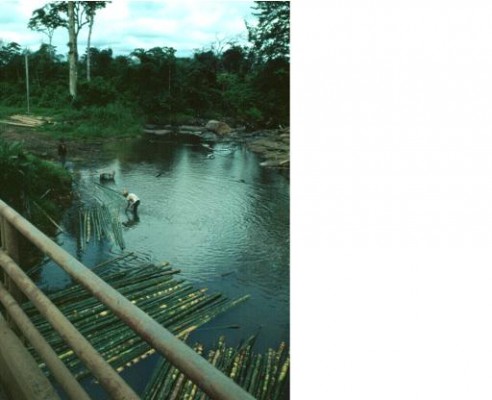 Fig. 2.2.10: Stems-canes of bamboo transported by river in Nicaragua. 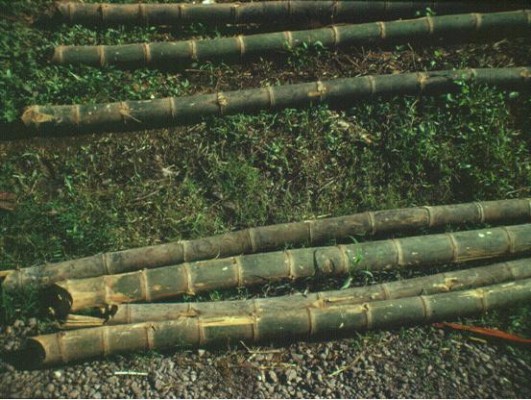 Fig. 2.2.11: Stems-canes of bamboo drying near the new house where they will be used. 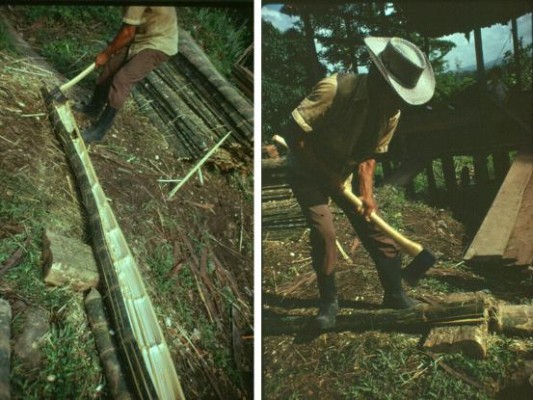 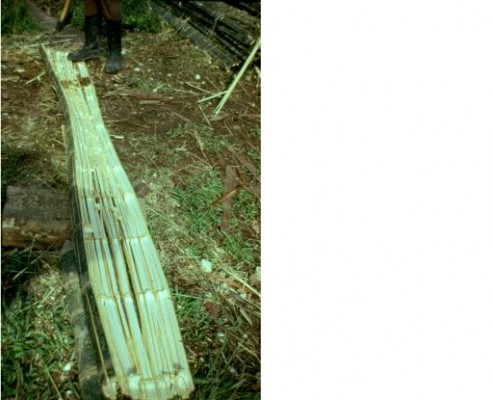 Fig. 2.2.13: A long, wide strip prepared for the “green” home which, apart from iron nails, is made entirely from natural components. 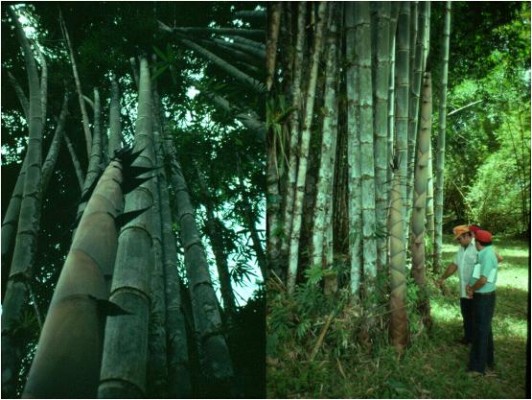 Fig. 2.2.14: Bamboo plants in an experimental station. Their relatives are widely used in constructions and buildings in Eastern Asia.