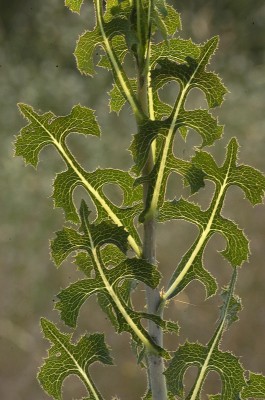 The Tabor oak is often accompanied by Styrax officinalis, sometimes by Pistacia atlantica, and always by plenty of herbaceous plants (Fig. 1.3.27). Considerable areas supporting oak park-forest (- a technical term for open woodland) are used for grazing cows (Fig. 1.3.28). The few semi-shrubs found in this community, when developed on chalky ground, are mainly Majorana syriaca (but not Sarcopoterium spinosum). This type of forest, which once dominated the Sharon Plain, is now limited there to single, sporadic Tabor oak trees, and one reserve between Haifa and Tel Aviv. Large woodlands of the Tabor oak are found in the Lower Galilee and in the Golan, below 500 m. (Fig. 1.3.30). The Tabor oak woodlands in northwest Jordan (Fig. 1.3.31) are well preserved, covering considerable areas of rocky terrain west of Irbid, at the western escarpments of the Jordanian plateau, from sea level to 500 m. above sea level. 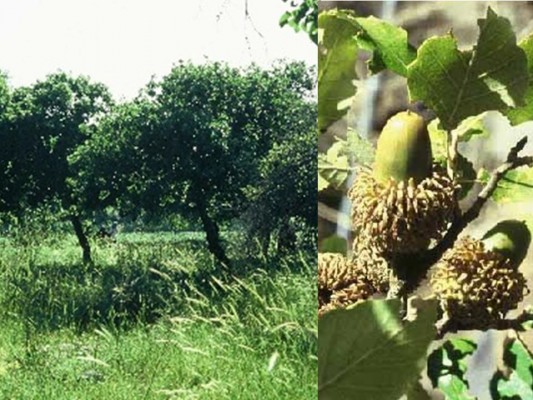 Fig. 1.3.27: A park wood of Quercus ithaburensis accompanied by plenty of herbaceous plants. 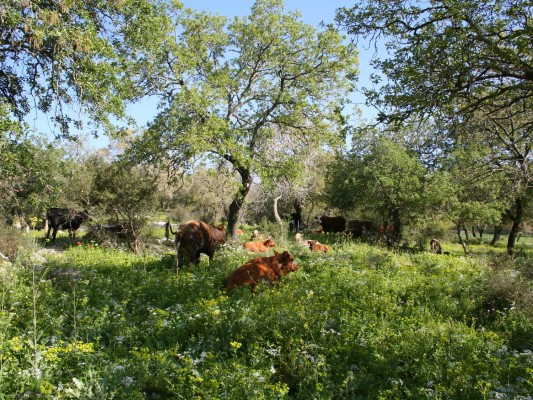 Fig. 1.3.28: The high quantity of herbaceous plants makes it suitable for cattle feeding. 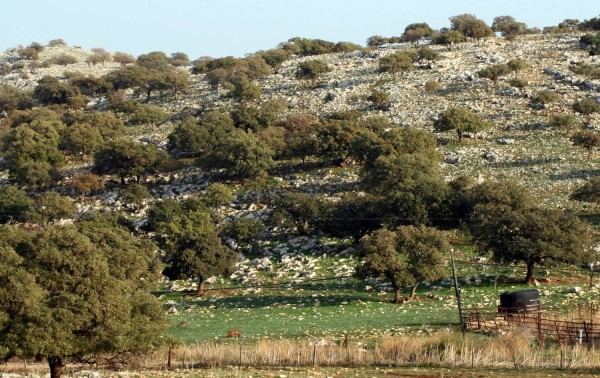 Fig. 1.3.29: A park wood of Quercus ithaburensis near Kahal. The annuals have been grazed by cattle. 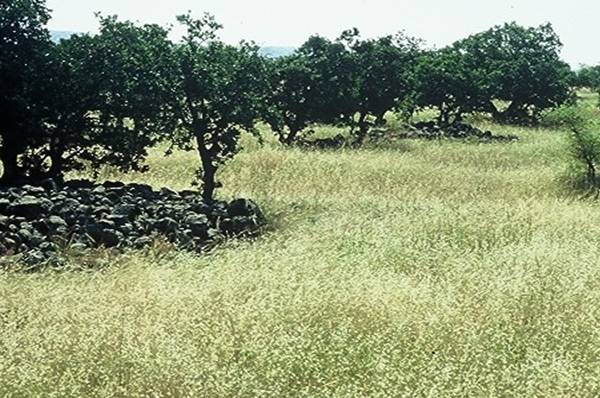 Fig. 1.3.30: A park wood of Quercus ithaburensis with annual herbaceous plants in the Golan. The trees are confined to stone pile which were laid some 4000 years ago. 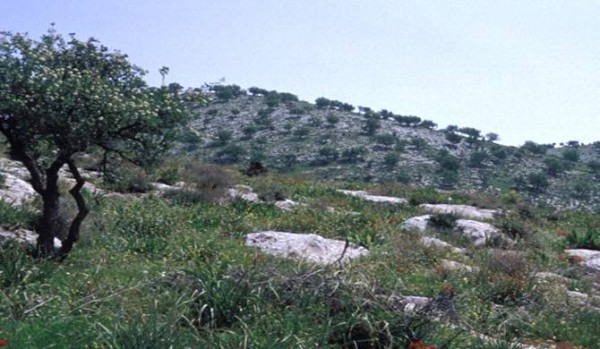 Fig. 1.3.31: A park wood of Quercus ithaburensis at the slopes of the Jordanian Plateau west of Irbid.

This type of vegetation grows in Terra Rossa soils at the lower elevations of the main mountain ranges, below 300 m. on both sides of the central mountain range; on Rendzina soils at the foothills of the Judean Mountains; and in light soils of the Sharon Plain (the littoral aspect). At higher elevations, such park-forests develop on south-facing slopes which get efficient solar radiation, which makes them drier and warmer than other slopes (Figs. 1.3.32-1.3.36). Generally, this community is more drought- and heat-resistant than the communities dominated by Quercus calliprinos, and it has a similar position in the aridity sequence of communities as those dominated by the Tabor oak. One of this tree’s important companions in rocky sites at Mt. Carmel and the Galilee is the wild olive (Olea europaea var. sylvestris), which resembles the cultivated one but has much smaller fruits, which are dispersed by small birds. In Jordan this category barely exists. However, scattered carob trees occur in the open woodlands of Quercus ithaburensis in the Gilead, mainly in the transition zone from the belt dominated by the Tabor oak to that characterized by Quercus calliprinos, at an elevation of 500-600 m. The main companion of the carob in the southern Judean foothills is Rhamnus lycioides subsp. graecus (Fig. 1.3.37), which totally replaces all the other arboreal components in dry habitats. 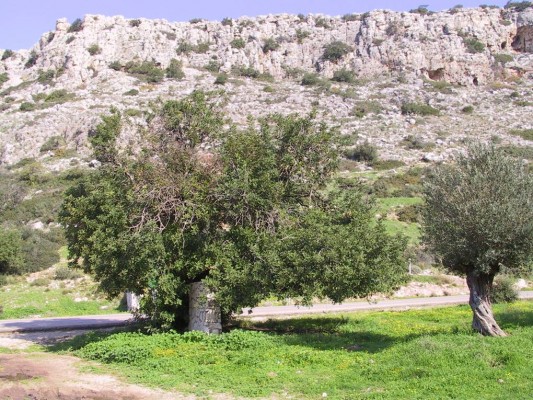 Fig. 1.3.32: A view from Nahal Oren, Mt. Carmel, towards its south-facing slope. The valley is rich in soil and in annual plants` at the lower part of the slope, among the rocks there is less soil and a lower quantity of annual plants at the upper part the carob trees grow on cliffs and accompanied by dwarf shrubs and perennial grasses confined to rocks. 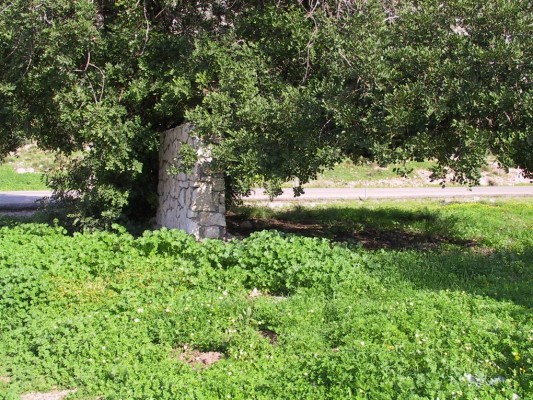 Fig. 1.3.33: Cattle grazing in the valley rest at the shade of large carob trees, enrich the soil and enable the growth of ruderal plants such as Malva parviflora. 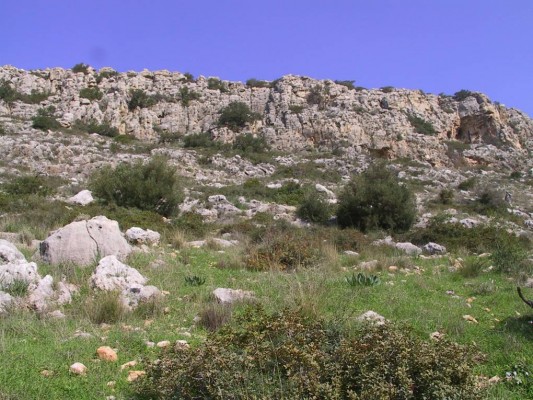 Fig. 1.3.34: Transition between the slope base, where soil supports a high quantity of annuals, through a rocky slope rich in perennial grasses from Sudanian origin, and to the cliffs. 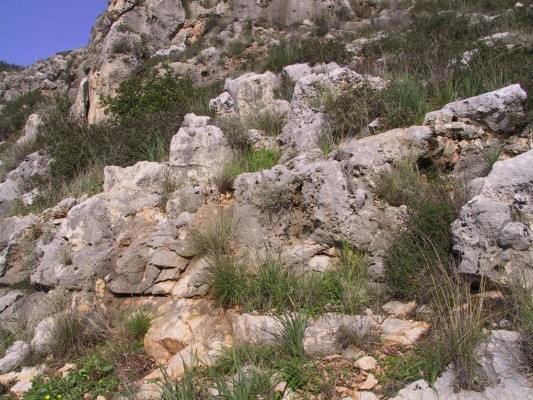 Fig. 1.3.35: A view from the rocky slope supporting a carob shrub (on the left) and an olive (on the right) accompanied by perennial grasses. 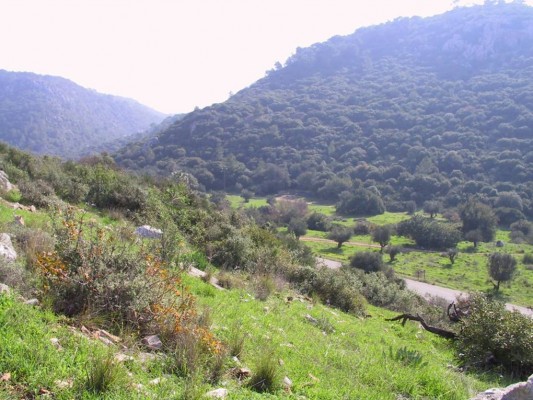 Fig. 1.3.36: A view from the slope base towards the south, via the asphalt road, the green old river terrace, and the north-facing slope which is covered by a dense maquis of Quercus calliprinos. 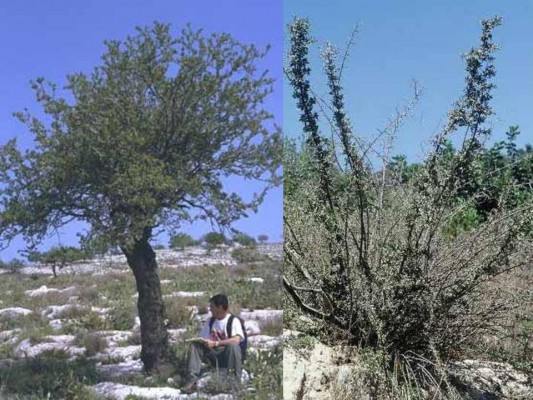 Fig. 1.3.37: On the left, a tree which survived cutting and grazing on the slopes of Gilad, Jordan; on the right, a shrub re-sprouting after fire.