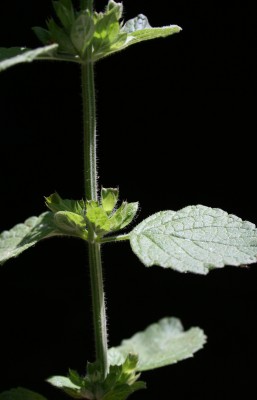 Most of the area in this category is covered by steppes where the dominants are Artemisia sieberi, Noaea mucronata, and Gymnocarpos decander. Subunit 3.11a, in the Negev Highlands and E. Sinai, differs from shrub-steppes (3.10) by the presence of some 1,400 adult trees, mostly Pistacia atlantica (Fig. 1.3.86), with some Amygdalus ramonensis and Rhamnus disperma as well (Danin & Orshan, 1970; Danin, 1983). These trees are found in proximity to outcrops of smooth-faced rocks. The high amounts of runoff water supplied from the rock outcrops to their crevices make successful germination and establishment of seedlings possible even outside of wadis. In places with sufficiently large soil pockets in outcrops of limestone, the seedlings may develop into trees; we have some exemplars that are several hundred years old (Fig. 1.3.87). Wadis with outcrops like these in their catchment area support large trees (Fig. 1.3.86). Rare relics, such as the vines of the Mediterranean maquis Prasium majus and Ephedra foeminea, and endemic plants, such as Origanum ramonense and Ferula negevensis, occur in these rocks, too. 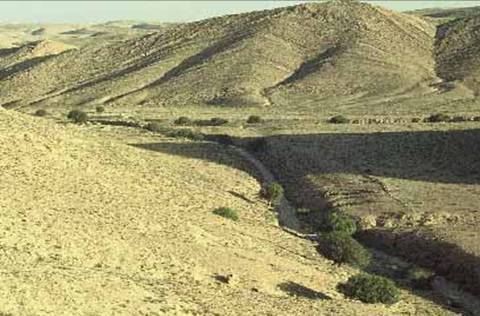 Fig. 1.3.86: A steppe-forest at a tributary of Nahal Loz, the Negev Highlands, with Pistacia atlantica trees and Artemisia sieberi shrubs. 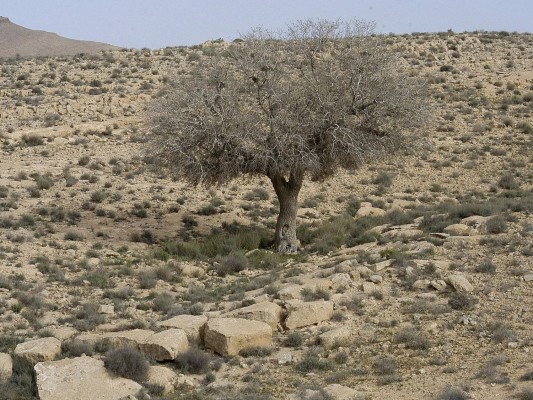 Fig. 1.3.87: Pistacia atlantica at a tributary head on a rocky slope at upper Nahal Nitzzana, the Negev Highlands.

The tree of subunit 3.11b is Juniperus phoenicea, which grows on three anticlinal ridges in northern Sinai. The ridge richest in trees and accompanying rare plants is Gebel Halal (Danin, 1969). Junipers occur here in crevices of smooth-faced limestone outcrops and in wadis (Figs. 1.3.88, 1.3.89). Their companions are rare Mediterranean relics, such as these species growing in the rock crevices: Ephedra foeminea, Rubia tenuifolia, and Astomaea seselifolium. A rare endemic component of the rock vegetation is Origanum isthmicum; its whole world distribution area is just one part of Gebel Halal. The closest relative of this species, Origanum jordanicum, was discovered recently in Jordan, near Petra (Danin & Kuenne, 1995). The populations of Juniperus phoenicea of nearby Gebel Maghara and G. Yiallaq grow mainly in wadis. 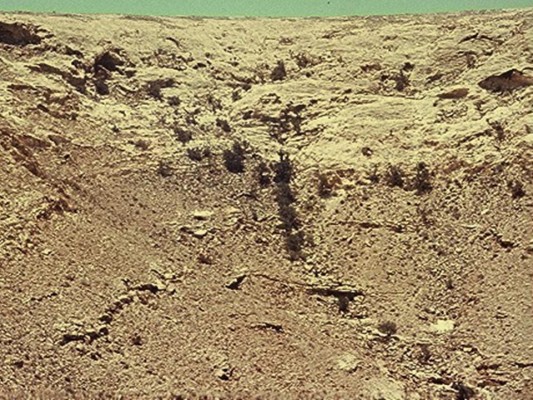 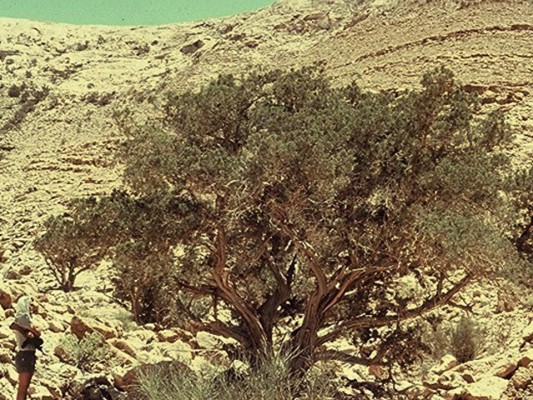