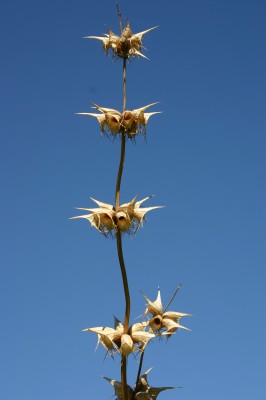 When Atriplex micrantha invaded Israel we were not ready for the event. It is an annual with large triangular leaves that can reach a height of 1-2 m when growing in suitable places. I first discovered it near the cowshed of Kibbutz Yif’at in summer 1989. Having no fruits I could only be impressed by the new plant and await the opportunity of finding fruits. I pressed specimens from my collections there and from near Lake Baruch in the Esdraelon Plain. In 2008 the Atriplex expert Dr. Alexander Sukhorukov (Moscow) started his visits to Israel. He knows the annual species of Atriplex very well as they were the subject of his doctorate. He checked and compared the Atriplex from Yif’at with material from Europe and determined the plant as Atriplex micrantha. It was surprising to read in his articles that he regards it as having the property of a “compass plant.”

We are used to seeing the compass plants phenomenon on the main stems of Lactuca serriola and its relatives. The position of the leaf base on the stem is in all directions. However, due to a minute bend of the leaf lamina, all the leaves have vertical lamina and their tips are directed northwards or southwards. Hence in the morning and afternoon hours, when the sun is close to the skyline, the lamina receives maximal radiation in the cool hours. During midday the leaves evade efficient radiation in warm hours by displaying the leaf margin to the sun whereas the lamina is parallel to the sun’s rays (Fig. 20.1.6). This phenomenon was found in Capparis ramonensis, which was discovered as new to science and published in 2011. So far, I have found it in the Esdraelon Plain and, to my surprise, in the moist soil near a spring above Kalaat Namrud and the oak grove near the grave of Sheikh Othman. There is no doubt that the plant grows in additional places. However, having the “identity card” of an invasive plant, many nature lovers may not like it.

Atriplex davisii belongs to the same group of annual compass plants. It is named after Dr. Peter Davis, the editor of the Flora of Turkey. I spent a whole year in his laboratory in Edinburgh during my post-doctorate, editing two genera under his supervision. This plant was erroneously named in the analytical floras and in Flora Palaestina, as Atriplex prostrata. According to the observations of A. Sukhorukov there is no herbarium specimen of the real A. prostrata from Israel.

One specimen in the herbarium of the Hebrew University agrees with Atriplex patula var. palaestina. The leaves of A. davisii are triangular to rhombic (Figs. 20.1.7, 20.1.8) and there are insects that like eating it (Fig. 20.1.9). The ripe fruit tends to be an incomplete rhombus or circle; it is not carrying appendages. Many specimens were found in wadi banks and along sewage channels in Nahal Sorek between Bet Zayit and Motsa. A ditch among the Tamarix aphylla trees of Re’em Junction (Masmiya) supported A. davisii plants for several years. Following better drainage of the area the ditch became dry and the Atriplex disappeared. 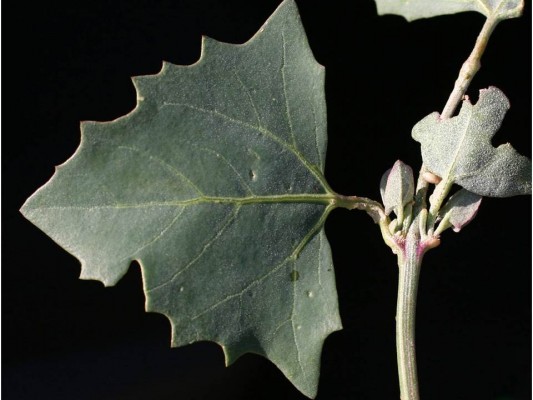 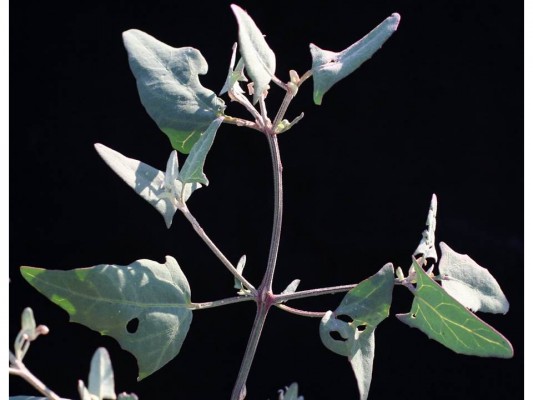 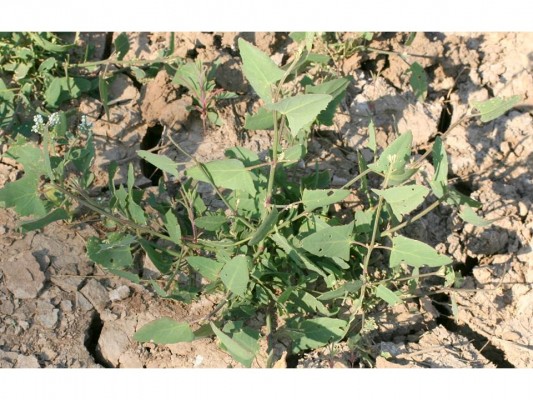 Fig. 20.1.8: Atriplex davisii, a prostrata plant on the floor of Bet Zayit Water Reservoir in summer. 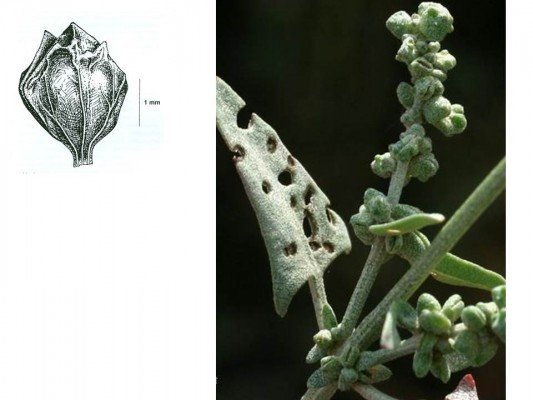 Fig. 20.1.9: Atriplex davisii. On the right, leaves consumed by insects with plenty of axillar fruits; on the left, fruit enclosed between two bracts, partly free. (Drawn by an expert artist in a Russian research institute in Moscow.)

Section Spongiocarpus in the genus Atriplex comprises six species considered endemic to Australia. One of them was named in Zohary’s (1976) Analytical Flora with the scientific names Atriplex spongiosa. The fourth volume of “Flora of Australia” was published in 1984. In that flora it became clear that F. Mueller described two similar species in 1858 and 1859: Atriplex spongiosa with globular fruits (not yet found in Israel) and Atriplex holocarpa, with spongy fruits resembling an upside down water drop (the sharp tip is at the fruit base, Fig. 20.1.10). Possibly it was introduced into Israel as an ornamental plant and escaped from cultivation. It is a common component of disturbed habitats in dry parts of the country (Fig. 20.1.11, 20.1.12).

Visiting the Northern Negev to study and photograph plants of the Chenopodiaceae, I saw a spongy saltbush near Omer (20.1.13). When shooting a close up I saw that its fruit is different from what I normally see in our country (20.1.14). Verifying its identity with the Flora of Australia led me to conclude that it is Atriplex lindleyi. Several studies concerning the flora of Australia emphasize the presence of a pair of small projections, 1 mm long, at the center of the flat area at the fruit tip. The distribution map of the plant in the Euro+Med Plantbase indicates that it has already invaded Egypt and several North African countries. 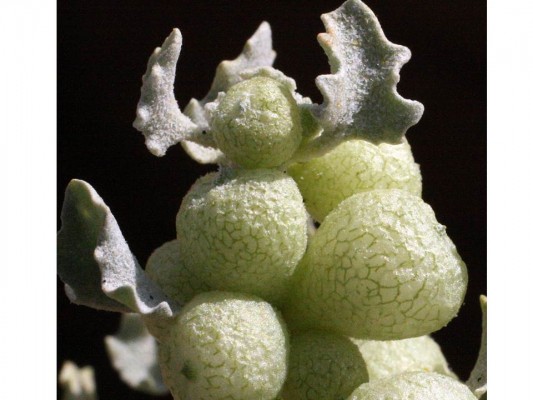 Fig. 20.1.10: Atriplex holocarpa. The two spongy bracts subtending the fruit are united and the diaspore looks like an upside down drop. 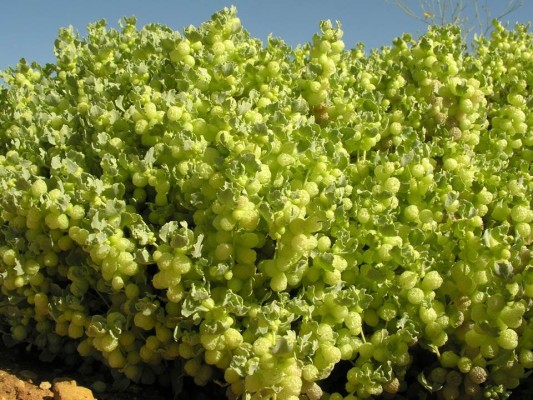 Fig. 20.1.11: Atriplex holocarpa ready to disperse the seeds by wind or by floods. 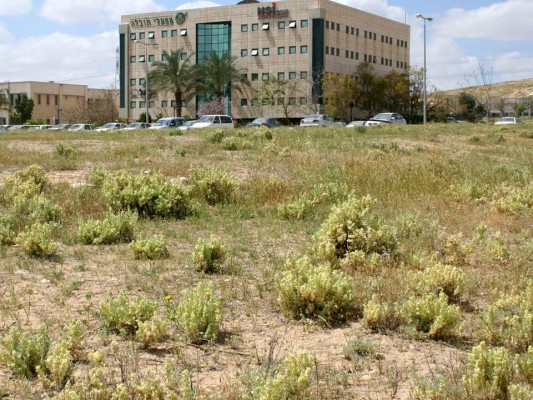 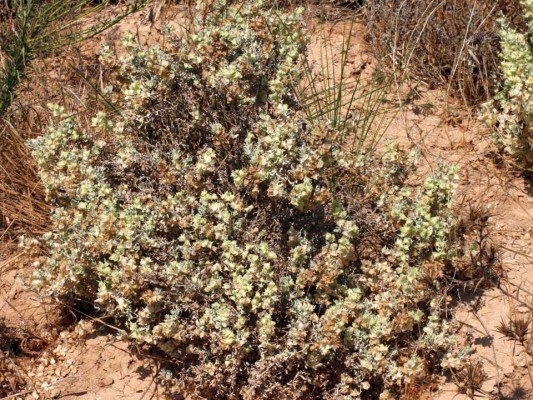 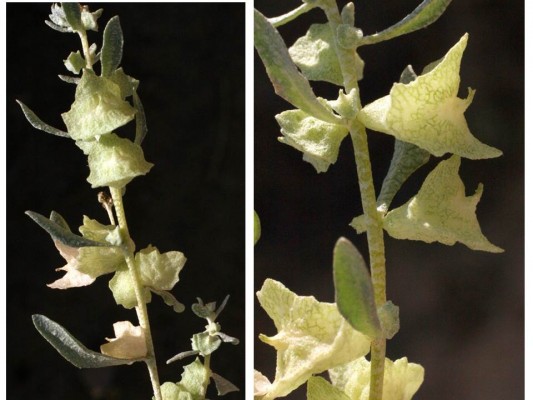 Fig. 20.1.14: Atriplex lindleyi, a member of the endemic Australian saltbushes with spongy diaspores. Here too the pair of spongy bracts subtending the fruit are united; their tip is free as in the upper fruit of the branch on the right.

And the Scent of the Saltbush on the Water