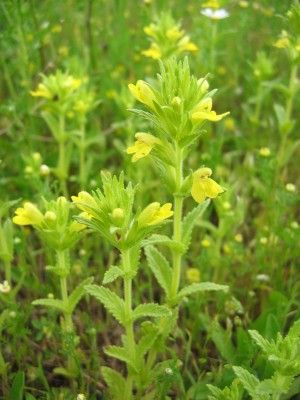 Some 20 years ago, the foothills of the Samarian Desert, between the memorial to fallen soldiers in the Jordan Valley and the settlement Yaffit were dotted with nests of harvesting ants. When climbing one of the hills near the main highway of the Rift Valley, we discovered that one of the most common and prominent plants is Echium judaeum (Figs. 8.7.1-8.7.3). Additional study of the Echium nutlets shows that they have no elaiosome (Fig. 8.7.4 right). The fruit of plants from the Boraginaceae is mostly a nutlet with a very hard coat; many species have an oily body at their base. Unlike the other species mentioned here, E. judaeum is not a ruderal plant. It seems reasonable to assume that the Echium nutlets tempt the ants by their scent, but because of difficulty breaking the hard nutlet coat, they transfer the mericarps, each with one seed, to the threshing zone where they germinate and develop well (Figs. 8.7.2-8.7.3). 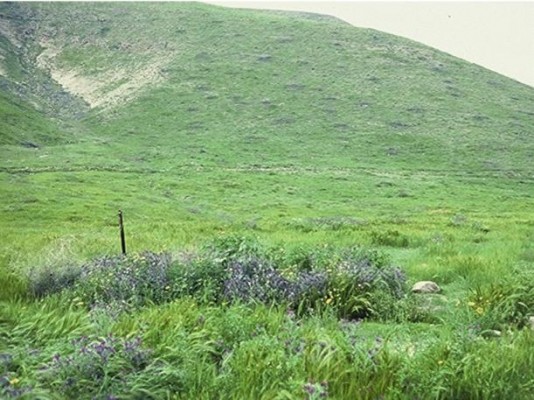 Fig. 8.7.1: Slopes near Yaffit with dark spots of vegetation where Echium judaeum is dominant. 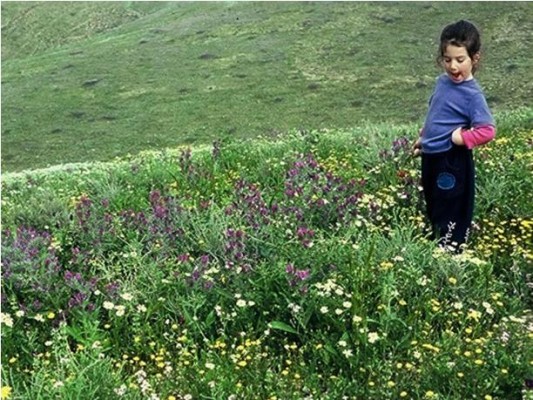 Fig. 8.7.2: A patch of E. judaeum growing above a nest of harvesting ants. 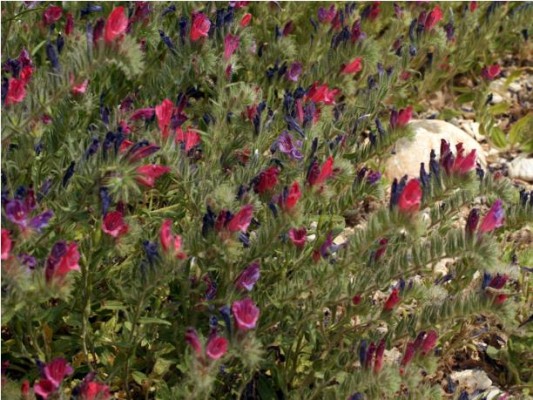 Fig. 8.7.3: The color of the corolla of E. judaeum changes throughout the day. 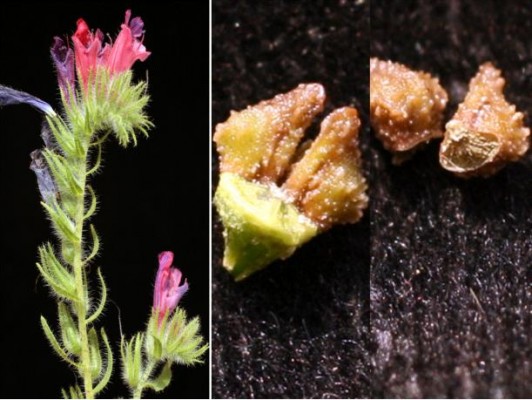 Fig. 8.7.4: The four ripe mericarps look like small stones. It seems that ants collect the mericarps and bring them to the nest, but due to their hard cover, the ants are unable to extract their seeds. This species does not have an oily-body, as seen on the far right mericarp, and the worker ants dispose of them to the threshing zone.

We started on our way following in the ants’ paths with cultivated annual grasses domesticated by humans from the reservoir of wild plants of the East Mediterranean area during the last 10,000 years. These were patches of wheat and barley well developed near nests of harvesting ants in fields of the northern Negev. The wild plants which were domesticated are Hordeum spontaneum – the progenitor of the cultivated barley, and Triticum dicoccoides – the progenitor of the wheat. The latter is known in Hebrew as “The Wheat Mother”. The response of Hordeum spontaneum, Triticum dicoccoides, and other annual grasses to ant activity is clearly prominent in Figs. 8.7.5-8.7.10. Ant nests crowned with wild barley (Figs. 8.7.7/1 and 8.7.8) become prominent when the wind moves the spikes which are almost horizontal. Avena sterilis (Fig. 8.7.7/2) is prominent near ant nests as compared to the non-blooming specimens surrounding it. The plants of Avena sterilis that developed at the colored Anemone coronaria reserve in Esdraelon Plain are prominent and function as an interesting point for evaluating the function of the nest in the landscape. The deep clayey soil of that area is regarded as fertile, but the large and dark green A. sterilis plants developing there (Fig. 8.7.9), prove that there is a nutrition limitation in that area. It is possible that the nest ameliorates the aeration of the clayey soil. The rhizosphere, which contains much water during the winter, may have oxygen deficiency that acts as a limiting factor to plant development. 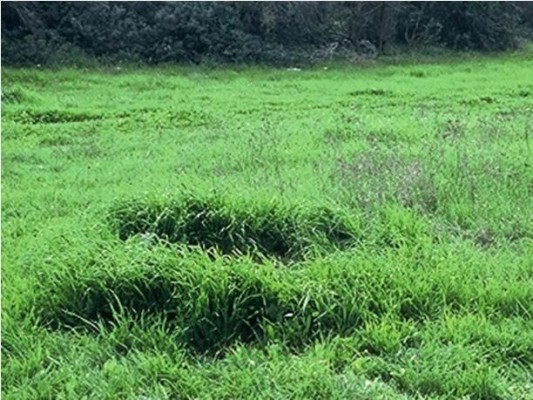 Fig. 8.7.5: Grassland at the Shefela, near Sdot Micha; tall plants growing on an ant nest are seen in the foreground. 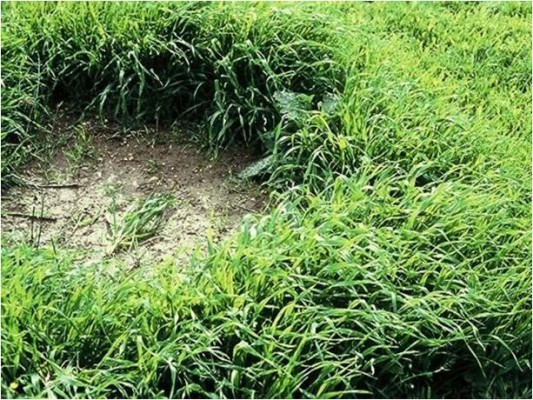 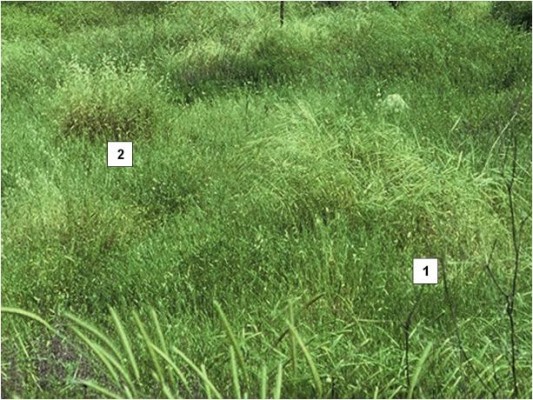 Fig. 8.7.7: A field of annual cereal plants in Jerusalem. 1. A patch dominated by Hordeum spontaneum (the wild progenitor of the cultivated barley) on a nest of harvester ants. Its prominence is caused by movement of the spikes by the wind. 2. a patch dominated by Avena sterilis over an ant nest. 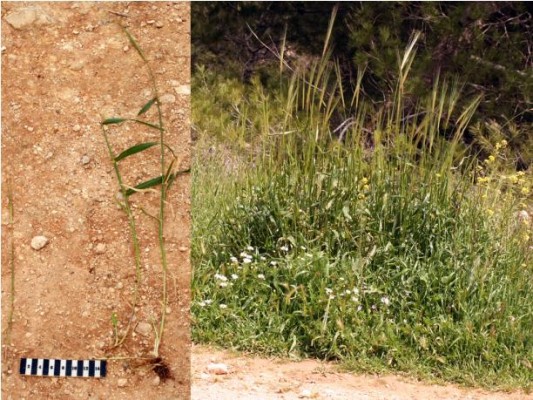 Fig. 8.7.8: A patch of Hordeum spontaneum near a nest of harvesting ants on the right of the picture; on the left, a large, dark green, branched H. spontaneum plant, from above the nest, and near it a small, light colored, unbranched barley plant from the area, unaffected by its proximity to the nest. 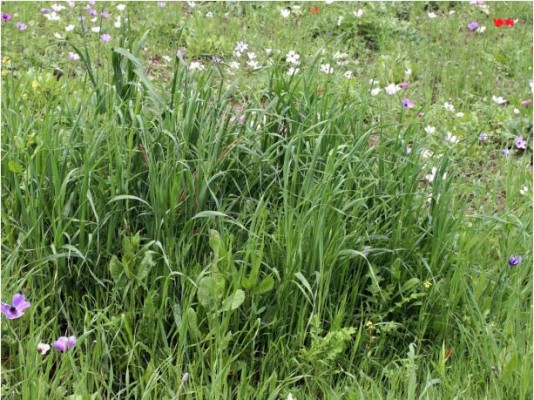 Fig. 8.7.9: A nest of harvesting ants in a colorful anemone field, Esdraelon Plain, Megido landing strip. The main contributor to the high vegetation close to the nest is Avena sterilis. 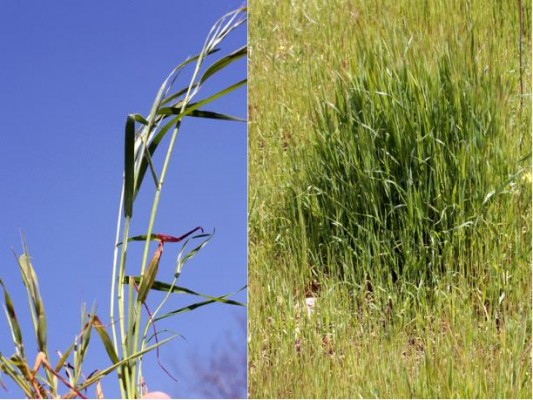 Fig. 8.7.10: A patch dominated by Bromus sp., near an ant nest at the right side, On the left a large, dark green branched Bromus from near the nest; near it, a small, light colored, un-branched Bromus uninfluenced by the nest.

A field that was cultivated and abandoned in a terrace near Kiryat Menachem had a dark-green spot that did not look like a patch of barley or oat (Fig. 8.7.10). Checking the plants revealed a young (and hence hard to determine) annual Bromus. At the left half of Fig. 8.7.10 there is a small, light-green specimen and a dark-green specimen from near the nest. This finding implies that there are more plants that are related to ants’ activity and opens the way for further investigation. Among these plants I could list Sinapis alba and Hirschfeldia incana as having prominent inflorescences. I anticipate the finding of additional species that are ant-related but have a more “modest” appearance.