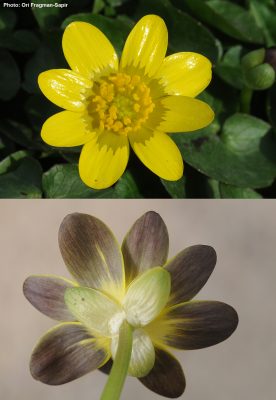 When submitting the last chapter on biogenic weathering of limestone to Hadar Bar-Shalom, I started to think of the next chapter I wish to write for the internet medium of the present and future, based on my past observation. My observations on plant-ant relationships were the best candidate I could think of. In those days I was discussing through e-mail correspondence with Simon Cohen-Sivan, the nature of a Fumaria species he collected in Haifa. This discussion motivated a small study I started on the genus Fumaria.

When constructing the key for determination of Fumaria in the “yellow analytical flora” (1991) I prepared a dichotomic path with three foremost diverging points: the first character was the flower length – above or below 9 mm. The second was the width of the calyx lobes as compared to the width of the corolla. The third was the direction of the pedicels of ripe fruits. They may remain erect as in the flower or become deflexed (Fig. 8.1.2). I was planning a walk from Rechavia to Givat Ram (suburbs of Jerusalem), collecting samples on my way. At the border of the Saker Garden, there is a dividing wall built of natural decorative stones that are rich in holes and fissures (Fig. 8.1.1). This wall is populated by Fumaria capreolata forming in winter a continuous belt of that species. It resembled the belt of the same species I saw a day earlier in Bet HaKerem.

A hypothesis on the relationships between the habitats of this plant in the two places began to grow speedily in my mind. I began to think of photos of a ripe inflorescence with pedicels, each terminating in a wide opening that looks like a trumpet (Fig. 8.1.2). These virtual images joined the fact that there was a wall and a side-walk near it. Carduus argentatus, dispersed by ants, grow in a similar position near the garden wall of my home, and in summer small ants abound in this site. I assumed that if Fumaria capreolata is also dispersed by ants, then there should be an oily body at the transition from the pedicel to the nutlet. The sample I had in my hands looked “promising” (Fig. 8.1.3). At home I prepared a longitudinal section in the fruit and found, as predicted, an oily body at the nutlet base (Figs. 8.1.4-8.1.6). I pressed a nutlet of Fumaria capreolata onto a piece of white paper and took photos with light from above and from below the paper. The oily material made the paper translucent for at least a few days after the water dried out (Fig. 8.1.7). 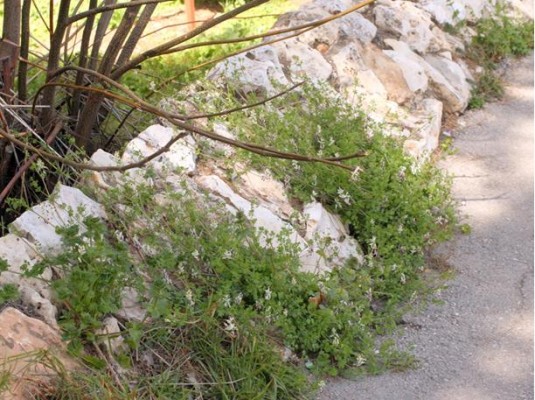 Fig. 8.1.1: A wall built of natural stones by a side walk in Ruppin Street, Jerusalem. Fumaria capreolata grows in the soil pockets. 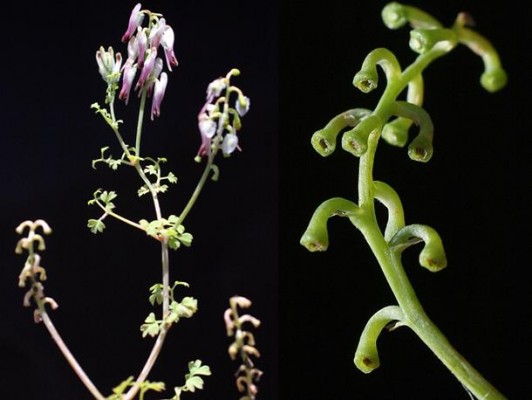 Fig. 8.1.2: On the left, F. capreolata with empty inflorescences after nutlets have been dispersed. Bent pedicels remained, which look like trumpets. On the right, close-up of an empty inflorescence bearing trumpet-like pedicels. 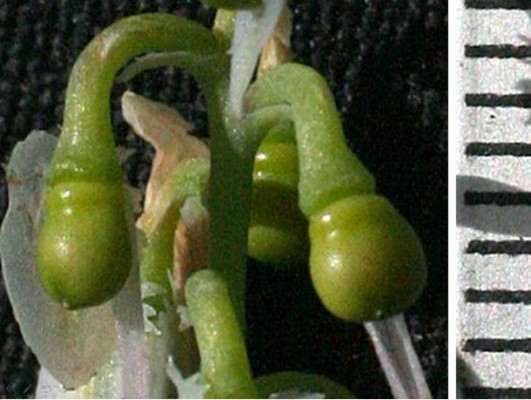 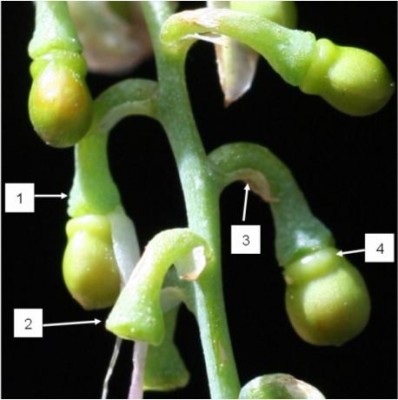 Fig. 8.1.4: 1. A fruit developing after pollination, borne on reflexed pedicels. 2. A pedicel after dropping off the nutlet it carried. 3. A bract. 4. An oil-body (elaiosome). 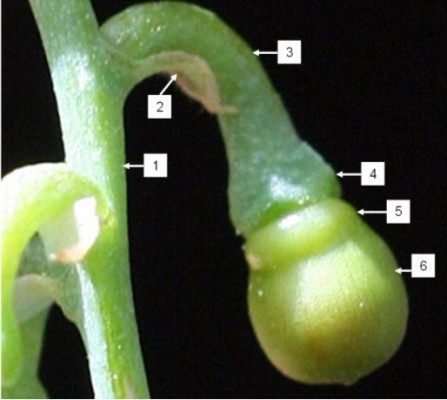 I kept studying other Fumaria species and found that F. densiflora, F. parviflora, and F. judaica do not have such an oily body. These events were selected to represent the introduction. It clarifies my route in the search for interesting subjects to deal with. The ant-plant relationships gave me a very pleasurable feeling of suspense, thoughts, investigations, and discoveries. In this specific case all the pleasures arrived in one day. In the following chapter I’ll write how I arrived at these observations that enabled me to combine ecology, investigations of plant communities, plant morphology, and getting to learn the biology of species found in Israel. 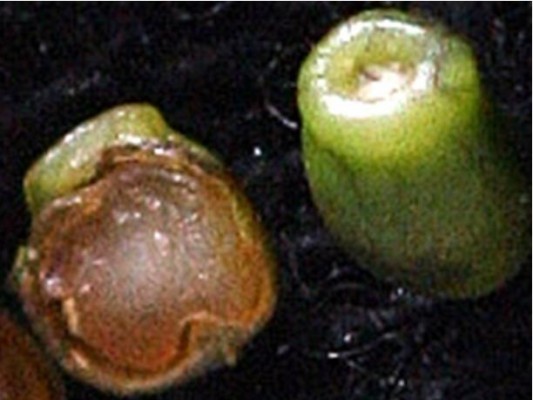 Fig. 8.1.6: View of a nutlet from its base (right side). The upper translucent part is the oily body; on the left side – longitudinal section of a nutlet displaying the position of the oily body at the base of the nutlet. 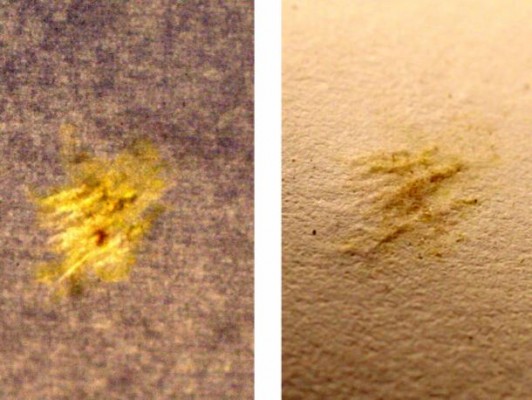 Fig. 8.1.7: A patch (some 5 mm wide) caused by squeezing an oily body of F. capreolata onto a paper. On the right, lit from above and on the left lit from below, displaying some transparency in the oily patch.