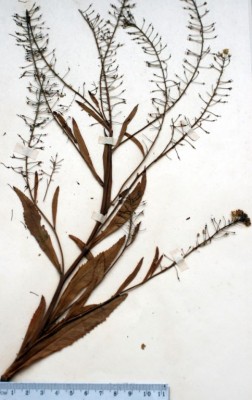 Batha dominated by Fumana thymifolia (Fig. 2.2.16) is rather rare and is always poor in species diversity. During the early 1950s I studied the vegetation on a marly chalk area some 5 km east of Har Tayasim. In bathas of Cistus creticus and Cistus salviifolius there were old and weak shrubs of Dittrichia viscosa. Observing additional areas of marly chalk in the Judean Mts., I saw annuals with D. viscosa in the first stages of growth, in areas that had been ploughed and abandoned; later, they changed, when the first stages of succession gave place to later ones. As time passes, the ploughed soil stabilizes, a microbiotic crust develops (Fig. 2.2.8), and annuals become rare. One of the annuals typical of this terrain is Polygala monspeliaca (Fig. 2.2.17-left). For a long time this habitat supported a wealth of Ophrys species (Figs. 2.2.17-right, 2.2.18-left), which bloom in the spring. There was also a diverse population of Orchis galilaea (Fig. 2.2.18-right). Large Arbutus trees (the Californian relative of this tree is known as "madrone"), which were not cut at the terrace margins, became seed sources for the abundant seedlings that have typified the Light Rendzina terraces during the last few dozen years. The trees developed into a rather unique maquis of which there are only a few in the entire country (Figs. 2.2.19-2.2.21). When the Arbutus develops without being cut, its trunk and branches thicken and the shadow formed by the canopy affects the tree itself and its neighbors. Branches that develop below the dense canopy die, shed leaves, become black, deteriorate and fall off (Fig. 2.2.22). Trunk tissue grows up and covers the remaining scar where the lateral branch died. In this way the trunk remains smooth (Fig. 2.2.23). This phenomenon resembles the "self trimming" that takes place in many Eucalyptus species in Australia and in many shrubs in the fynbos vegetation of S. Africa. Many researchers explained this process as the evolutionary adaptation of plant families that evolved in conditions of nutrient deficiency. Nutrients contained in the branches are returned to the soil as a result of the trimming. Additional echoes of evolution under conditions different from those of Israel may be seen in the seasonal peeling-off of the trunk "skin" (Fig. 2.2.24). This process is common in trunks of many introduced Australian Eucalyptus species and the American Cupressus arizonicus . 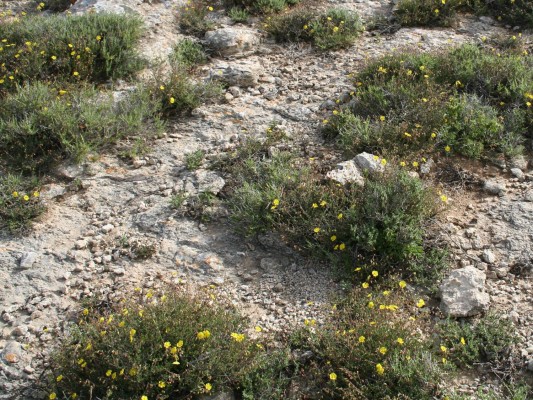 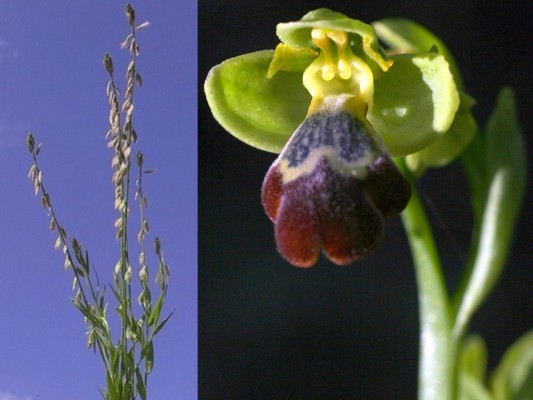 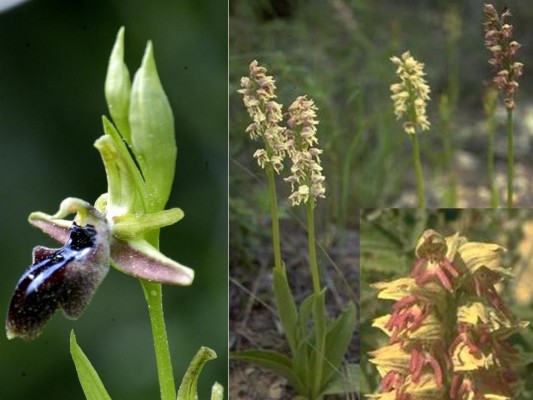 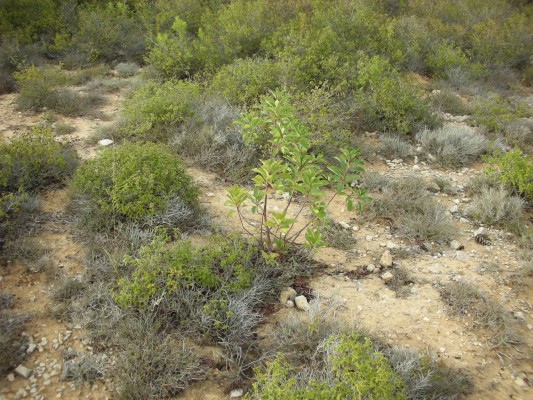 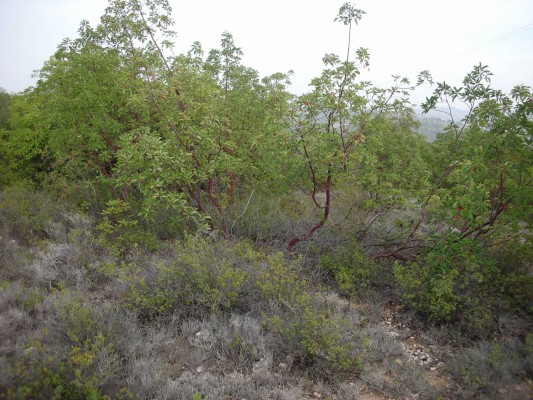 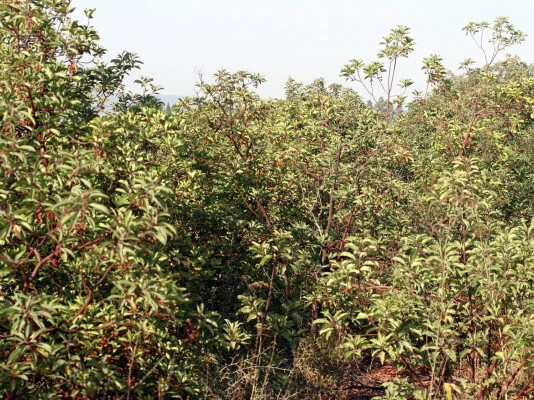 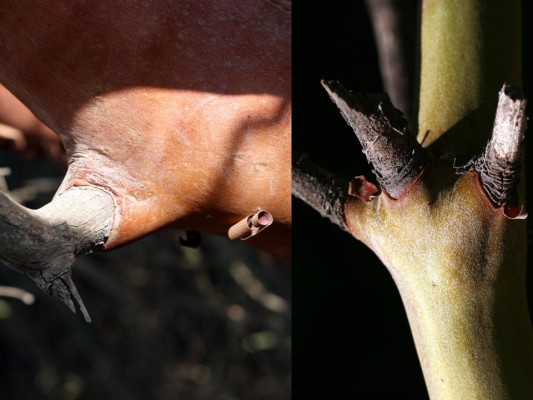 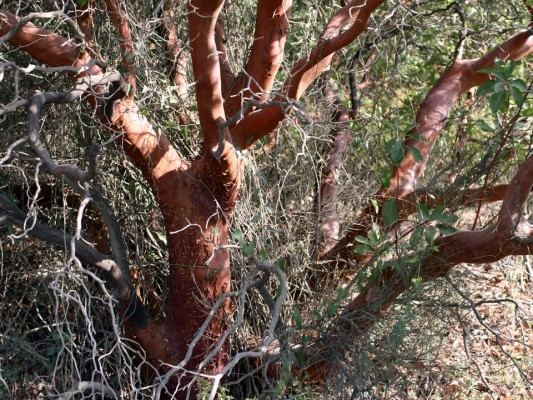 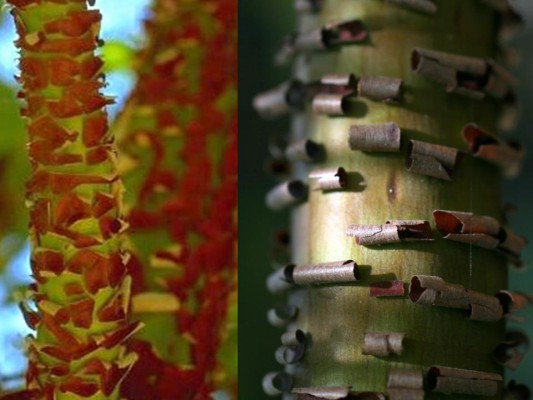 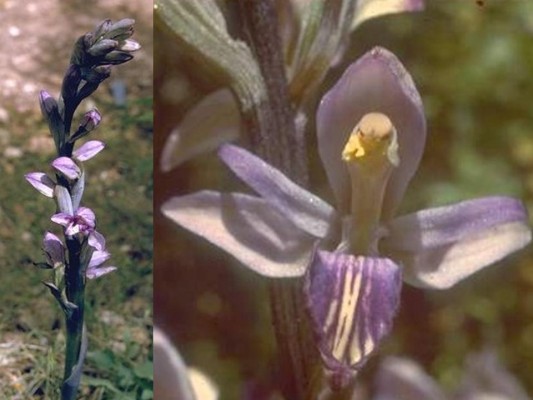 In the 1960s, a high rate of germination and tree establishment of Pinus halepensis and Pinus brutia took place on the Motza Formation (2 in Fig. 2.2.2). At that time, most of the open area was covered with bathas of the two Cistus species, Fumana thymifolia and Coridothymus capitatus. Seeds of the two pine trees are distributed in great quantities from the pine plantations of the Judean Mts. The batha plants protect the pine seedlings from strong solar radiation and desiccation (Fig. 2.2.26). Quercus calliprinos trees germinating and developing in this habitat remain dwarfed with small leaves (Fig. 2.2.27). They become yellowish, and preliminary mineral analyses done on their leaves pointed to deficiencies of iron and magnesium. There is a significant difference between leaves of a random branch derived from oak trees from unit 3 and a random one from oak trees from unit 2. Over the last few years the population of pine trees has become dense. The pine started to win out over the rare plants of Har Tayasim. Thus, the authority responsible for the management of the nature reserve cut down most of the adult pine trees that had established themselves in the open areas. 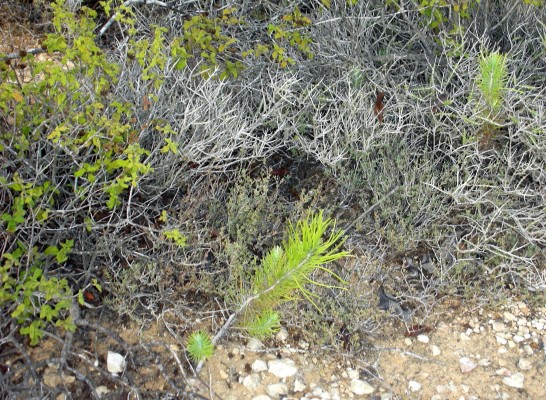 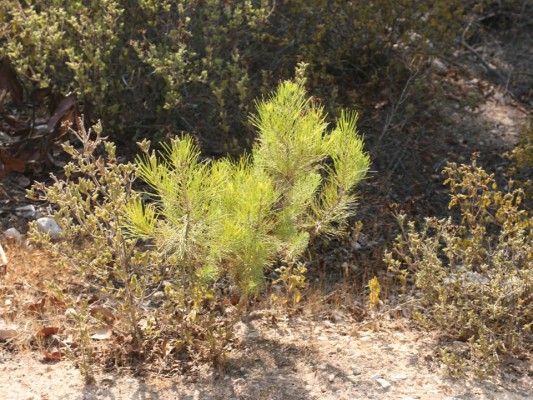 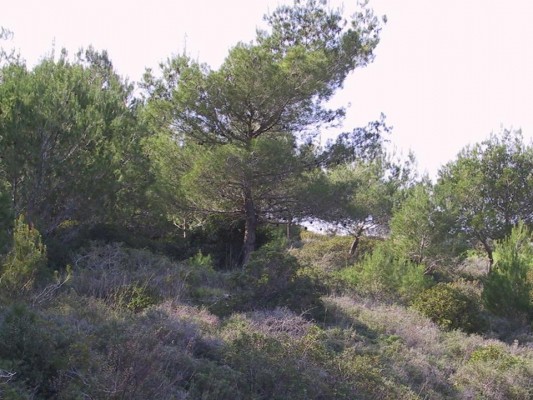 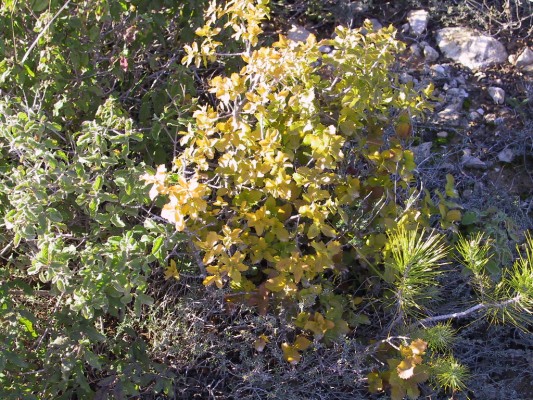